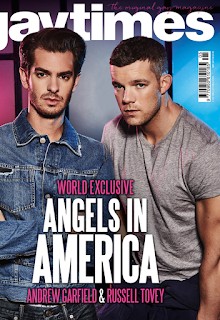 --- Hot Priors - The restaging of Angels in America starring Andrew Garfield and Russell Tovey premiered this week and the reviews appear to be out of this world - see a few twitter reactions gathered up right here. What do we think the chances are of this getting carried over here to the US? Any? Man I want it. Anyway as you see with that picture there the boys are on the cover of the new issue of Gay Times and you can see some behind-the-scenes video from the shoot over here. (BONUS -- click over to the Tumblr for gifs I made of the fellas together.)
--- Six Degrees - Speaking of theater I can't afford, I saw an ad for the new staging of Six Degrees of Separation starring the always awesome Allison Janney on TV this morning and thought about how much I'd love to see that show if I wasn't totally broke right now (sigh) and as if to twist the dagger there's a great big fun article today in The New York Times talking about how the idea of "six degrees" took off as a forever meme thanks to the show. 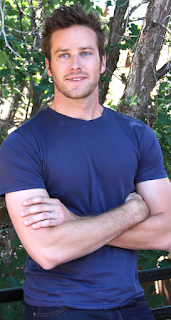 --- Fifties Freaks - Free Fire is out in theaters this weekend and so director Ben Wheatley's been doing the rounds, and as pumped as I am to see Free Fire I'm even moreso about his next not-yet-filmed movie called Freakshift, which stars Alicia Vikander and Armie Hammer as cops fighting monsters - in a chat with Collider Wheatley says the movie will feel full-on like a 50s B-movie, lots of goofiness plus monsters, which I'm totally there for.

--- The Monster - I expressed my dismay at having blanked on this news on Twitter last night with a remembrance of Brenda Fraser's Hot Moment so you probably want to see that, but seriously - how could I forget that Bill Condon, director of the brilliant film Gods & Monsters, is in talks to direct the new Bride of Frankenstein movie? If a new Bride of Frankenstein has to be made (and apparently it must) well, there's probably not a better choice, director-wise. 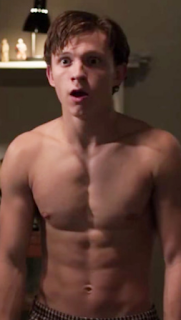 --- Superheroes Ahead - A bunch of folks got to see a bunch of Marvel stuff this week, including a super early look at the Black Panther movie, and it sounds like Marvel is really pumped about what they're getting from director Ryan Coogler and stars Chadwick Boseman and Lupita Nyong'o and Queen Angela Bassett, of course. And also of utmost importance - it sounds like all of the films will keep sexualizing their leading men in the correct ways, too.

--- Oh Norman - As Bates Motel finishes up its run I find myself getting angrier and angrier that its two leads haven't been feted appropriately - the show's often too messy for its own good (I don't care about 85% of its subplots) but Vera Farmiga and Freddie Highmore have given tremendous performances for five straight years now. You do hear about Vera now and then though, so I was happy to see Freddie get some love thanks to this Gold Derby piece - he has been unjustly overlooked. His Norman Bates can stand proudly alongside Anthony Perkins. 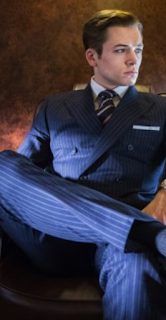 --- Sweet Cheeks - I guess there was a teaser for the trailer for the Kingsman sequel yesterday that flashed by a full trailer in super quick succession -- if you care enough not to wait for the actual trailer to show up you can see captures of its many images over at DH. All I want for this movie, all I demand from it really, is that it end exactly like the first one did, only instead of zooming in on some random girl's butt it's Taron now giving it up for god and country.

---  And Finally I haven't watched this yet but smebody put together a video about "The Cinematic Universe of Andrea Arnold" I am so there for that idea I will watch it as soon as I get the chance. I love thinking about her movies like they're superhero movies.
.
.
Who? Jason Adams When? 11:44 AM

Angles In America will be streamed live sometime this fall in theatres. You can find out the details at National Theatre Live's website.

Rosencrantz and Guildenstern Are Dead with Danile Radcliffe and Joshua McGuire is being shown tonight in Canada and in September in USA.