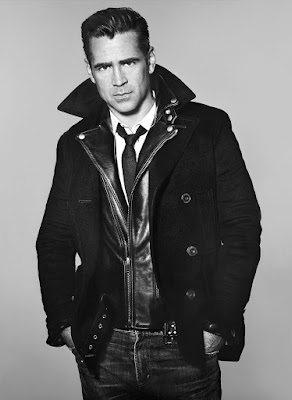 A lot of talk this week has centered upon Nicole Kidman's career ups and downs, shooting off from BuzzFeeds' fantastic piece about just that, and a lot of the talk has to do specifically with her being a female actor, and how female actors have to prove themselves over and over again. I'm not arguing that's not the case, I very much think it is, but I've been thinking for awhile about a lot of parallels between Nicole and Colin Farrell, who is, you know, a male actor. Don't consider me tone-deaf, is all I'm asking. It's just really something that this year, where Colin & Nicole will be co-starring in two films together, has brought into relief.

You could for sure make the case that Colin's had an easier go of it - that he's made a heap of flops that would've killed an actress' career dead. But he, like Nicole, is usually always the best or most interesting thing about those flops, and he, like Nicole, would always go off in between those flops and make something really interesting that would remind us that he's really for real a terrific and underappreciated actor. 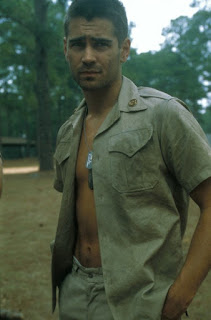 Underappreciated being key - Colin hasn't been nominated for a single Oscar yet. And like Nicole it seems as if mainstream audiences always have this, "Why the heck does he keep getting work" attitude. Colin doesn't have the deep bench of great performances that Nicole has, but he's done some really beautiful work over the years when given the chance - his opening star-turn in Tigerland announced a real talent, and him missing out nominations for both In Bruges and The Lobster wounds me.

Anyway I'm really only thinking through these comparisons this morning because it does feel as if the critical tide has finally turned on Colin, and he's finally getting some respectable attention - his on-going auteur relationship with Yorgos Lanthimos is a blessing, and he's got The Beguiled with Sofia Coppola coming up soon, and today comes word that he is in talks to join the cast of Widows, Steve McQueen's film version of the BBC series, which already has Viola Davis, Cynthia Erivo, Andre Holland, and Liam Neeson attached. Now let's get him his first Oscar nomination already.
.
Who? Jason Adams When? 11:20 AM