A second trailer for Ana Lily Amirpour's cannibal western The Bad Batch with Jason Momoa has been released, and much like the first trailer it begs the question, "Why am I even watching a trailer for a cannibal western starring Jason Momoa that was directed by the woman who made A Girl Walks Home Alone At Night?" I don't need to watch a trailer to know this shit is my business. But I will watch it just in case there's any more Jason Momoa skin to stare at - that's my sacrifice! There's actually not much of him in this one though - it spends more time setting up the world and the rest of the characters. Anyway here:
.


.
In other "Jason Momoa is hot so I will pay attention" news some fun casting has happened over in Aquaman land -- the living breathing action figure that is Dolph Lundrgen has joined the cast! When you're casting a villain (he will face an underwater King that has it out for the aquatic superhero) to face somebody the size of Jason Momoa it only makes sense to grab the biggest mofo out there, and at sixty years old (which Dolph turns in November) he remains one of just those exacts mofos. 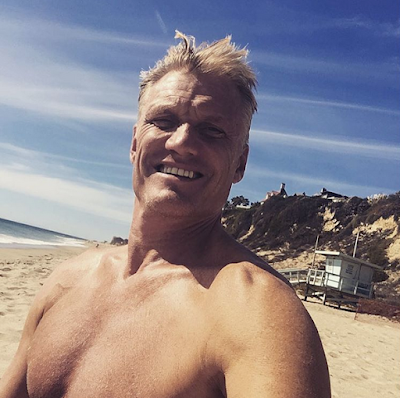