--- Fun Fact: I still have never even sat through the entirety of the original Grease from start to finish. So I definitely have never sat through the entirety of Grease 2. But I enjoyed the heck out of reading Nat talk about the latter in his ongoing celebration of all things Michelle Pfeiffer today at The Film Experience. In random asides he brought up a couple of my most cherish pop culture memories - the two men in bed scene from thirtysomething (which is the first gay thing I ever remember seeing) and Maxwell Caulfield, because swoon.

--- Brown Football Helmet - This year marks the 30th anniversary of the play Steel Magnolias debuting here in New York, and there's an oral history of the whole thing, from original inspiration up through the big movie-star movie, right over here that I highly recommend if you're an enamored with it as I am. There are tons of great details about the film's shoot on location in Louisiana especially; loved the bit about the Dukakis signs, and of course the reminders that Dolly Parton is the nicest gal on Earth:

"We were shooting part of the Christmas scene, and this was in the dead of August, and we were sitting out on the porch of Truvy’s beauty shop. We were waiting, and there was a lot of stop and start. The women were dressed for Christmas, and Dolly was sitting on the swing. She had on that white cashmere sweater with the marabou around the neck, and she was just swinging, cool as a cucumber. Julia said, “Dolly, we’re dying and you never say a word. Why don’t you let loose?” Dolly very serenely smiled and said, “When I was young and had nothing, I wanted to be rich and famous, and now I am. So I’m not going to complain about anything.” 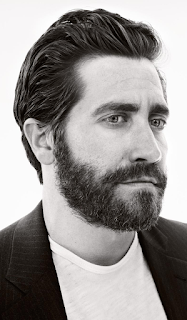 ---  After Life - Somebody yell at me about writing up my thoughts on Life, the sci-fi movie with Jake Gyllenhaal and Ryan Reynolds, please; while I wait for that here's word that Jake is re-teaming with Life's director Daniel Espinoza on a movie called The Anarchists vs. ISIS, which is based on a Rolling Stone article about the true story of "a ragtag team of American volunteers, socialists and outcasts who are fighting alongside the Kurdish militia known as the YPG to beat ISIS in Syria and establish an anarchist collective amid the rubble of war." You can read the original article right here. Or just wait for Jake's pretty face to make it all more palatable, whatever.

--- Earn the Dern - As Big Little Lies finishes up its stellar season and as we wait for Twin Peaks to start in a few weeks Laura Dern's got to find something to do, and she's having no trouble at all, thankfully - she's going to play the lead in Justin "King Cobra" Kelly's movie about phony hipster author JT Leroy, for one. That will co-star Kristen Stewart. And then, because she likes nothing more than mixing shit up she's going to co-star opposite Liam Neeson in another one of his revenge thrillers; she's playing "the wife" (god I hope it's more than that) in Hard Powder, which has Neeson chasing down the drug cartel that murdered his son. 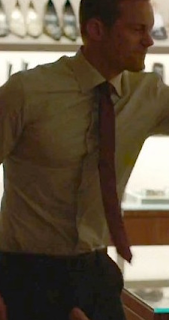 --- But Speaking of Big Little Lies  I hate that people are even asking the question whether that wooden plank Alexander Skarsgard swung around on this week's episode was really his dick or not - if you have to ask that question you have never seen a penis in your life. If you want to see pictures of the fake fake thing click here (link NSFW not for the fake penis but for actual real gay pornography on the sidebars) but I'm not polluting up MNPP with that phony filth. Go real or go home, Alex! (My home, I mean.)

--- There & Here - And let's talk about a different Shirley Maclaine movie now! I got a bit pissy regarding somebody else's thoughts on Hal Ashby's masterpiece Being There on Twitter the other day, so In was glad to read Mark Harris' piece on the film for the new Criterion release, which is more in line with how I read the film. Choice bit:

"Being There asserts itself as a parable about innocence, cynicism, and limitless credulity. We invest people with unspeakable power by reinventing them as reflections of our hopes and our vanities, and it is thus terrifyingly possible for us to endow a complete imbecile who watches TV all day with qualities he has never possessed. This idea will never go out of style; as a cautionary tale, Being There is elastic enough to feel as if it is perpetually about our moment, as long as our moment includes campaigns, elections, and politicians."

---  Hot Potatoes - All of the headlines about Mike Newell's new movie (with the cumbersome title of The Guernsey Literary and Potato Peel Pie Society, which is after a book I am told) are grabbing onto the grab-bag of Downton Abbey actors he's cast in it, but clearly the more important story is the word that it will have a heatwave of dude hotness in the triumvirate of Michiel Huisman, Glen Powell, and Matthew Goode sharing the screen. Somebody get me onto that set, please!

--- And Finally I haven't had a chance to read this one yet but The Guardian chatted with actress Hanna Schygulla about her work with Rainer Werner Fassbinder earlier this week (thx Mac) - I guess they're doing a whole retrospective on the director at the British Film Institute this month, which she'll be taking part in. Also I cant remember if I mentioned this previously but RWF's 1972 TV series Eight Hours Don't Make a Day is being re-released and should play the US sometime this year. That's probably my number one cannot miss event of 2017 (besides Trump's impeachment and arrest, of course).
.
Who? Jason Adams When? 2:54 PM

With all due respect, Grease 2 is like Absolute Beginners. Both of them have an absolutely sensational opening number, but once the plot starts, the picture just dies! Watch the opening and fast forward through the dialogue scenes for the musical numbers. Don't waste time on the rest.

The Guernsey Literary and Potato Peel Pie Society is such a great read. It's told in letter form and by the third page I was hooked. Kate Winslet was attached at one point when it was to be directed by Kenneth Branagh. That would have been great but I'm anxious to see how this turns out.

Love Steel Magnolias in all it's incarnations so thanks for the link. I saw if off Broadway at the Lucille Lortel theatre and Rosemary Prinz was the big name in the cast as M'Lynn. I loved it! It was different from the film obviously but the film did a great job of retaining the feeling of the piece. Of course the movie is actress heaven. Sally was robbed of a nomination!