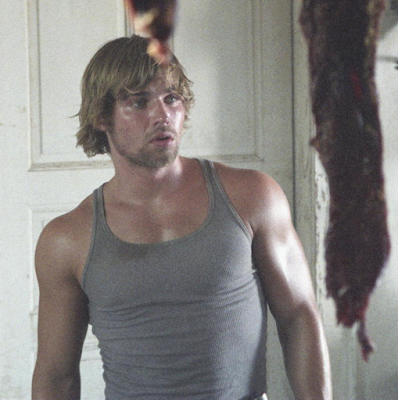 After a week off due to stomach oogies we're back with another round of our "Siri Says" series, in which I ask my phone to pick a number between 1 and 100 and then I choose my favorite five or so movies from the corresponding year. This time around the lady went low and gave me the number 3, and so The Movies of 2003 are where we're at. This works out well because it's a couple of years before we started this here blog so we didn't make a public list but we were still fully immersed in movie-going all the same. So I have real opinions! Imagine that!

There are a great batch of horror films from this year (including one of my favorites of all-time) and if I'd been in a different mood I could've made just a list of those, but I mixed it up a bit. And this is the year that contains the single Coen Brothers movie I have never seen! From what I've heard it wouldn't make the list if I had seen it (and I've put it off for just that reason) but still. 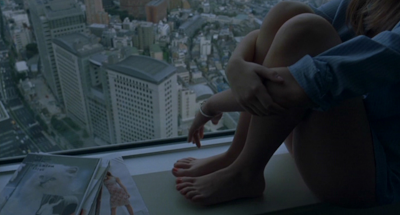 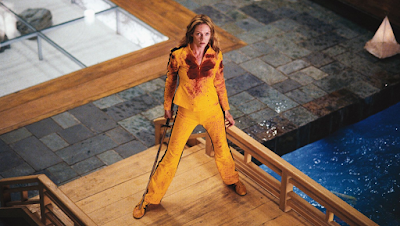 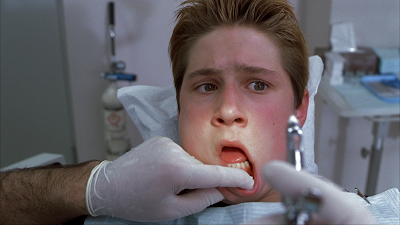 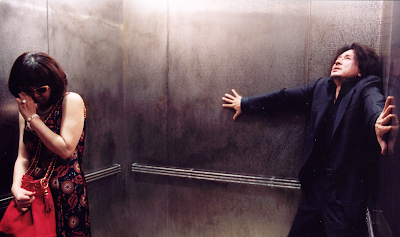 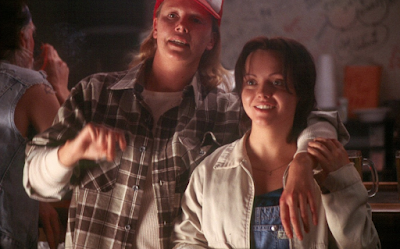 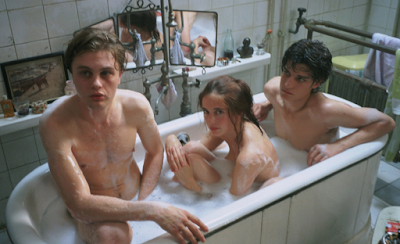 Lost in Translation
A Mighty Wind
The Return of The King
Swimming Pool
Love, Actually (what can I say, it's a classic)

From the movies you chose, I´d pick The Dreamers because it brings me a lot a personal memories. Then Haute Tension is best the european horror movie of that decade and it hasn´t been surpassed yet IMO. And now that JB mentioned it, Swimming Pool was very interesting too.

OMG! I used almost that exact picture from The Texas Chainsaw Massacre as my desktop wallpaper for half of 2003. It's amazing what memories one little picture can bring back. thanks for the jolt from the past!

The top 5 came very quickly this time since I don’t have a too many films from this year that I love. There are some great performances though like Isabelle Rossellini in The Saddest Music in the World or Shohreh Aghdashloo in House of Sand and Fog (so brilliant she was robbed of a Best Supporting Actress Oscar) in films that I didn’t care much for.

Runner-Ups:
Swimming Pool-This was very close to making the top 5.
Big Fish
The Girl with the Pearl Earring
Seabiscuit
Camp

Intolerable Cruelty is very meh so you’re not missing anything special by putting it off.

Kill Bill, 1, a Masterpiece
Lost in Translation, brilliant on the big screen. Eh, on TV
Bad Santa, a far better movie than you'd think
Elf, One of the few Will Ferrell movies I've liked
Under the Tuscan Sun, beautiful and funny
Freaky Friday, saw it on a plane and really liked it
Holes, every bit as good as the book
Triplets of Belleville, magnificent achievement
Station agent, brilliant performances
Peter Pan, fine adaptation and a first with a boy playing the boy instead of a girl
Honorable Mention: American Splendor, 95% of it is terrific, the end doesn't work.

The Dreamers was more or less ruined for me after it was confirmed that Bertolucci was a rape enabler for Brando on Last Tango in Paris. I was fine with tossing out my boyfriend's Godfather DVDs - they were overrated trash anyways - and ultimately it was painful but necessary to toss out Dreamers.

Very nice call on that Peter Pan - it's excellent but few remember (or saw?) it. And of course there were so many other good ones that year, including Triplets, Lost in Translation, The Station Agent, Down With Love, Dogville, and yes - Final Destination 2.

Elephant is tremendous. And I also liked Wonderland, The Shape of Things, Northfork, Dirty Pretty Things, Dot the I, and Camp.

My favourite five for 2003 would be:
Kill Bill: Volume I
The Lord of the Rings: The Return of the King
Finding Nemo
Thirteen
The Station Agent

But we did see Mark Ruffalo naked during some scenes of "In The Cut." In fact, if you look closer in that very pic you posted, you get to see his other head, wink-wink!

I'm actually not ashamed at all that I saw this film just to see him in all his glory, even though most of it seemed to need more lighting.

american splendor*
city of god
in this world
pirates of the caribbean: the first, good one
spellbound [the d-o-c-u-m-e-n-t-a-r-y]