Tom Cullen Has Been Working Out 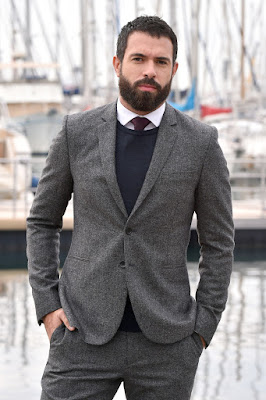 Y'all remember Tom Cullen of Weekend right? Weekend is a good movie so I hope so. Hard to believe it's been over five years since that movie came out but it has indeed been just that, and in the time since he's been on Downton Abbey and he's co-starred in a movie with Idris Elba's bum but we haven't seen all that much of him... and it seems that's because he's been at the damned gym the whole time.

That is from the trailer for Knightfall, an upcoming History Channel series which seems poised to do for the Knights Templar what The Tudors did for Henry Cavill's ass and what Vikings did for three-ways with priests and what Game of Thrones did for stabbing fetuses in the face - make it all the rage! I'm not surprised that The History Channel (which apparently just go by History now?) is getting in on this racket - it makes perfect sense. Knightfall is set to debut this fall. Here's the full trailer:
.


.
But that ain't the only Tom Cullen news - he's also got a movie coming out on March 5th! It's called The Other Half and it co-stars Tatiana Maslany, who everybody and their brother is in love with thanks to that clone-show Orphan Black (which I still have never seen) (I KNOW). The description of The Other Half -- it is about "a grief-stricken man and a bipolar woman who fall in love and attempt to forge a simple life together" -- sounds like a bit much to me (that's a lot of angst in just a few words) but who knows, and Tom looks damn fine in that buffalo plaid jacket he's wearing in all of the photos from it... 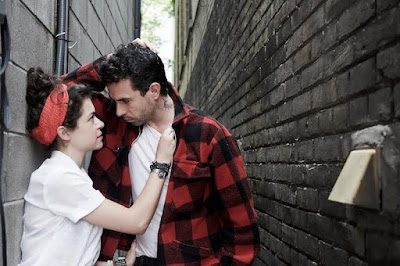 please screencap the crap out of tom's scenes in this show...because there's no way i'll be watching it

just noting that cullen and maslany made the film together and are a couple irl so there (it also got pretty good reviews in festival screenings)
you really don't need to watch "orphan black", it goes downhill very quickly. BUT there's lots of michiel huisman in season 2 so maybe just that

Orphan Black is pretty good, very addictive and she's just amazing. Season 3 isn't the best but the other seasons are very fun. Oh! And in the very first episode (and throughout the 1st and maybe 2nd season) you see a LOT of her very hot, hunky boyfriend. I mean a lot.

I totally recommend Orphan Black. While I agree with the above Anon that Season 3 is the weakest link, the last season (4) is quite possibly my favorite one so far. Plus the show is ending this year, so if you choose to wait, you can binge the whole show in one go.