I Want To Get Well

The Cure For Wellness was announced back in April - see our post here - it is The Ring remake director Gore Verbinski's return to straight horror after filming thirteen thousand straight hours of Pirates of the Caribbean movies. (I say "straight horror" because there admittedly is A LOT of horror in the Pirates movies, which is an aspect that gets glossed over, I think). Anyway The Cure For Wellness stars Dane DeHaan as a dude who ends up at some sort of nightmare cult spa... 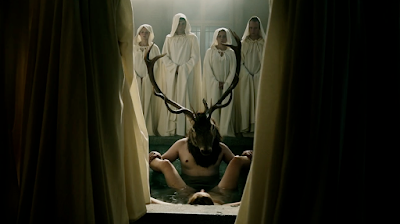 ... which even though this trailer's titles are in Korean and no words are spoken visually it kind of gets across the whole "nightmare cult spa" thing pretty clearly. It's reminding me of both the 1999 House on Haunted Hill remake (an underrated underrated gem) as well as Ken Russell's Altered States, which are things I always want to be reminded of at any given moment, so I say bring this movie on.
.


.
The Cure For Wellness comes out around Valentine's Day - the movie just screened in Austin and over here you can read a round-up of reactions, which seem very positive. Park Chan-wook gets name-checked and again, these are exactly the sorts of things you wanna hear. 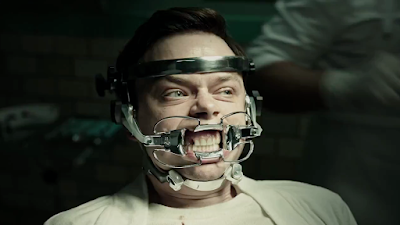