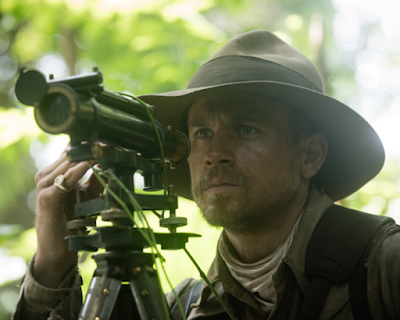 My final review for The Film Experience from this year's New York Film Festival has gone up -- click on over to read my thoughts on James Gray's The Lost City of Z, which stars Charlie Hunnam as a real-life explorer at the turn of the last century who spends half his life looking for his own El Dorado. (Side-note: the film has just gotten a release date of April 14th, 2017.) 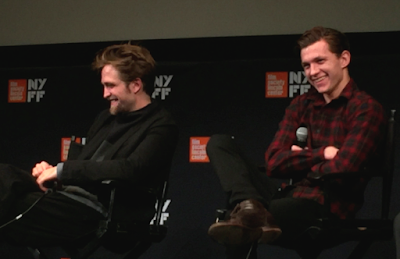 On my Instagram you maybe saw me post some pictures of the folks who showed up for the film's press conference (Robert Pattinson, Sienna Miller, and Tom Holland, mainly) as well as a video of Holland telling a colorful story about injuring himself on set? Well since Instagram only lets you post a minute's worth of footage I figured I'd share the slightly longer video that I have, so here!
.


.
Up top I mentioned that this is my final review from this year's fest for The Film Experience - well there are a few films that I haven't said anything about because other people were covering them that I did see, and I might find time to say something about them myself here on MNPP at some point (stuff like Moonlight and Julieta and 20th Century Women, about which I definitely have opinions!) so I won't say this is my last review from the fest, period. I do need to let my brain rest a bit before I dive into those, though. And thankfully I have the luxury of taking my time when I'm the boss-man! Anyway stay tuned for that sort of thing, if you like.
.
Who? Jason Adams When? 6:06 PM