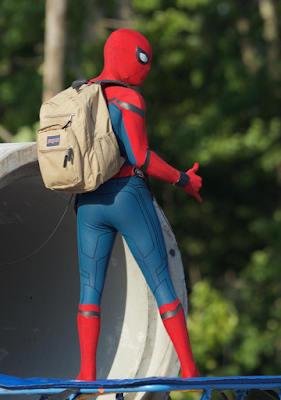 When these the first pictures of Tom Holland in his Spider-man costume on the set of the freshly rebooted superhero franchise popped up online last night I showed them to my boyfriend who was sitting next to me on the couch and the only thing he told me was, "Double check his age before you post those." So I did and I'm happy to let us all breathe a sigh of relief - Tom Holland turned 20 last week. Happy belated birthday, Tom! And you can continue... 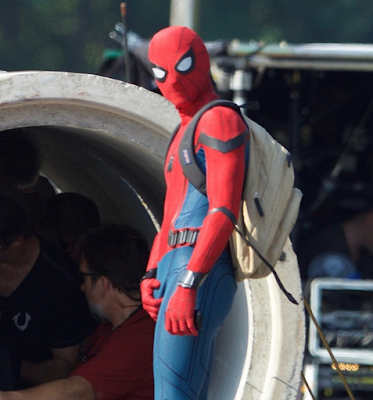 ... to molest yourself in public through your spandex costume some more. We're good! I got the go-ahead. So what do we think of the costume? I like the old-school spandex-ishness of it, honestly - the previous costumes had been getting really thick and rubbery and they'd really begun to feel like something a teenager couldn't have possibly have constructed alone. 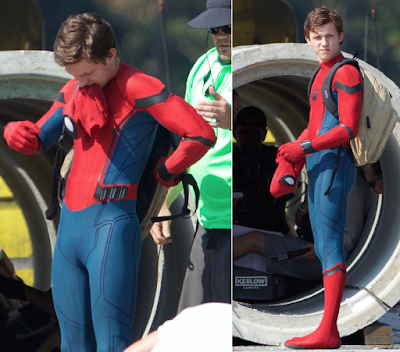 This looks like something a smart kid could've created, or bought and modulated, by himself. I will miss Andrew Garfield's butt-pads though. Anyway I hope Tom's movie works out as well as the Peter Parker scenes in the Captain America movie did, but until then hit the jump for another dozen shots of The Amazing Spider-bulge... 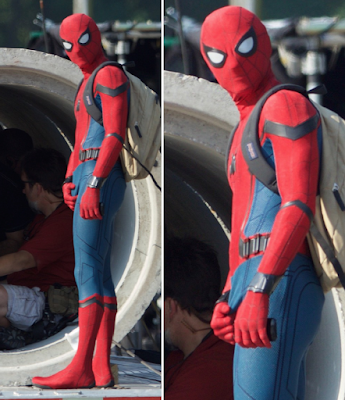 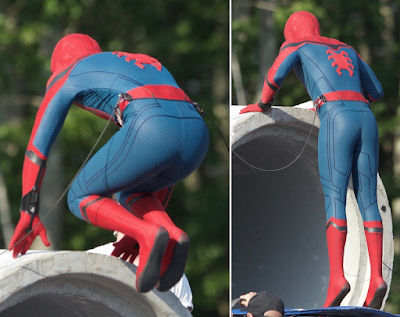 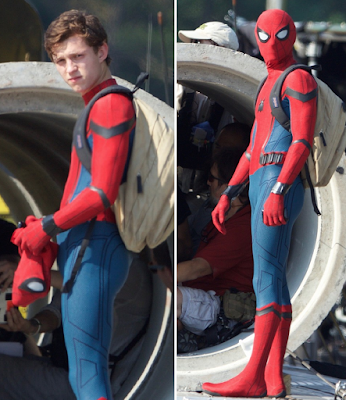 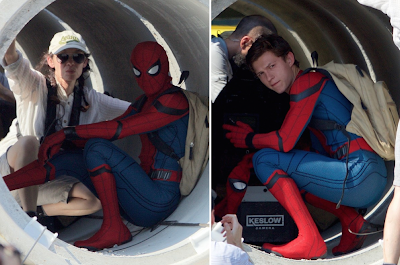 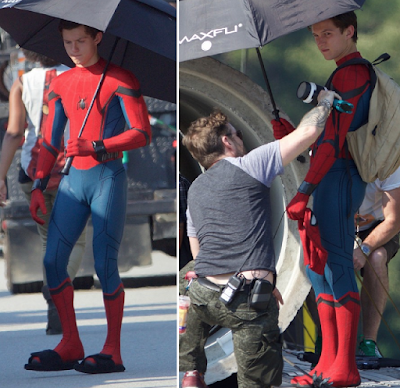 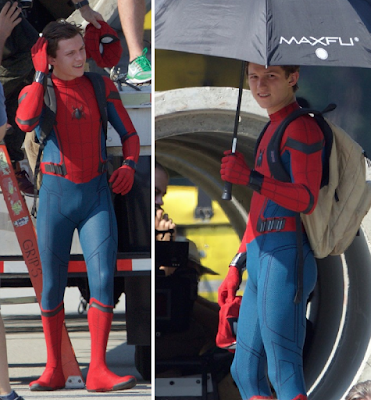 Who? Jason Adams When? 11:26 AM
Labels: birthdays, gratuitous, Tom Holland

That's the LEAST sexy Spiderman I've yet to see! (...and I remember the old 70's TV show with Nicholas Hammond.)

I hate that suit.

i love that butt

That gives me such a hard on.