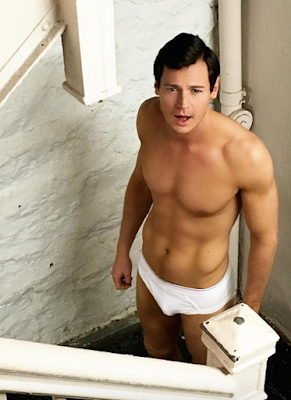 I'm sure if you follow me on Instagram or Twitter or anywhere within a five to five billion mile radius you probably saw that I saw the American Psycho musical a second time yesterday - I was enthusiastic! I am enthusiastic. I decided about halfway through this time that I probably would be fine going to see this show every night for its entire run. It... settles me. As Patrick says. I actually sat in the front row this time around and man was that an experience. Benjamin Walker's tighty-whities were so close I could reach out and grab them. (I did not.) (sigh.) 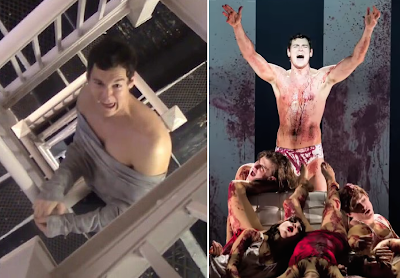 Anyway after the show I went looking through the show's official Instagram account, which I don't think existed the first time I saw the show when it was in previews and sure enough, gold. There are several hot dudes (and ladies, if you're into ladies) in the show that you can see at that link behind the scenes of this sexy scary show, but we're just gonna post all the Benjamin Walker pictures because he looked right into my eyes yesterday as he "murdered" someone while covered in blood in just those underwear... and it's totally love. Hit the jump for a few more... 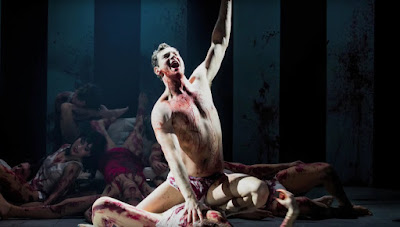 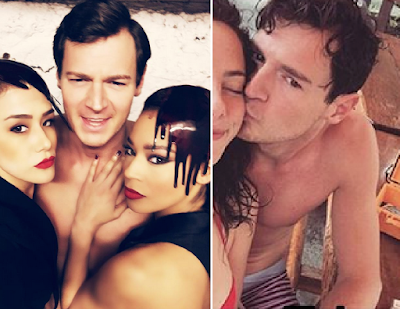 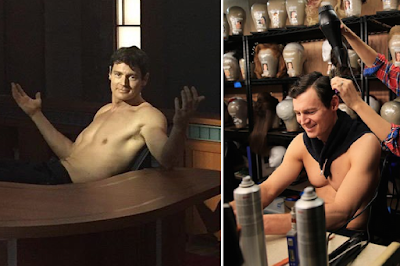 Saw it last night. Unsettling and cool staging. And the actress who plays his fiance is comic gold. But those undies, he kept pulling at them to get things in place...