Call Me By Your Hammer 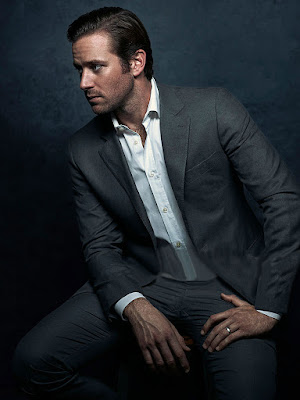 Sometimes a story will slip through the cracks that's of such monumental importance that it shakes me to my very foundation - it makes me wonder if I am doing my job here, or if I am merely beating off in the breeze. And today, sadly, has become one of them days for soul-searchings, because how I managed to miss this... this... it's just too much to bear.

"A few days ago in Crema, Italy Luca Guadagnino began filming Call Me By Your Name, a new film based on the best-seller by André Aciman. Guadagnino, James Ivory (A Room With A View), and Walter Fasano (I Am Love) have written the screenplay, and Guadagnino has assembled an international cast: Armie Hammer (The Lone Ranger), Timothée Chalamet and Michael Stuhlbarg....

... In two weeks, [Guadagnino] will start filming ... “Call Me By Your Name,” in which a 17-year-old boy has a romance with his father’s male house guest, who is to be played by Armie Hammer. Mr. Guadagnino promised plenty of nudity in that film too. “And it will be shot in CinemaScope,” he joked. "

Well if nothing else I guess I can ameliorate my existential crises a bit with the fact that this news hasn't been reported officially yet - these details have been scattered here and there and the trades have not announced the project yet. But it is really happening -- pictures from the set are around:

Not sure who the actress is (the IMDb page is still slim pickings) but the teenage-looking one is the actor Timothée Chalamet (he's actually 21) - you might know him as the son in Interstellar or Dana Brody's boyfriend on Homeland - and the older dude is of course the great great Michael Stuhlbarg. I'm guessing they play his parents. 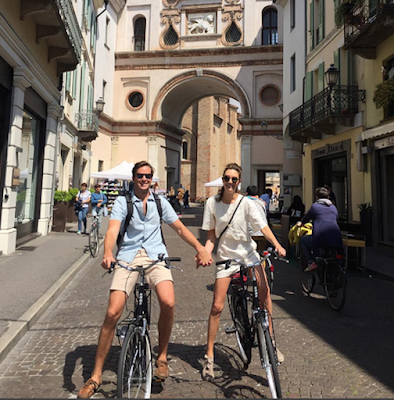 There aren't any pictures of Armie on the set that I can find, but he has been in Crema, Italy for a couple of weeks via his (and his wife's) Instagram, so our stalking pays dividends. This is happening, people!

I haven't read Aciman's book (although I have already bought a copy before even finishing this post) - have any of you? - but it's from 2007 and the New York Times review no less begins with the line, "This novel is hot." So I have expectations! Especially with Guadagnino, who just delivered unto the world the sex-bomb that is A Bigger Splash, promising us "plenty of nudity." With this and Tom Ford's new movie, I feel as if Armie Hammer could be moving into an important pandering-to-gays phase of his career. We're here for you, Armie. 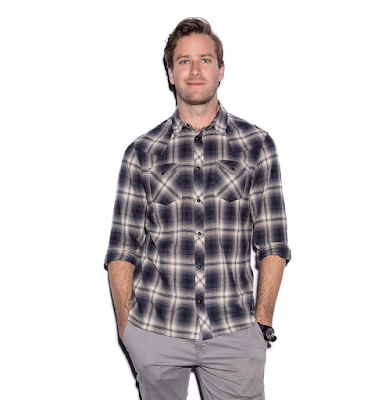 Who? Jason Adams When? 11:29 AM
Labels: Armie Hammer, Call Me By Your Name, gratuitous, Luca Guadagnino, Timothée Chalamet

This is such exciting news. Guadgnino is the perfect choice to direct this adaptation. The book is sublime and so, so sexy. There is one paragraph that is a lurid description Armie Hammer's character's ass, which should make for some...ahem...interesting cinema. CAN'T WAIT!

Have read the book and if they capture one tenth of its sexual heat, this movie will be like a two hour loop of Top Gun's volleyball scene. You will never look at peaches the same way again.

Call Me By Your Name is a very beautiful and - indeed - highly sensual novel. In fact, along with Carol, it's my favourite LGBT novel.

Fingers crossed they keep the peach scene in...

Do you know if it'll be a wide release or a movie made for some US festival that us in other countries can only dream of seeing? (Like King Cobra and I Am Michael)

OMG THIS IS THE BEST NEWS! I definitely was thinking a lot about I AM LOVE as I read this book for the first time, so Guadagnino's involvement is perfect. This book is definitely a scorcher, and both of these leads are hot pieces. I literally can't wait for this.

Welp, I'm adding this book to my list immediately and

"Mr. Guadagnino promised plenty of nudity in that film too"

Hadn't heard of this book,but after reading this news, i bought it digital off amazon and read it all in 2 hours.
It's really good. Can't wait for the movie!

God, I hope it's not going to be another 'A Bigger Splash', designed to titillate repressed American festival-goers and nothing else.

If the gowns are by Dior again (or whatever twink-centric version they have for this) I swear I'll scream in the cinema.

I am not for him. Count me out. He's got the look, but can he act? He's getting roles because he is coming from old money? Ugh. Some idiot was claiming UNCLE(screw the periods) was the most underrated flick of last year! You wish! Two wooden actors and one lazy dirextortion? I don't think so!

dirextortion?! Darn autocorrect.
No, wait. It'sreally wrong. At least, Every penny in the pallimony he got from Vapid Vadge was earned, every red cents.

dirextortion?! Darn autocorrect.
No, wait. It'sreally wrong. At least, Every penny in the pallimony he got from Vapid Vadge was earned, every red cents.

I am not for him. Count me out. He's got the look, but can he act? He's getting roles because he is coming from old money? Ugh. Some idiot was claiming UNCLE(screw the periods) was the most underrated flick of last year! You wish! Two wooden actors and one lazy dirextortion? I don't think so!

Unknown said...
This comment has been removed by the author.
8:04 PM

P.S.@ dk468 if someone likes a film, it DOESN'T MEAN YOU HAVE TO LIKE IT as well, it's an opinion! I hate idiots who have to take everything so seriously.

And now is the perfect time of year to read the book, when it's getting all hot and sticky out. A perfect summer read.

I just started the book on the subway this morning on my way to work and 20 pages in I do not want to put it down, I was immediately thrust into this kid's head-space -- so far it's fantastic, and capturing those moments of first lust with great skill.

I have to admit (overshare) that it might not be the best for public reading though, I was forced to shift in my subway seat a bit already and nothing much has happened yet! Good thing I had my bag over my lap!

'Call Me By Your Name' is one of the best books that I've ever read. I've read it twice and it still gets me. And now that it's going to be a movie, I'm very very excited plus Armie 'Cinnamon Roll' Hammer portraying wonderful Oliver, i couldn't ask for more.

Oh my fucking God! I can't believe that I only found out about this now! I can't even begin to metabolize the complex emotions I'm experiencing right now. This book is one of the best things I've read in my life. I'm so excited for this film.

I have to admit that I haven't really watched anything by Luca Guadagnino, but seeing as he made "I Am Love" I'm not worried.

I adapted this exquisite novel into a screenplay back in 2007. One of my wonderful English professors introduced it to our class for Queer Literature. It changed my life. Read it entirely through the night and into the morning, and almost immediately understood that this needed to become my thesis. Two years later and 92 pages later, it was done (The San Clemente Syndrome, as well, though separate from the actual script).

I'm surprised by how gutted I feel that I'll never be able to make my adaptation... But I'm thrilled it has found a home in Mr. I Am Love. I honestly feel it makes perfect sense. The casting is beautiful; Timothy has the soulful quality Elio will require, and I'm beside myself with Armie's casting!

NC-17 or no go. It's one of the few pieces of queer literature where the sex scenes ARE, actually, intrinsic to the emotional plot.

Now I shall go bury my head in the sand and pray this isn't a complete and utter farrago.

I would absolutely love to read the screenplay, if at all possible. My email is wiscottcurtis@gmail.com