Michael: Do you see this writing? Do you know what it means?
Hospitality. And you can't piss on hospitality!
I WON'T ALLOW IT!
Joshua: What are you going to do to me, Daddy?
Michael: Tightening my belt one loop so that I don't feel hunger pains, and your sister and mother will have to do likewise. Okay, Joshua. You wanna get rough with me? You wanna show me that you don't like the choice of this house for our vacation by going on a hunger strike? Well, I'll accept the challenge. But just remember when I was your age, I really did suffer from hunger. We'll see who gets through this, but just remember I've got more practice than you. I'll see you tomorrow.

Today is the 25th anniversary of the release of the "Best Worst Movie" of all time, Troll 2!  Claudio Fragasso's schlockterpiece was "released" on this day in 1990 -- I use quotation marks around "released" because I have no idea what that means in this context; in the wonderful documentary Best Worst Movie, about the making of the movie and its eventual cult status, all of the actors talk about making the movie and then never hearing anything about it again until they heard it'd been renamed Troll 2 (it doesn't even have any trolls in it!) and released on VHS. And from there, the world! 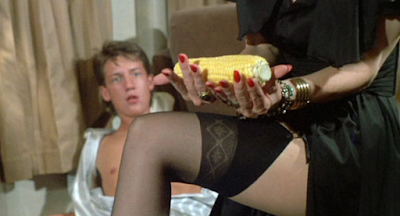