Carol And Everything After 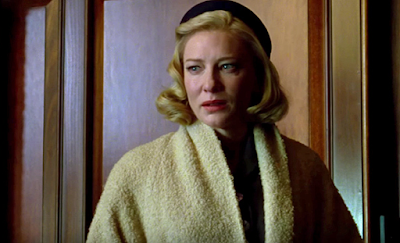 In case you missed one of my scattered links to my reviews from the New York Film Festival as they went up over the course of the thirteen hundred and eleven weeks the festival went on for (it really felt that long by the end) Nathaniel went and gathered up all of our coverage for The Film Experience here in this post, so click on over and find links to my thoughts on Steve Jobs, The Lobster, and many more, plus what Nat & Manuel had to say on many many more.

Now I'm playing catch-up - there were several movies I saw at NYFF that I didn't review, mostly because somebody else did. But, in the everlasting ever-wise words of Jerri Blank, I got something to say! So here let's attempt to get out quick-ish thoughts on six of them. 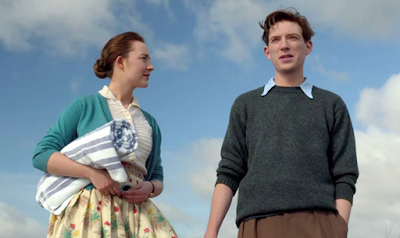 Brooklyn -- Calling something "old fashioned" doesn't in and of itself make for goodness, for baked apple pie feelings. There are lots of "old fashioned" things like Ku Klux Klan rallies and Jane Wyman that are the exact opposite of delicious pie. But thankfully John Crowley's Brooklyn is whipped cream sliding down a berry cobbler; it's the solid construction of 501 jeans. It's well-made and warm with lovely performances; timeless, out of time, instantly. It's like laying your head on your grandmother's lap and listening to her favorite stories as she strokes your hair, presuming you had a nice grandmother who wasn't anything like Jane Wyman. (Damn you, Jane Wyman!) 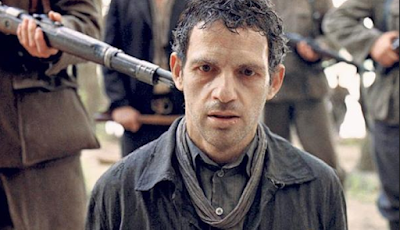 Son of Saul -- Basically Children of Men dropped into the Holocaust in the place of a fake future dystopia, with all of the horror that swap implies then amped up to eleven. There's no awe-inspiring pig balloon drifting in the distant sky here to make us wonder at an outside story, another world - just muck and bodies and more bodies, screams and the echoes of screams, under a thick cloak of encamped claustrophobia (the camera is practically strapped to the main character's scalp) -- it's the sort of verisimilitude that will wake you in cold sweats. And somehow, even as it marches you up into the face of true atrocity, it's so dynamically told that you not only can't look away, you don't want to; you're too emotionally invested in the simple act of kindness at its center. This is what critics say things like "a remarkable achievement" for. 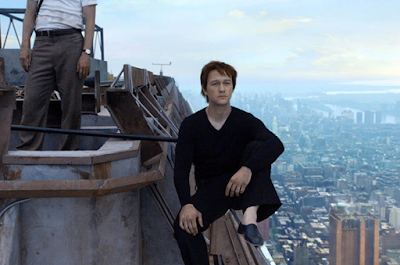 The Walk -- Fairly relentless garbage movie. Listen there is a lightness and a sunny optimism to what Robert Zemeckis does that I wouldn't give up for all the world; we have enough Chris Nolans, thank you very much. But this movie is filled with so many bizarre choices, many of which have already been dissected at this point - the constant scenes of "But wait I have to practice my English, let us speak in English now" to get us out of subtitles, even though Joseph Gordon-Levitt's French was so much less distracting than his French-accented English; the insane "Hey there I'm just sittin' here on the Statue of Liberty" book-ends; all the goddamned juggling...

But all of that stuff I anticipated (well sort of - who could've seen the prancing on the Statue of Liberty schtick coming) since I wasn't that big a fan of Man On Wire either as the real Petit is just a relentlessly annoying human being in the real world; Roberto Benigni on a string. So what was most fatal of all from my perspective (which by value of being "my" perspective I get might not be "your" perspective) was that I was never all that traumatized by the titular walk itself, heralded by many (most) as the film's great achievement. Granted I'm not afraid of heights in the slightest, but I'm certainly capable of awe, and The Walk was a short trip to nowhere, tripping over itself the whole way. 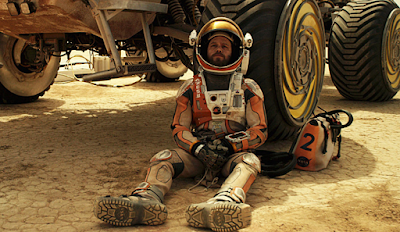 The Martian -- Popcorn, good solid popcorn, and mostly intelligent enough to take two steps to the left and scurry out of its own machine-propelled and predestined way. Ridley Scott's being relentlessly unpretentious here - after the gasping verbal provocations of The Counselor (which I found totally fascinating, by the way) and smothering the Bible in poisoned pixels with Exodus: Gods and Kings (even that title exhausts me) throwing Matt Damon in the dirt and playing disco over it was just about doing a little dance for a hot minute, and it feels good. It feels good for too long though - I think half an hour could've easily been cut, and the news that Scott has a thirty-minute longer cut of the film that he means to release fills me with Martian ennui. 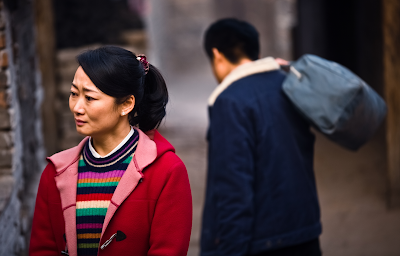 Mountains May Depart -- Zhao Tao, Zhao Tao, Zhao Tao! I just wanna sing Zhao's name, I wanna stand in a field and do a dance beside her in the snow. Depart covers maybe twenty-five years of this woman's small circle of family and acquaintances (the circle expands and contracts like stones in the seasons) but as good as most every piece is you keep wanting to find your way back to Zhao, and the film wisely respects your feelings and does. And there she is again, being great, giving the sort of gently astonishing performance that should make Meryl Streep feel like a lazy ham. 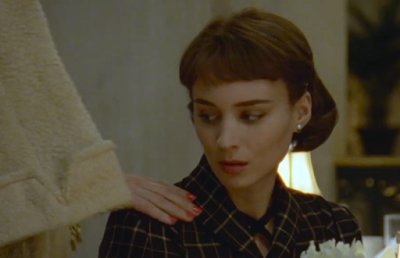 Carol -- It's funny, the first time through with Todd Haynes' Carol I didn't cry at all. If you've been reading anything I've had to say for any period of time longer than say five minutes then you probably know what an easy mark I am, tear-wise - I will literally cry at the drop of a hat. Like, what did that hat do to deserve all this violence? Why, why, whyyyy? Oh my god did I mention the hats in Carol? The hats and the scarves, the scarves! The golf-lady outfit that Sarah Paulson wears that matches the chair she's sitting in so perfectly I'm convinced her character brought the chair with her, tossed in the back of her sedan, everywhere.

Point being the second time I watched Carol all I did was cry. I cried over the scarves and the love-seats, the brooches and Rooney's pinned-up bob, the way Cate Blanchett unfolds her body like angel's wings. The film, which folds and unfolds upon itself, rewards repeat viewing with luxurious feelings, the feelings of luxury - the soft leather palm of a glove sitting on a counter and the reflection of devastating first love snot glimmering in a train window. All of it, as glorious as glorious could possibly stand to be without breaking, reassembling, and ascending unto Heaven itself, leaving us blind and sobbing and blind in its wake.
.
Who? Jason Adams When? 5:26 PM

I enjoyed (more than you, anyway) The Walk and The Martian. I found the plot hole on Mars more annoying than the accent.

Are you aware of all the lady-part metaphors and imagery you use in that Carol review? It was vagina-rific! ;-)

Why do you hate Jane Wyman?

That's like asking why I breathe oxygen or eat food -- it just has to be.

Seriously though... she is awful.

I enjoyed The Walk a lot, even though it was a Hollywood version of Man on Wire, maybe because I watched it in IMAX 3D. And no, those reports of people getting vertigo from watching it isn't true. I get dizzy easily from heights, and the amazing 3D effects in the movie did not make me dizzy at all.