I Am Shocked, Just Shocked... 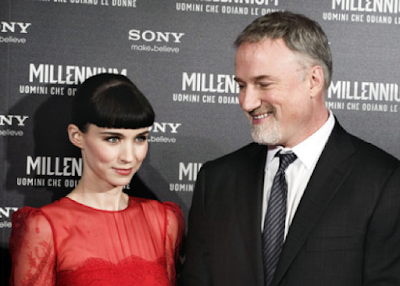 ... that David Fincher wants Rooney Mara to star in his American remake of the brilliant brilliant BLOODY FUCKING BRILLIANT British series Utopia for HBO. I can't imagine what character he wants her to play either. It's a mystery! 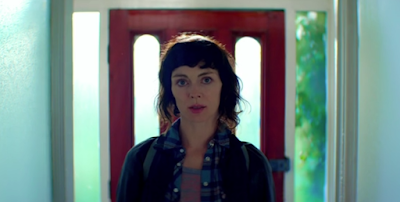 Oh wait you mean to say that the lead female role of Jessica Hyde is kind of tailor-built for a Rooney Mara type creature? Right down to the bangs? Is that what you are saying? Why you may be correct.

Anyway the most important role in the entire series for me is that of R.B. (pronounced Arby, like the roast beef) - in the original series Neil Maskell played him as a terrifying boy-man and he was just so good, so so good, you couldn't look away. I will have to give some thought to an American actor who could pull it off. My first thought is somebody who's a comedian so we don't take him seriously at first, only to prove this is somebone we should take seriously quick-like... maybe Zack Galifianakis? Or somebody Zack Galifianakis like, but sapped of everything but dead-eyed weirdness.

I could keep going on about the cast for the original, and how great and perfect they all are individually and as a unit (ROSE LESLIE) - I still don't see the need for this series to be remade at all; it's in English and it is PERFECT. Fincher ought to just slap a "David Fincher Presents" onto the original and get it released here in the US. I honestly believe the show didn't get a third season because of his intention to remake it; I don't care if the reality of that statement is all conspiracy-theory bollocks. He did it!!! I actually haven't ever watched the finale of Utopia's second season because I am mentally unprepared to be done with the show yet. Some day. I'll probably wait until right before Fincher's version shows up. Me, held at gun-point.

If Jessica Hyde had to be re-cast--and I agree with you, the brilliant, glorious original is perfect as it is--Rooney Mara would be an excellent choice.

Pajiba just posted some other casting suggestions. In the comments, there's an interesting suggestion for an actor to play Lee. I think you'd support it.

JTuck is a good idea for Lee!

I was just wondering this morning if the remake was still in the works. Fincher/HBO totally killed a third series. It's the first thought I had when the announcement came and I still think that's what happened. Rooney is a good choice for Jessica. She won't be as good as Fiona O'Shaughnessy (how could anyone?) but I'd be hard pressed to think if someone better.

I'm excited about who they'll cast as Milner too.

Speaking of creater of Utopias, if you're a fan of British comedy you should definitely see Dennis Kelly's Pulling starring (and co-creator) Sharon Horgan. It's hilarious and filthy and sometimes all kinds of wrong in the best possible ways.

Thanks for the rec, YP! I will look it up