Sweep Me Up Movie 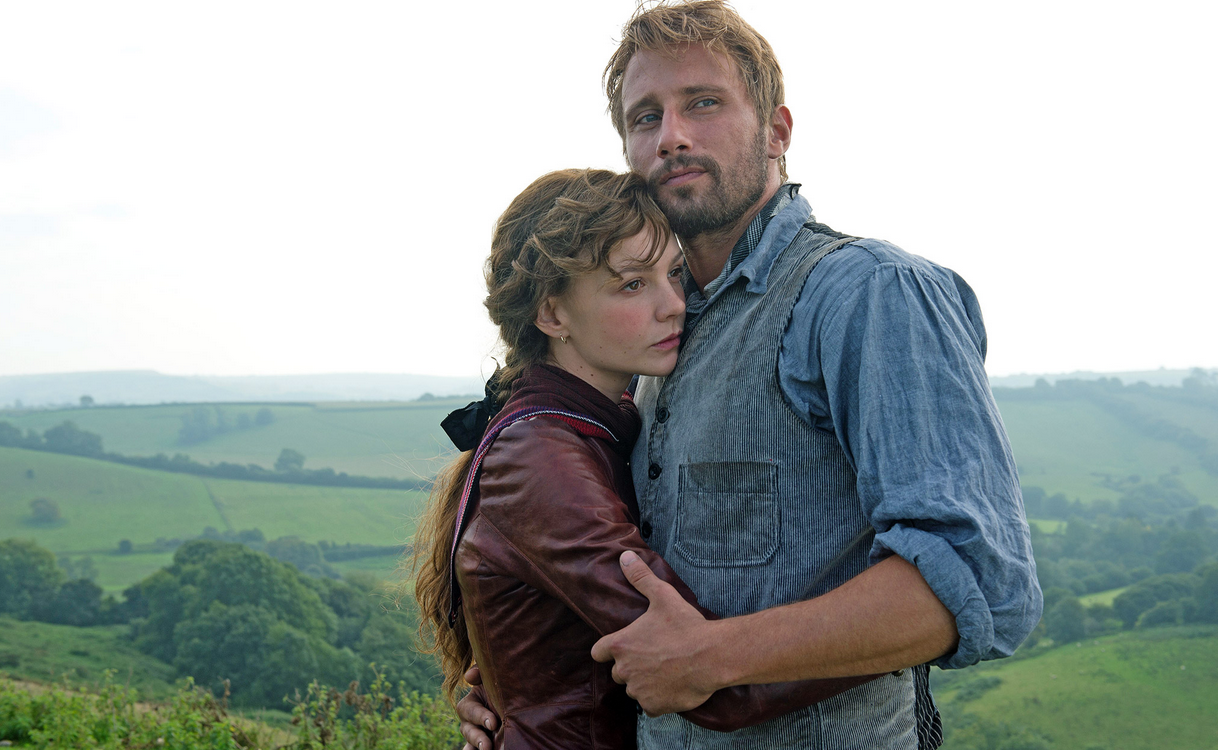 Sometimes the precise right movie for the precise right moment and the precise right mood just hits you wham like a freight-train and there's no arguing with it, ya know what I mean? I'd spent the past couple of weeks watching small, mostly-indifferently-shot indies at the Tribeca Film Festival, starring nobodies and/or slumming somebodies. I saw some good stuff but as soon as the opening credits began to roll on Thomas Vinterberg's Far From the Madding Crowd last night I knew I was thirsty - my eyes and all of my senses were so so thirsty - for a Movie Movie.

I was thirsty for romance and beautiful people in great big costumes and sets telling a great big goddamn sweeping story. I wanted grand emotions flushing their cheeks, I wanted honey-glazed sun-dapple grazing on wheat, I wanted a cast of a thousand sheep, multiple dog actors, mustachioed military molestation - I wanted it all, and I got it all, and I drank down every drop like a dying man. 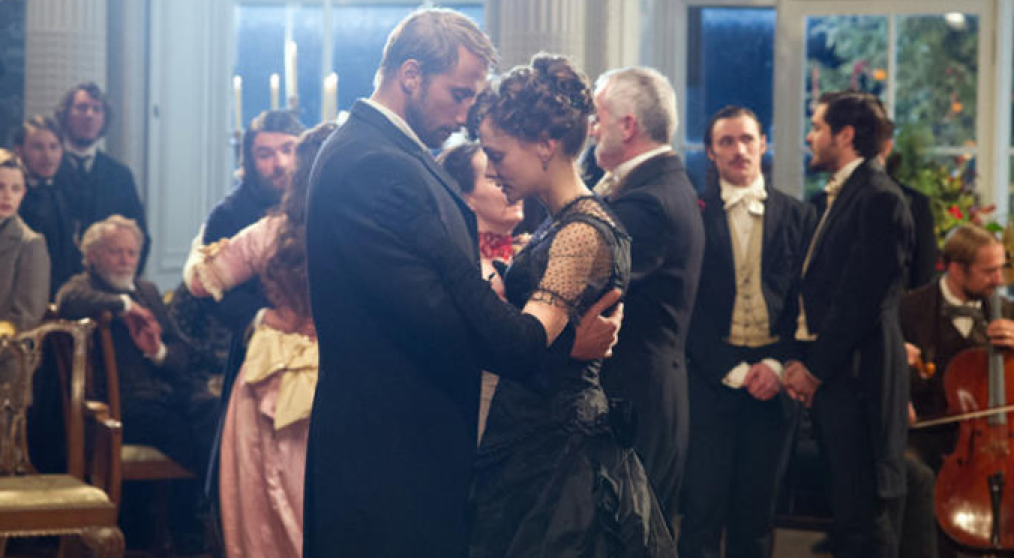 On my more honest side I could tell the movie was running through Thomas Hardy's epic plot like an Olympic sprinter with the flames of Hell on his heels - there are moments when the bigness of the moments coming one after the other after the other right on top of each other becomes too much, comedic even. Characters spend a whole lot of time explaining plot points that by necessity we've had to skip over - Carey Mulligan will walk up to Matthias Schoenaerts at the start of a scene and be like, "Hey how about [this] and [this also] having happened in the past [amount of time] since the last scene cut off? That was something, huh? As for now..."

But I didn't care. The other options were either making the story smaller or making the film move at a slower pace, and I didn't want any of that nonsense. At just shy of two hours it stuffs in a miraculous amount of story and flies, simply flies, on a great big beautiful pair of gilded wings. I can't even tell you guys how into it all I was. I've loved Carey Mulligan since day one and I've never let go (no not ever; I even think she acquits herself just fine in the great big brassy mess Baz made out of The Great Gatsby) and she's just lovely here, a head-strong romantic heroine to root for. She makes Bathsheba's romantic flailings feel of one complicated but exact person, simultaneously practical and passionate.

And who can blame her with the men she's got beating down her door? Director Thomas Vinterberg makes a case for each and every one of her three suitors and you're as helpless and lost as she is amid Matthias Schoenaerts, Michael Sheen, and Tom Sturridge. Tom, pin-prick lithe with the reddest of lips set off against the reddest of uniforms, is practically the romance novel version of a million dollar special effect, slinking in and out on a thrum of sex and danger and all of the exact wrong at the exact right time. You know in your heart of hearts you should not be buying what he's selling, but you wanna believe!

But it's Matthias, from that lusciously sun-dappled frame one, that it's clear we're on a crash course destiny collision with, and the great big Belgian's a lover and a dreamer's dream come true at every turn. He's Westley from The Princess Bride ("As you wish") dropped into the tree-trunk frame of a prize-fighter - he is our battlement, a one-man wall shielding us from all storms... and yet so precise and delicate at the same time that he'll make your knees spin out from under you just on the off-chance he might sweep you up and carry you off. And he will. Of course he will! And you'll love every damn second of it.

I agree, Joel 65913. I'll stick with the Julie Christie/Alan Bates/Terence Stamp/Peter Finch version. If you listen to the song Waterloo Sunset and hear the references to Terry and Julie, it's because the two of them were having an affair while making this marvelous movie!

I watched the trailer for this just after seeing John Schlesinger's breathtaking, perfect version for the first time.

I could not stop laughing at how heinously bad the trailer was. It's like they adapted the script from Cliff's Notes with whichever actors were available to show up for shooting that day. NO. THANKS.

But glad you liked it.

I liked the trailer. The use of the folk song was great. I tried to watch the Schlesinger version a few years ago but I couldn't get into it.

yes, yess, yesss. oh, and thanks for the hurryin'