He Put His Disease In Me

It Follows hit me with the full force of a nightmare - I mean an honest-to-goodness actual nightmare, a recurring one that I had when I was little that I hadn't thought of in years and which this movie brought back with full sweeping horrific force, so much so that I had a desperate time of it falling asleep last night. I'm a zombie today thanks to It Follows, and that's the most I can ask for out of my horror movies.

Listening to people recount their dreams is usually fairly boring but I love listening to people recount their nightmares, at least in the vague sense, so here's the image this movie drudged up from the depths of my subconscious - a horrible apparition in red, tattered, floating at the end of the unlit wood-paneled hallway that extended from my own bedroom down to my mother's room. That's all it did. Floated there. And to this day that floating, that waiting, sends shivers down my spine. 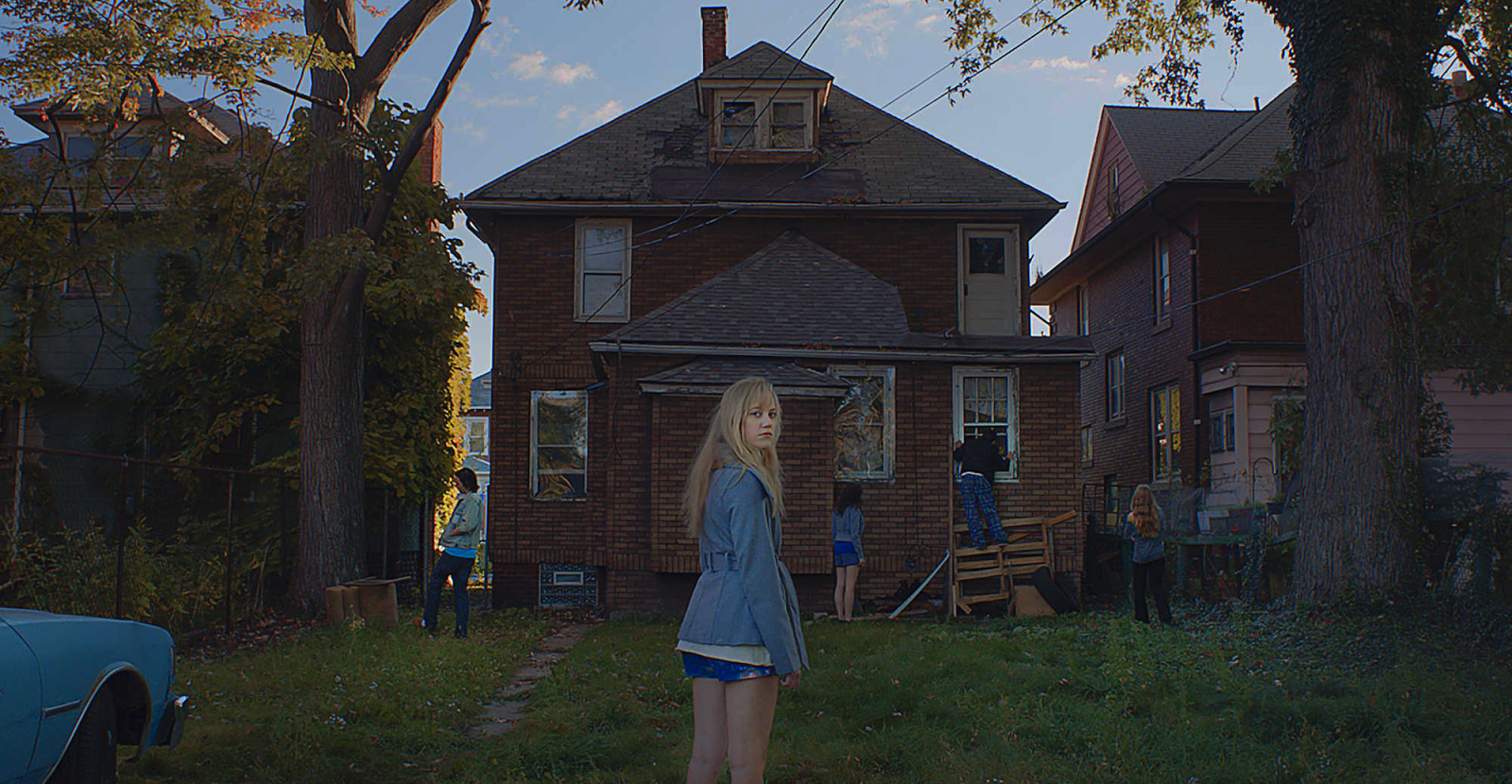 It Follows digs its fingers into the meat of those childhood fears and shakes us around, around, around. It is awash in unease, with its slow zooms seeming to miss the characters in frame entirely, more interested in the endlessly outstretched background behind them - how this movie makes so much open space seem so endlessly claustrophobic will be written about for years.

But as the camera purposefully hovers three inches to the side of the characters, the script refuses to - these are good kids, we like these kids, and we're all the worse off for it. No matter how closely they huddle their bodies - for warmth and camaraderie, for a human connection - the damn camera keeps finding the spaces in between and explotiing them, and letting things, horrible horrible things, float down into the cracks. From inside, the rot spreads. It's such a searing yet delicate decay, this living thing.
.
Who? Jason Adams When? 4:41 PM

I guess the bad acting and John Carpenter music rip-off didn't distract you as I was. Saw this at AFI Fest last year and didn't care for it. I remember being bored by it and not unnerved at all. Oh well that what makes the world go around

This review reads as beautiful like the movie is