First things first, a happy 52nd birthday to Lord Voldemoort himself today! I'm sure Ralph loves that we'll all be calling him that for the rest of his days... actually you know, he probably doesn't mind it - I imagine the Harry Potter movies have made him a wealthy man and so the price of having to hiss at kids on the street for the rest of his life doesn't seem to steep a price when weighed against a second Summer house. These pictures are not from the Harry Potter movies obviously, although I wish there had been a scene of a naked Lord Voldemoort reading the Quibbler in a steam-room, how great would that have been? These are from The Avengers, no not that Avengers, the other Avengers. That's actually that movie's full title now - The Avengers, no not that Avengers, the other Avengers. 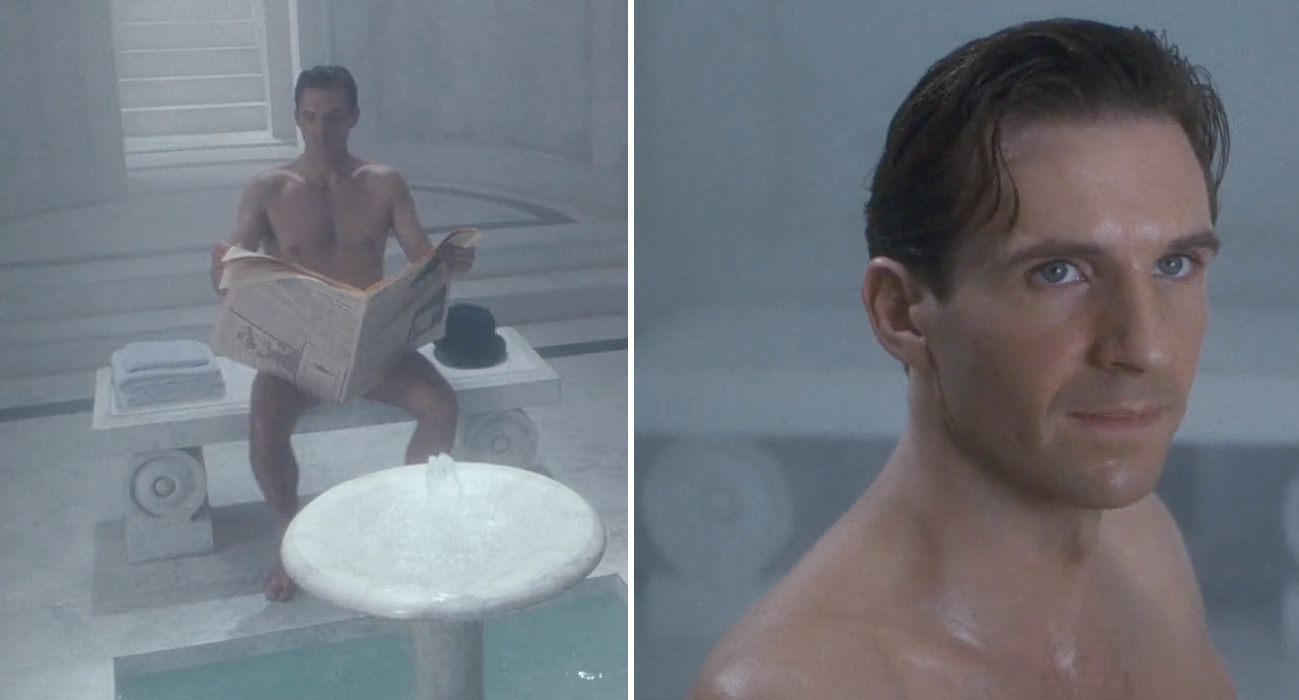 Anyway Ralph aside hello and welcome to Holiday Week 2014, everybody. We'll be around today and tomorrow, and semi-sporadically at that, but we'll try to give you at least a couple of hollies and jollies before we head to holl-jolly ourselves off-line. I imagine I'll note this tomorrow afternoon but MNPP will probably be radio-silent from this Wednesday until the Monday after New Years. Anyway that's not quite here yet so let's get on with it.

You just convinced me why I need to own this on Blu-ray.

I remember vividly sitting in the movie theatre and my mouth dropped during this scene. I think I may have drooled too.

I think this was one of the few scenes in movies that led my attraction to men when I was a kid. lol.

Ralph is such a beautiful, beautiful man.

Re: Avengers/no not that Avengers, the French title of this movie is the same as the tv show's and has nothing to do with the original but might be appealing: Chapeau Melon et Bottes de Cuir (literally: bowl hat and leather boots).

That was my random comment of 2015. Back to drooling over Ralph!