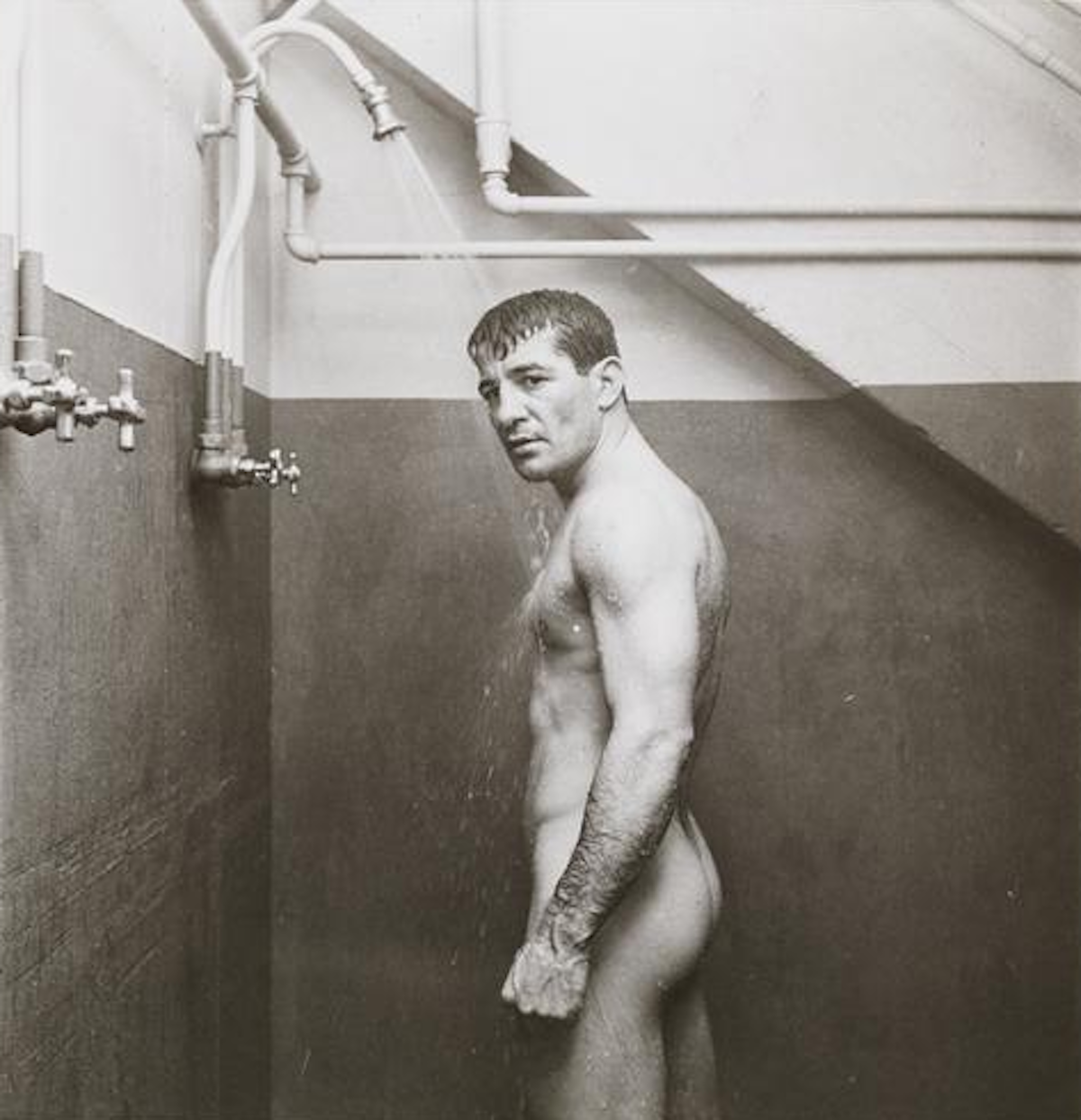 I seem to remember there being some talk about these pictures of the boxer Rocky Graziano taken by Stanley Kubrick, yes that Stanley Kubrick, back a couple of years ago, but I can't remember the context - I thought maybe a book had come out but I find no evidence of that. I think they were just discovered recently is all.
. 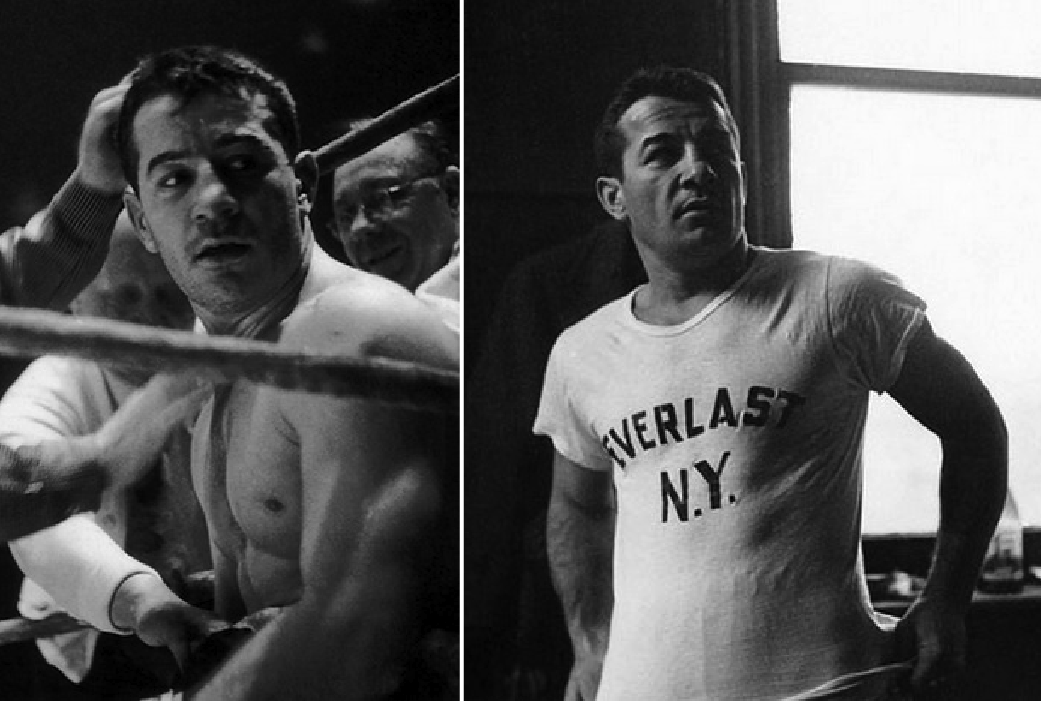 "Is all" I say, as if that ain't plenty. Graziano's boxing career ended in 1952, after which he became... well I haven't seen him in anything so I hesitate to say he became an "actor" but he became a celebrity anyway, with several TV shows under his champion belt, and of course his life was turned into Somebody Up There Likes Me, Robert Wise's 1956 flick starring Paul Newman. 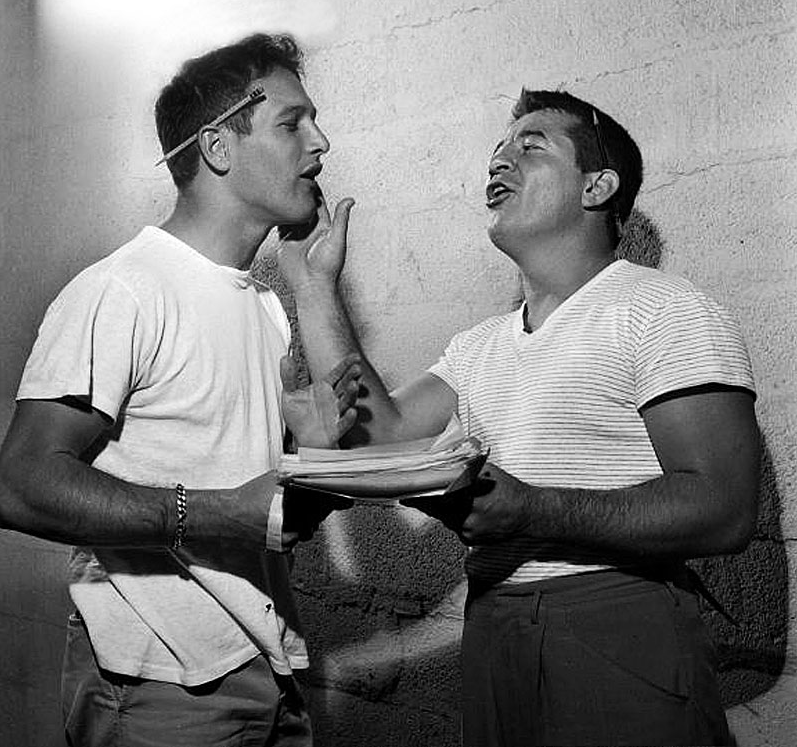 Graziano was apparently friends with Paul and with Marlon Brando - Brando based Stanley Kowalski on Graziano, says Wiki:

"Brando based his portrayal of Kowalski on the boxer Rocky Graziano, whom he had studied at a local gymnasium. Graziano did not know who Brando was, but attended the production with tickets provided by the young man. He said, "The curtain went up and on the stage is that son of a bitch from the gym, and he's playing me"

One and a two and a three and we're back, feeling refreshed. Alright so after the jump I gathered up a bunch of pics, some by Kubrick and some not; let's hit it like we're prizefighters y'all.
. 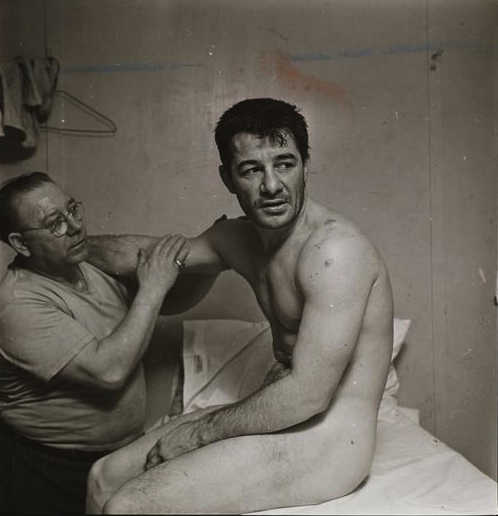 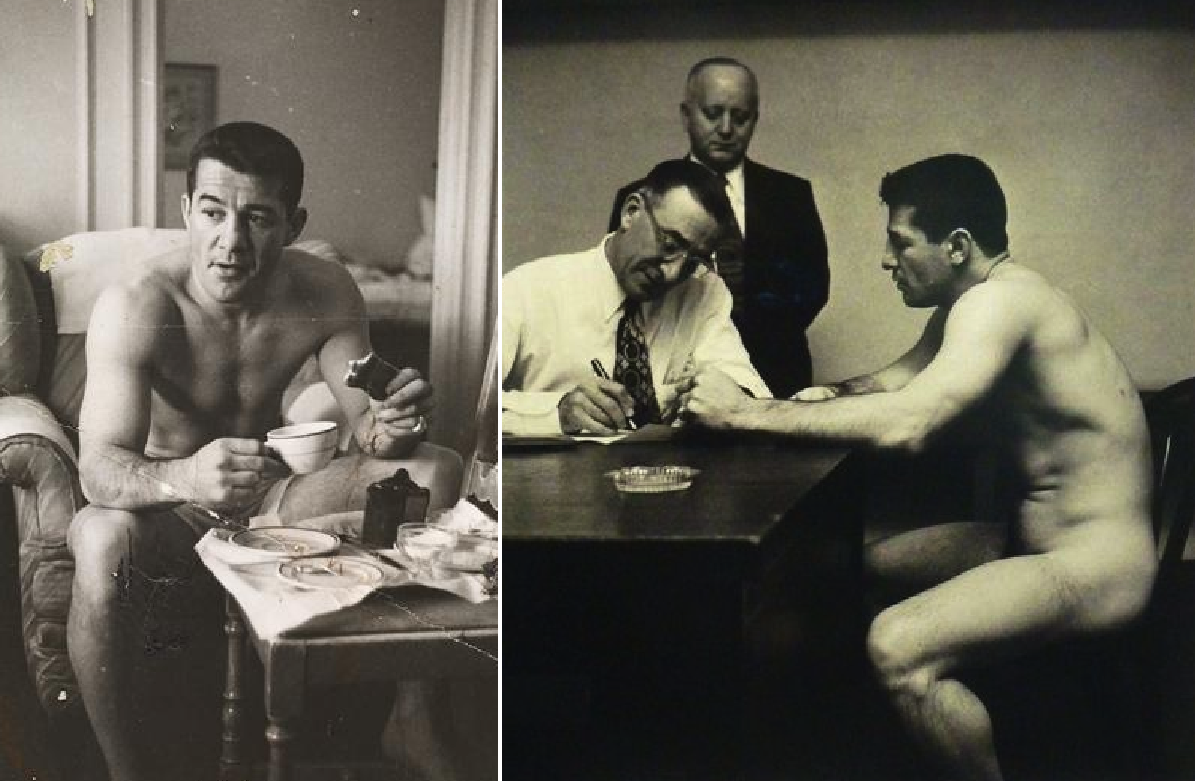 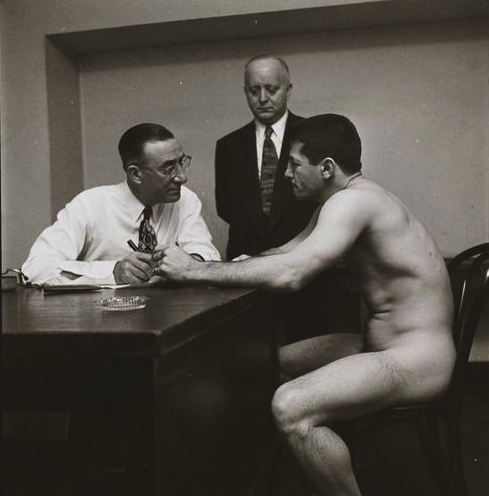 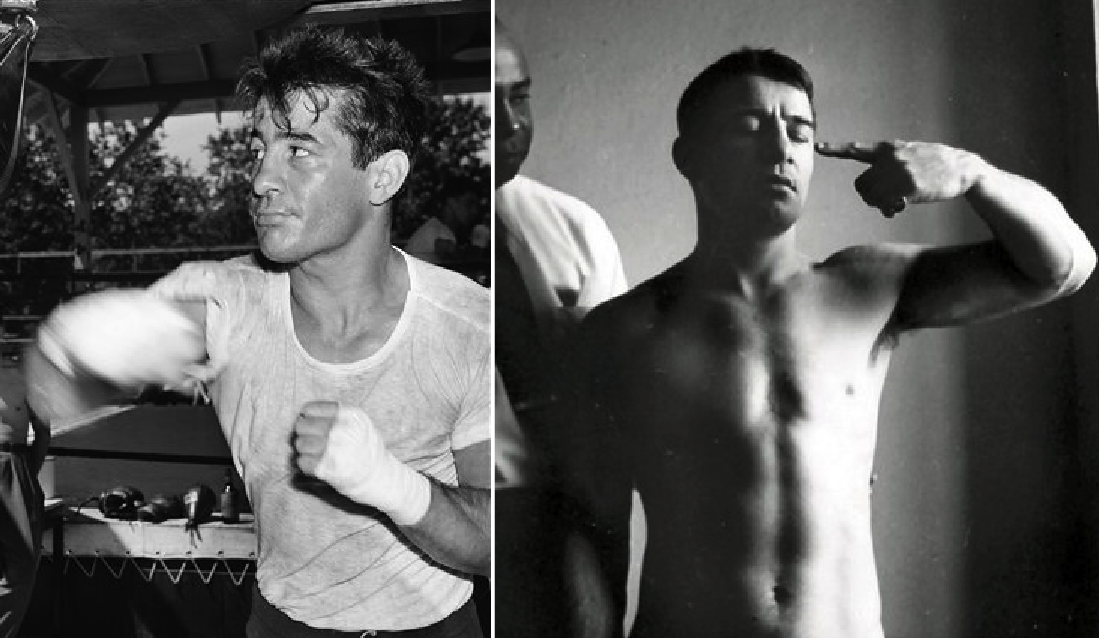 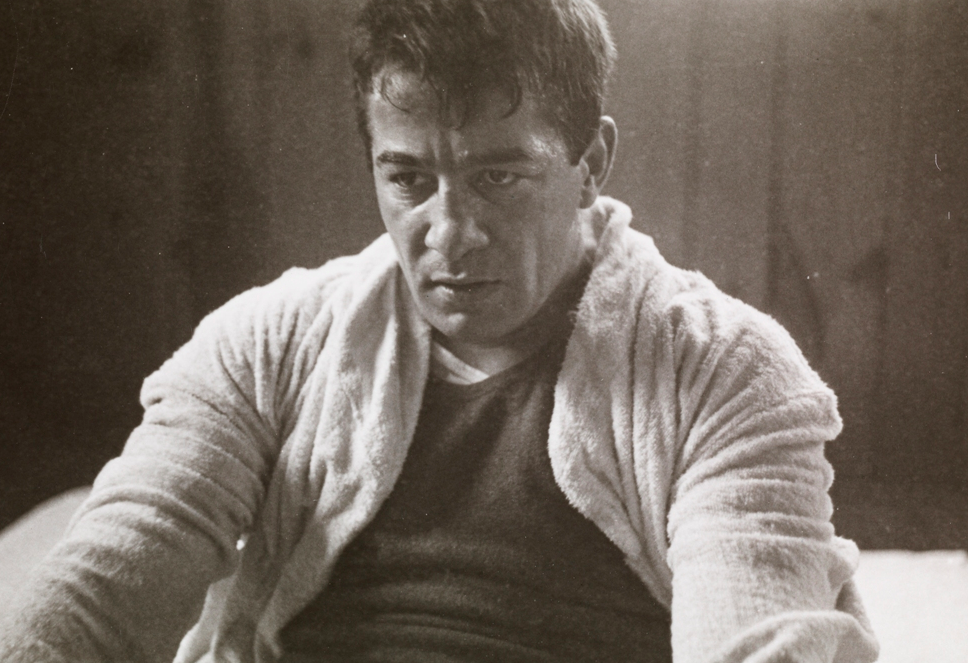 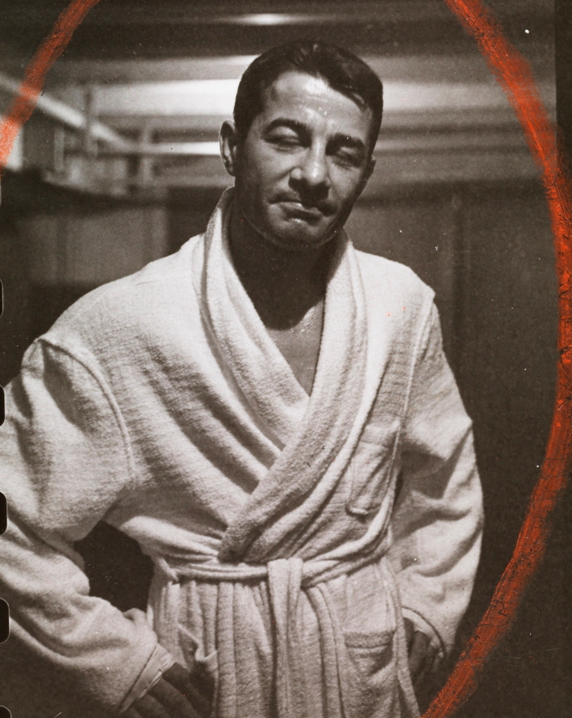 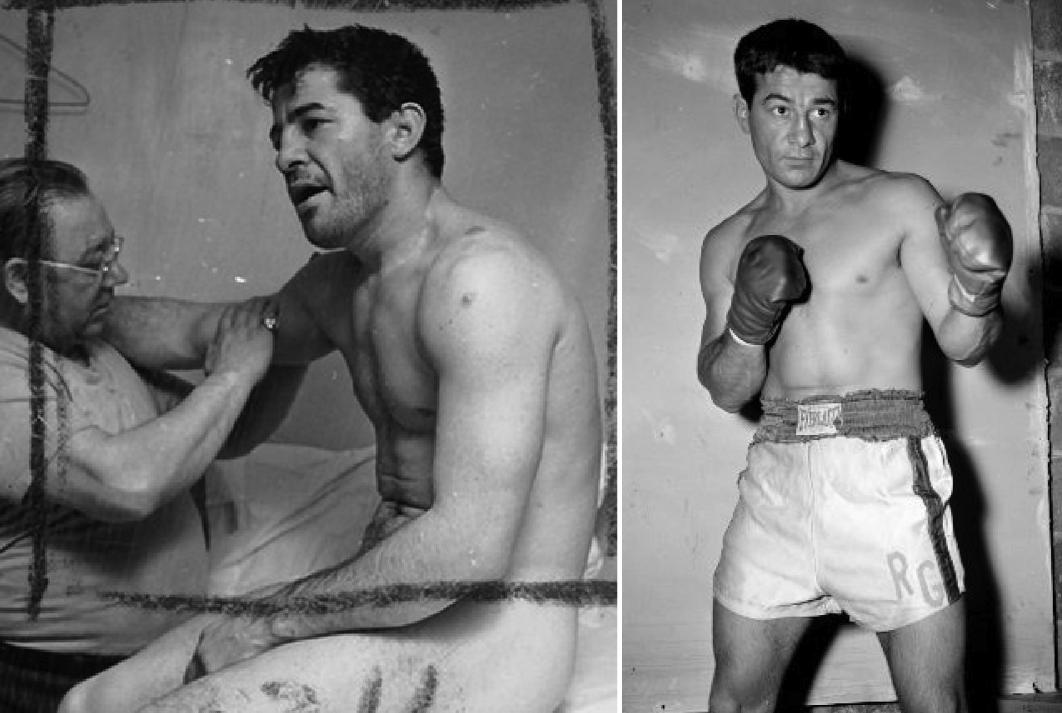 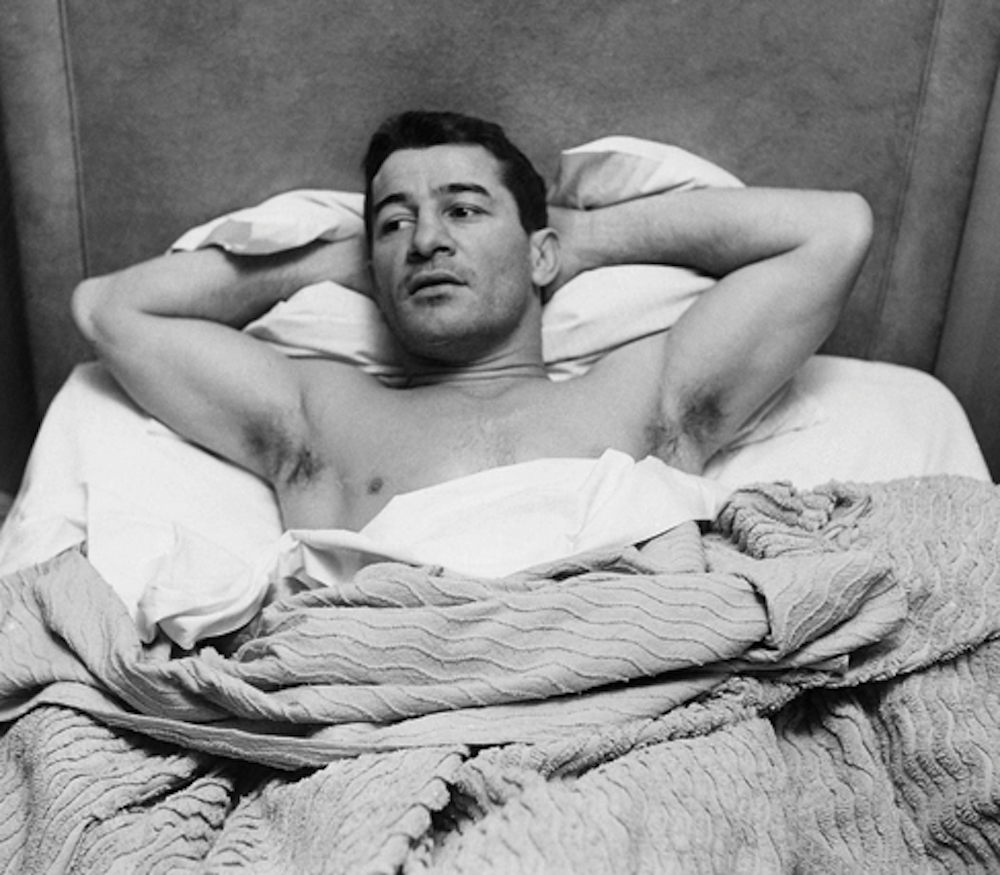 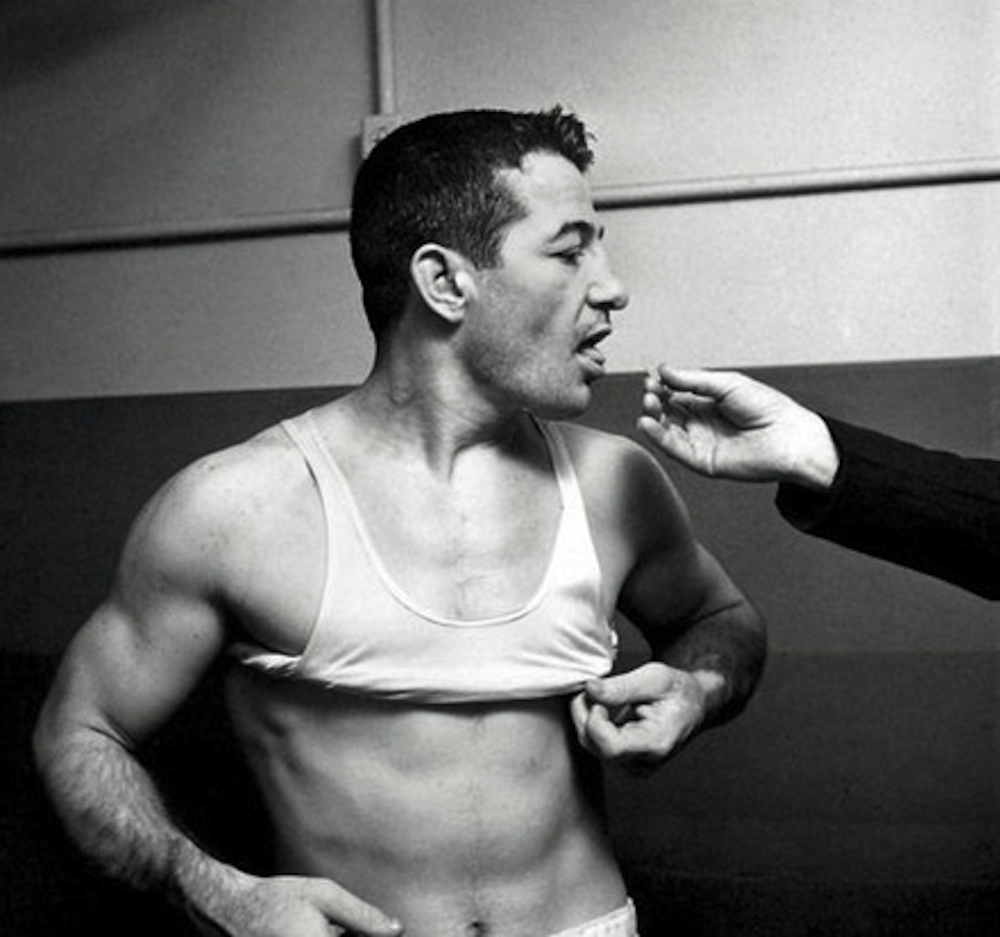 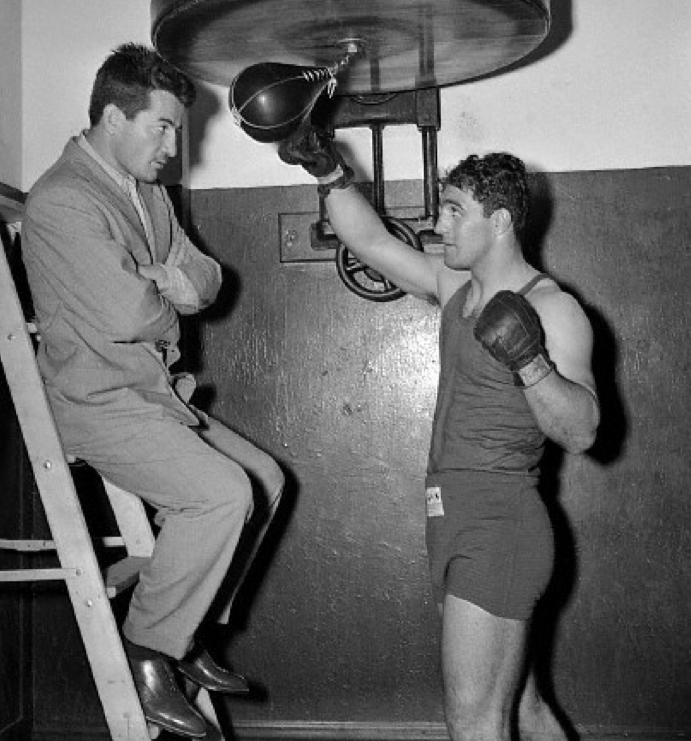 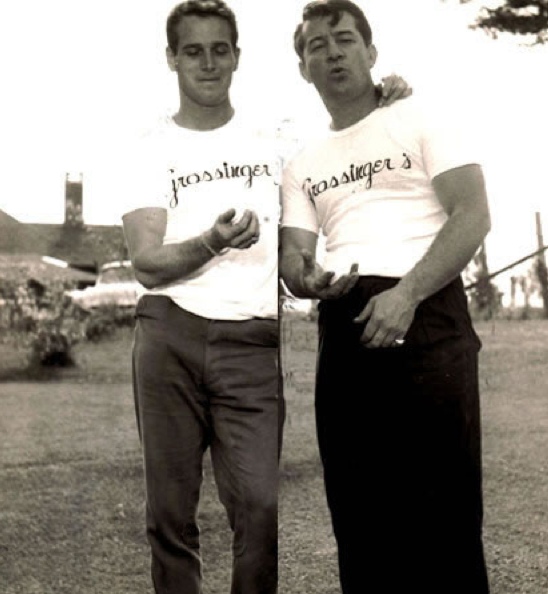 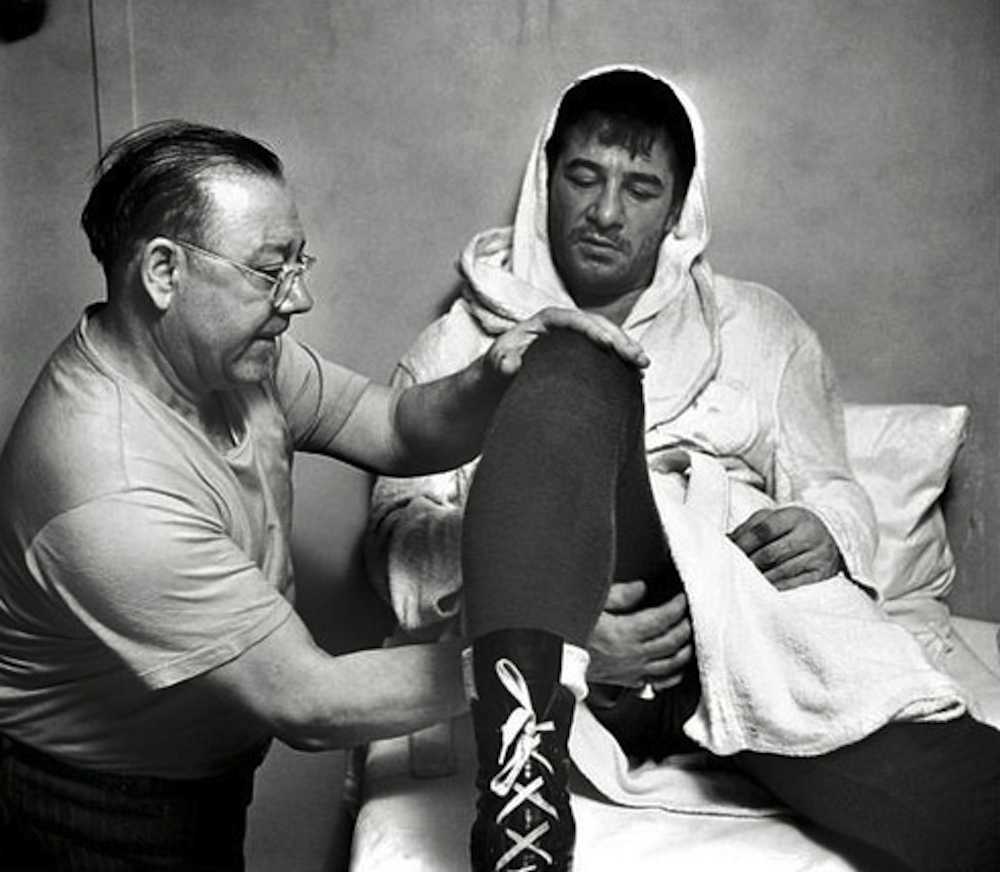 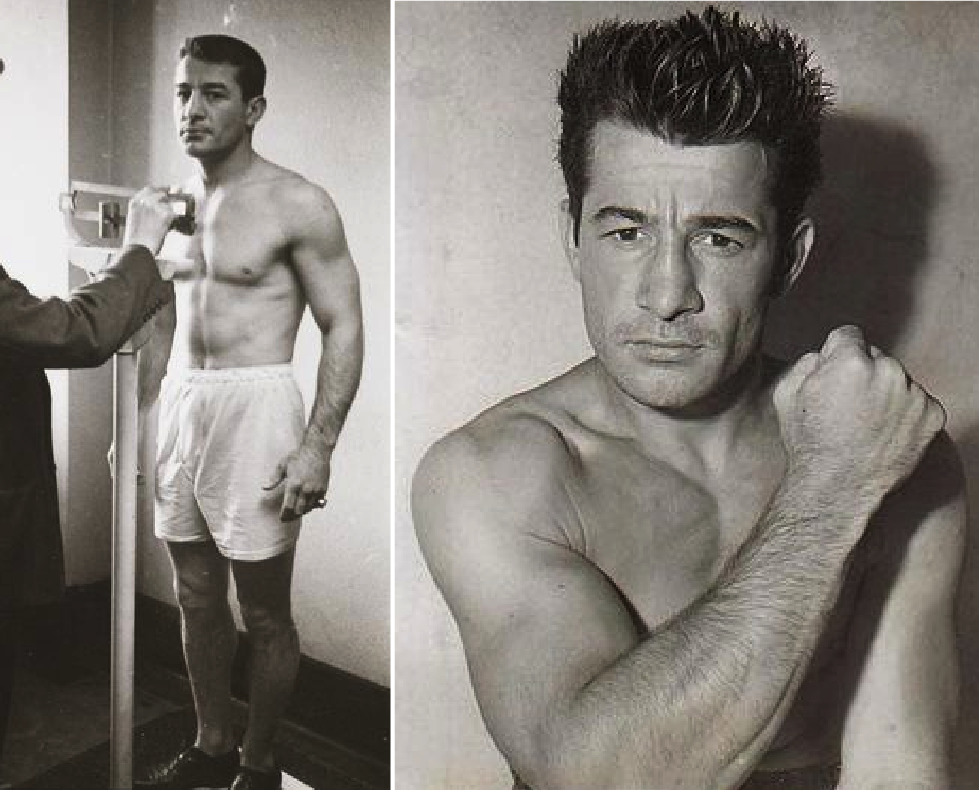 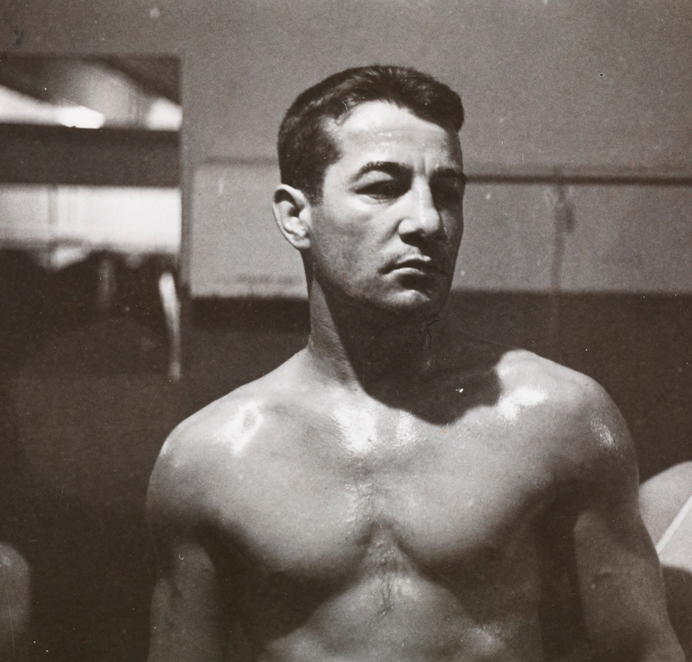 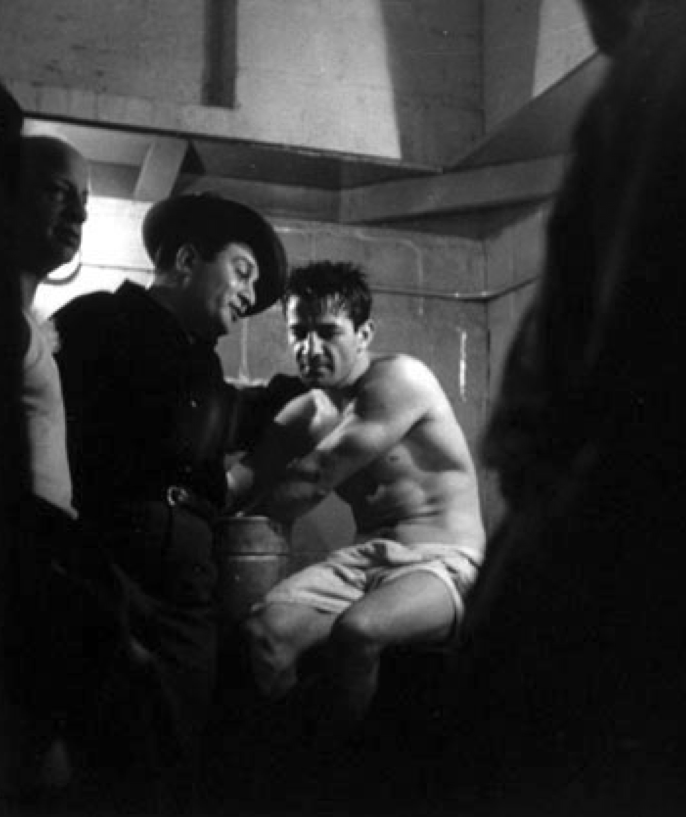 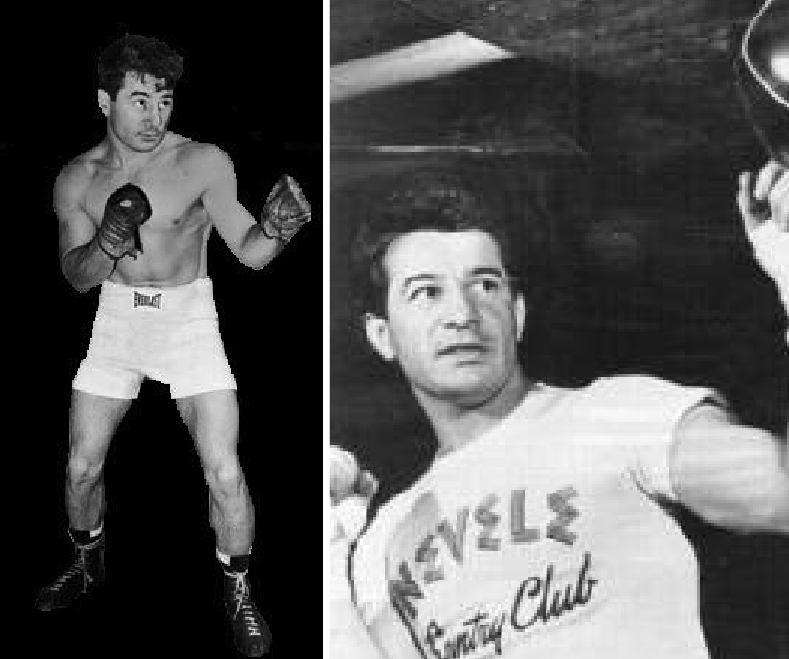 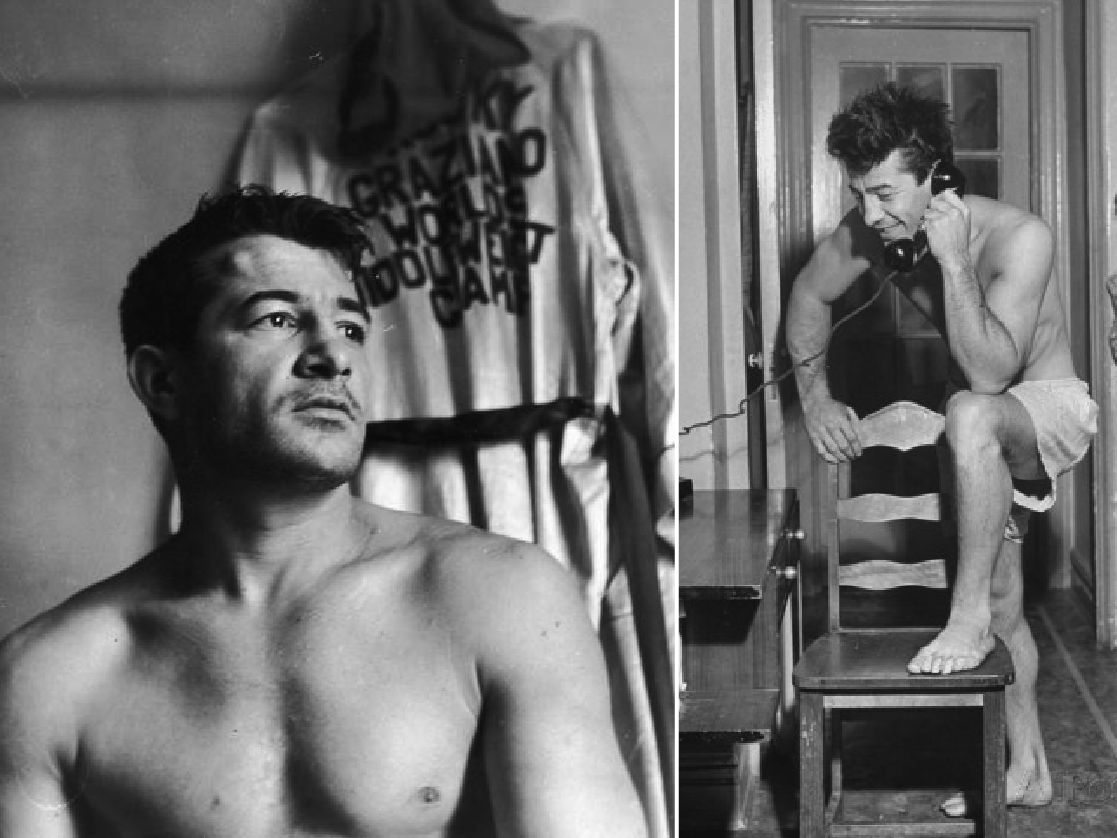 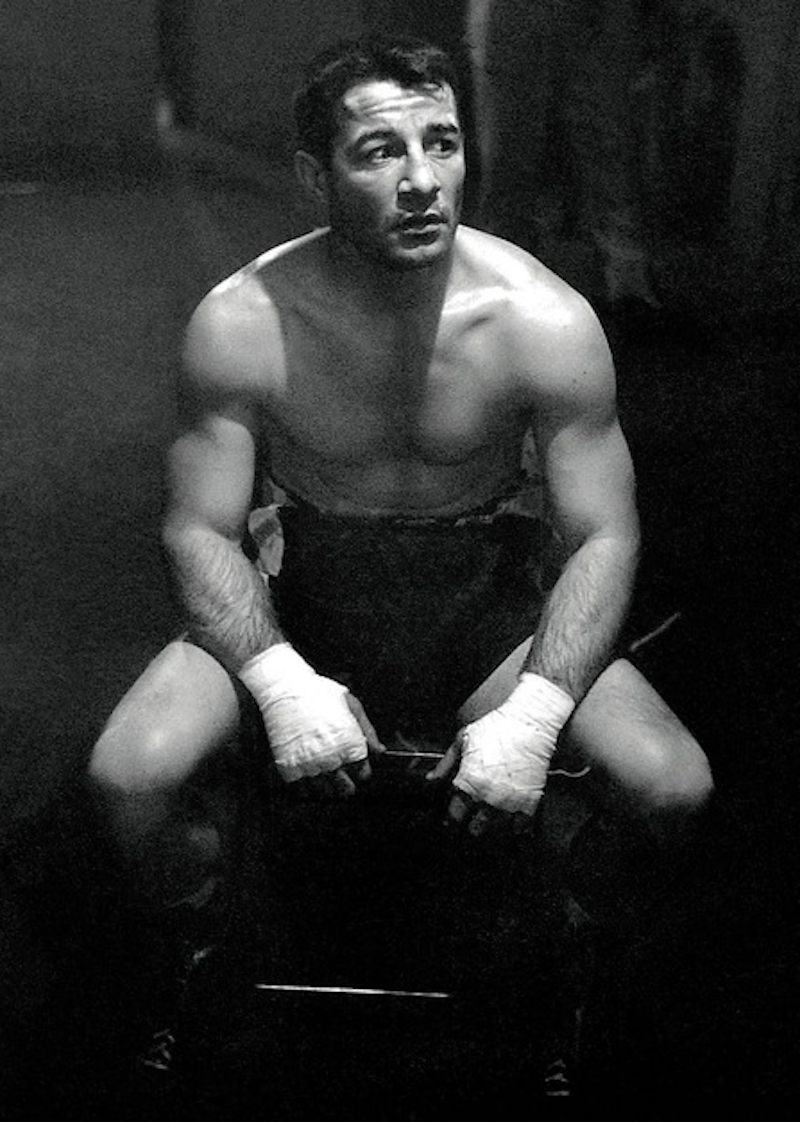 Is that Brando's boner in the third picture?

vintage hunk at it's finest!