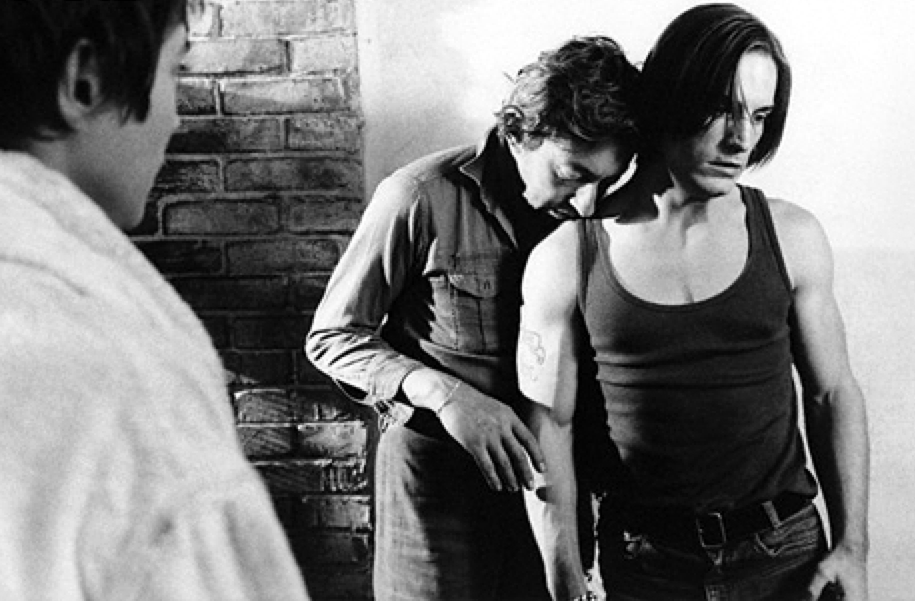 I was just looking around at Joe Dallesandro pictures (there's about a 50/50 chance at any given time that that's what I'm doing, by the way) and stumbled upon that shot of noted ladies-man Serge Gainsbourg directing his wife Jane Birkin on the fine art of totes macking on Joe on the set of 1976's Je t’aime moi non plus and it seemed like something I clearly needed to post. 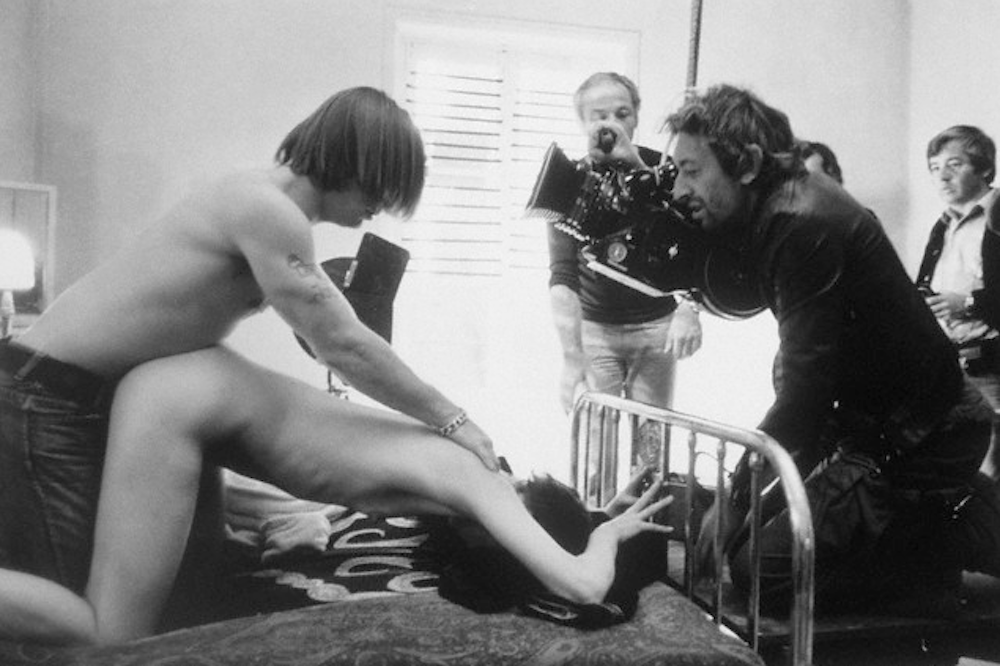 And, uh, there's another one. Have any of you seen Je t’aime moi non plus? I watched some of it one time but the copy I had didn't have subtitles so I just fast-forwarded to the nudie parts. They were not disappointing.

But then Joe Dallesandro on that front never disappointed. Anyway thanks to the randomness of Tumblr as I looked thru Joe pictures a pair of similar ones were dropped beside each other, one of Joe in Je t’aime and one of Joe in Blood For Dracula, each fetishizing Joe in their own delightful ways (do note the way everybody's putting big sticks in or around his crotch-area) and so I figured we could ask this question...
. 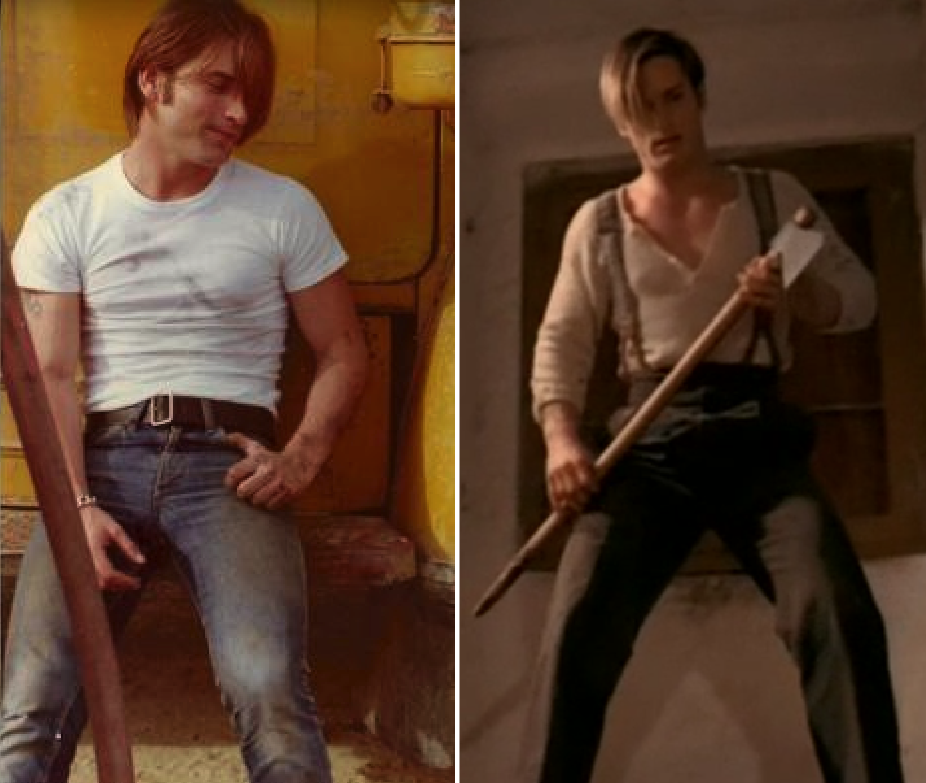 Labels: Anatomy IN a Scene, Andy Warhol, gratuitous, Joe Dallesandro, Which Is Hotter?