Watching this movie a couple of weeks ago for the very first time I felt terrible. Terrible that I never got to see it when I was a little kid so I could've been scarred horribly by this scene. What the eff? This was a kid's movie right? It reminds me of the scene in Superman III where that lady gets turned into a monster robot... 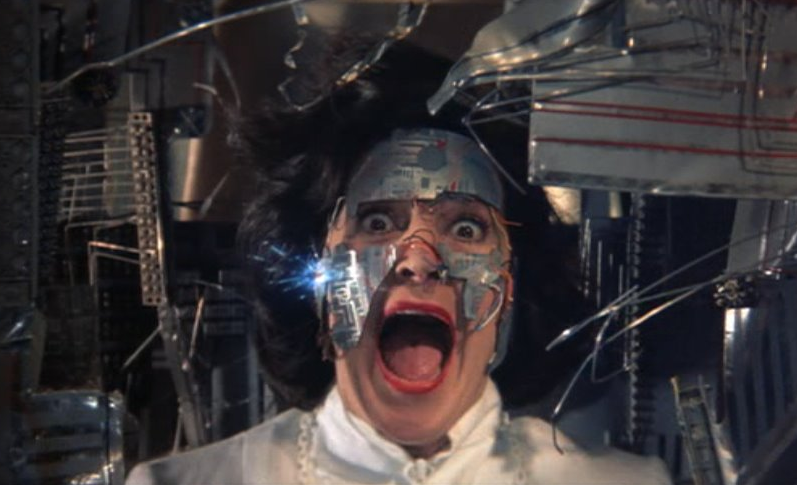 ... which I was fortunate enough to see and be scarred by as a child. Only with Norman freaking Bates being the one on the robo-receiving-end this time around. Come on, Anthony Perkins - put on a wig and show that hunka-junk who's business!

I watched The Black Hole even though I'd heard it was garbage because of the upcoming retro-future comedy Space Station 76 with Patrick Wilson and Matt Bomer which, among other flicks, seems to be riffing on this movie a bunch.

But I found a lot to love in Black Hole's cheesiness.

Yeah it looks like it was assembled from spare parts left over from the garbage compactor scene in Star Wars, but that's a big part of its charm. It's a movie to be playing in the background while you're doing other things for sure, but I promise in between the inane lapses of poorly motivated plotting you'll find yourself getting sucked into its plastic grandeur.

I could keep going and going - I totally adored the look of this thing. In related news I don't know if you'd heard, I only did because Bryan Fuller's been promoting it himself on Twitter, but his long-delayed and thought-abandoned SyFy flick High Moon is going to air this month! 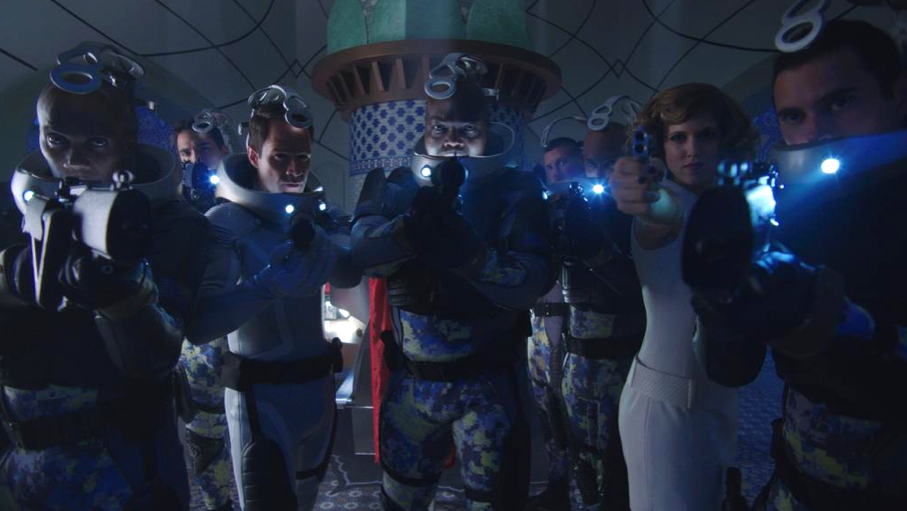 I'm not even sure if there's a trailer, I couldn't find one, but it will air on September 15th at 9pm on SyFy. It stars Chris Diamantopoulos, Jake Sandvig, Constance Wu, and (quoting from right here) "Jonathan Tucker playing a bisexual robot who belly-dances." Not to be missed! And I'm just guessing here but knowing Bryan he was probably influenced by The Black Hole some, too.

After the picture hit the jump for links to all of the previous Ways Not To Die. 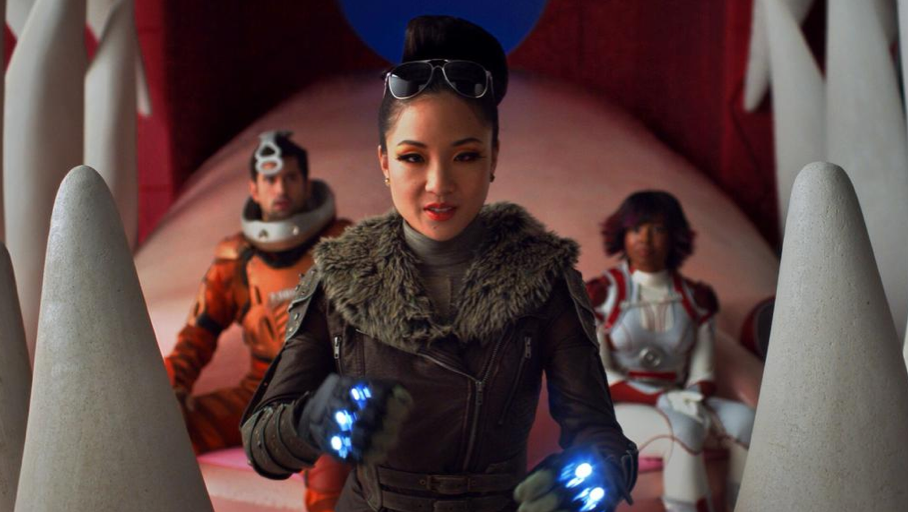