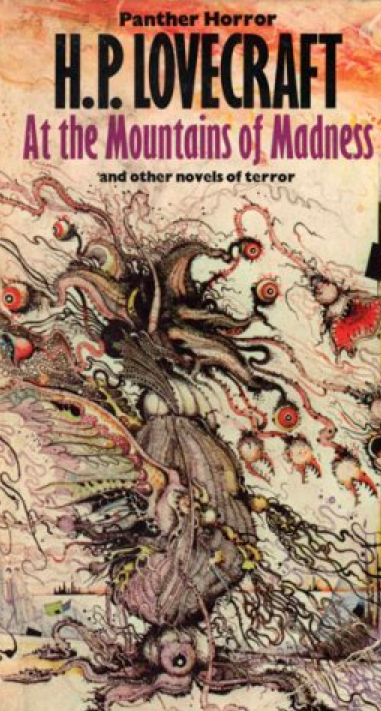 --- Lovecraft For Kiddies - When the news broke the other week that Guillermo Del Toro will be making a second Pacific Rim movie my mind flashed back to his adaptation of HP Lovecraft's At the Mountains of Madness that wasn't meant to be with sadness... and now comes word that it might mean to be after all? Del Toro himself says that he's maybe figured out how to make a PG-13 version of the story that he'd be happy with; the studios are apparently demanding that rating because of how much he wants to spend. So... maybe? Maybe? MAYBE???

--- Up With Clouds - I haven't watched this here first trailer for Olivier Assayas's new movie with Juliette Binoche yet because what part of what I just said do you think implies I need to watch a trailer to know I am already seeing this movie as soon as I can possibly muster? Assayas, Binoche, boom, done. (Although yes if you keep going and get to the part of the cast list where Moretz is we start to hesitate, that's why we're stopping before we get there!)
. 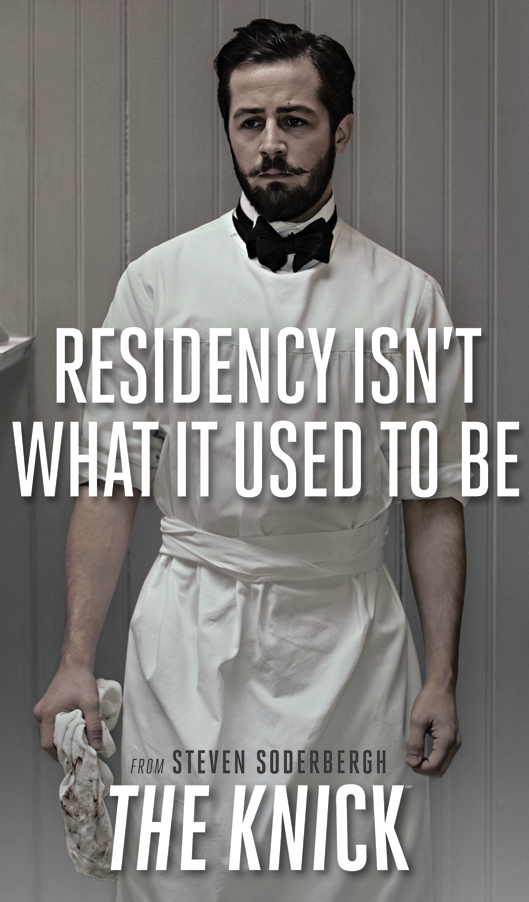 --- Gotta Knack - The first season of Steven Soderbergh's series The Knick, documenting old-timey hospital stuff with Clive Owen, doesn't air until the start of August but Steven's already saying he's hoping he gets to make a second season. (Here's the trailer in case you missed it.) Of course he'll be busy cramming his camera up Channing Tatum's body cavities as DP on the second Magic Mike movie first. But after that. Oh there's also a series of character posters for The Knick right here which are giving me so much facial-hair-lust I don't even know what to do with it all. Look at Michael Angarano's (mmm Michael Angarano) twisty little stache!

--- Witchie Poo - I keep hoping that Tina Fey will make a good movie that's worthy of her comic skills so here, let's hope again - she's making what Deadline calls basically a witch version of Ghostbusters. I really have no idea what that means - I guess they are witches and they build a company selling their services, or maybe they are regular people who hunt witches for money? Commerce plus hexes equals movie, I guess.

--- The Killing - I saw this here first trailer for David Fincher's Gone Girl, his adaptation of Gillian Flynn's popular novel, over the weekend and even though I was being forced to stare at ben Affleck (ugh) I was into it. But not as into it as I am the great batch of teaser images of evidence baggies and their suspicious contains. Those are fab.

--- Business Class - I dug this piece on the admittedly not subtle political meanings of Bong Joon-ho's Snowpiercer - it's kind of a rundown of all you need to think the movie's thinks it's thinking. I hadn't thought of Tilda's performance as a riff on Margaret Thatcher but now that it's out there I see it's obvious; maybe I'd have seen it quicker if I'd ever watched that Meryl movie and had a quick go-to comparison to summon up.

--- And Finally I also saw this featurette slash trailer for the James Brown bio-pic Get On Up starring bio-pic specialist Chadwick Boseman at the movies this weekend, and I have to say I appreciated this bits where Chadwick's wearing that tight gold jumpsuit and dancing around, I did. I might have to see this movie after all!

A PG-13 Lovecraft might work if the atmosphere is done right. Like the best early X-Files episodes, they were safe enough for TV but some of them were really unsettling and stayed with you for days (like Eugene Tooms or the parasytical twin).

And to think, in the '80s Spielberg made children's entertainment that would get a hard R if the MPAAA (the extra A is for Assholes) had to rate it today.