... feeling the vibrations with Matt Lewis. 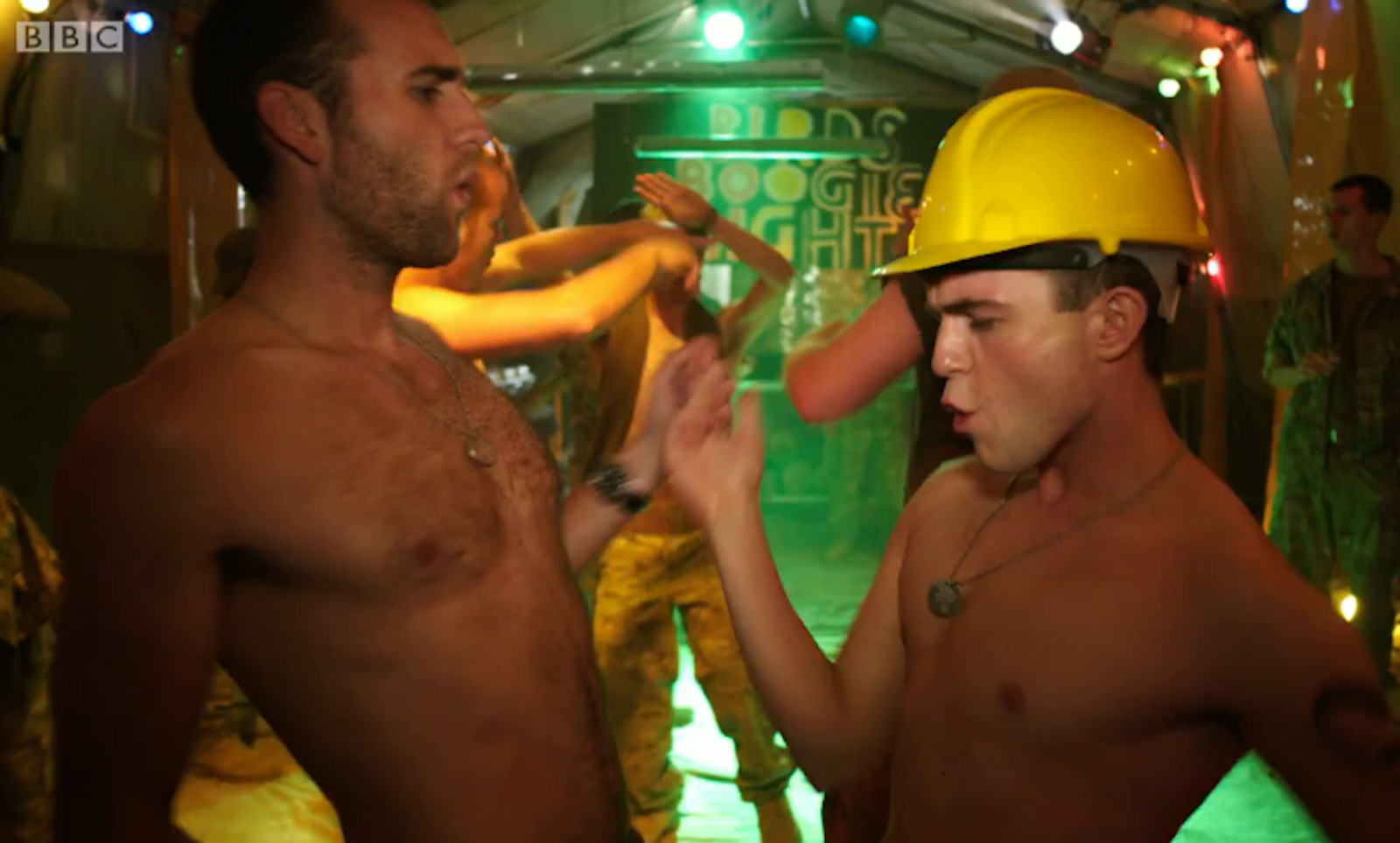 Neville Longbottom, what are you up to?!?!? I suppose there's also a pun on "long bottom" to be made here, but let's be better than that. (LIES give me good ones in the comments.) These are from a BBC show called Bluestone 42, which appears to be a comedy about a bomb-squad in Afghanistan. A modern British MASH, with Harry Potter alums getting their gay freak on? Sounds like heaven. Anyone seen any of it? Well you can see more of it - "it" being the couple dozen seconds in the most recent episode where Matt Lewis got his shirtless gay grind on - after the jump! Go on 'n get it. 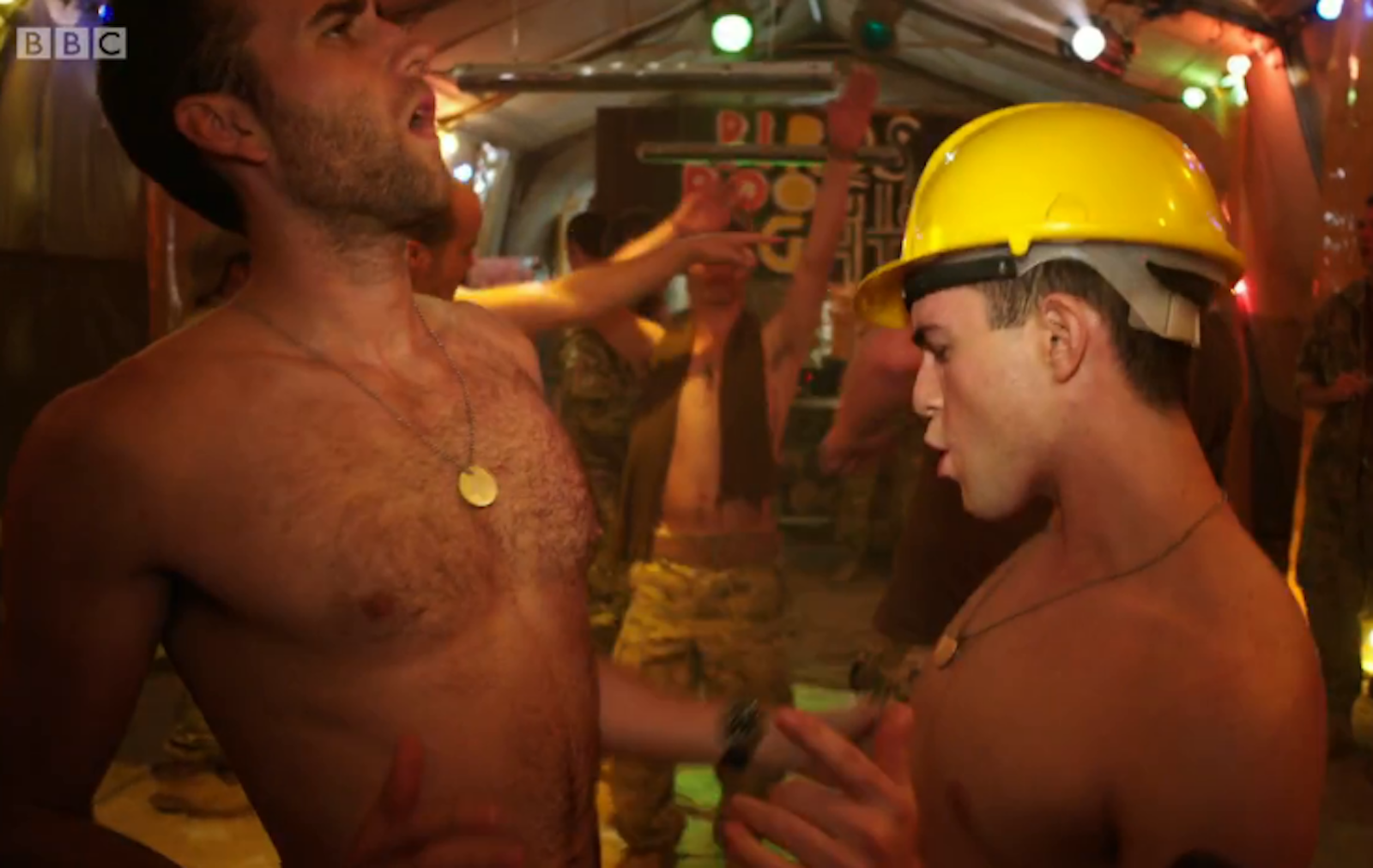 OMG... Neville Longbottom is ALL grown up. From a chubby lovable teen to a lean, mean, in-shape guy.. NICE TRANSFORMATION.

While I am not a big of fan the gay clone look - buzzed haircut and all... I must admit HE LOOKS HOT!