That is, it's Michael Fassbender with a giant fake head on in the first trailer for Frank, his upcoming comedy (it's out in the UK on May 9th, then sometime States-side later this year) with Domhnall Gleeson and Maggie Gyllenhaal. First things Fassy, here's the trailer:
.
.
We've previously posted and capped a clip from the film right here that had some more Fassbender to ogle, and then there were a couple of official pictures worth a gander as well if you missed them. As for this trailer, god it looks like fun! I'm glad Fassy's doing something light, he needs it. He's earned it! And I'm also glad that this trailer has Domhnall with a bushy beard in a hot-tub.

I'm just happy, happy, happy all around. I took a couple more caps from the trailer if you want or need more, they're after the jump... 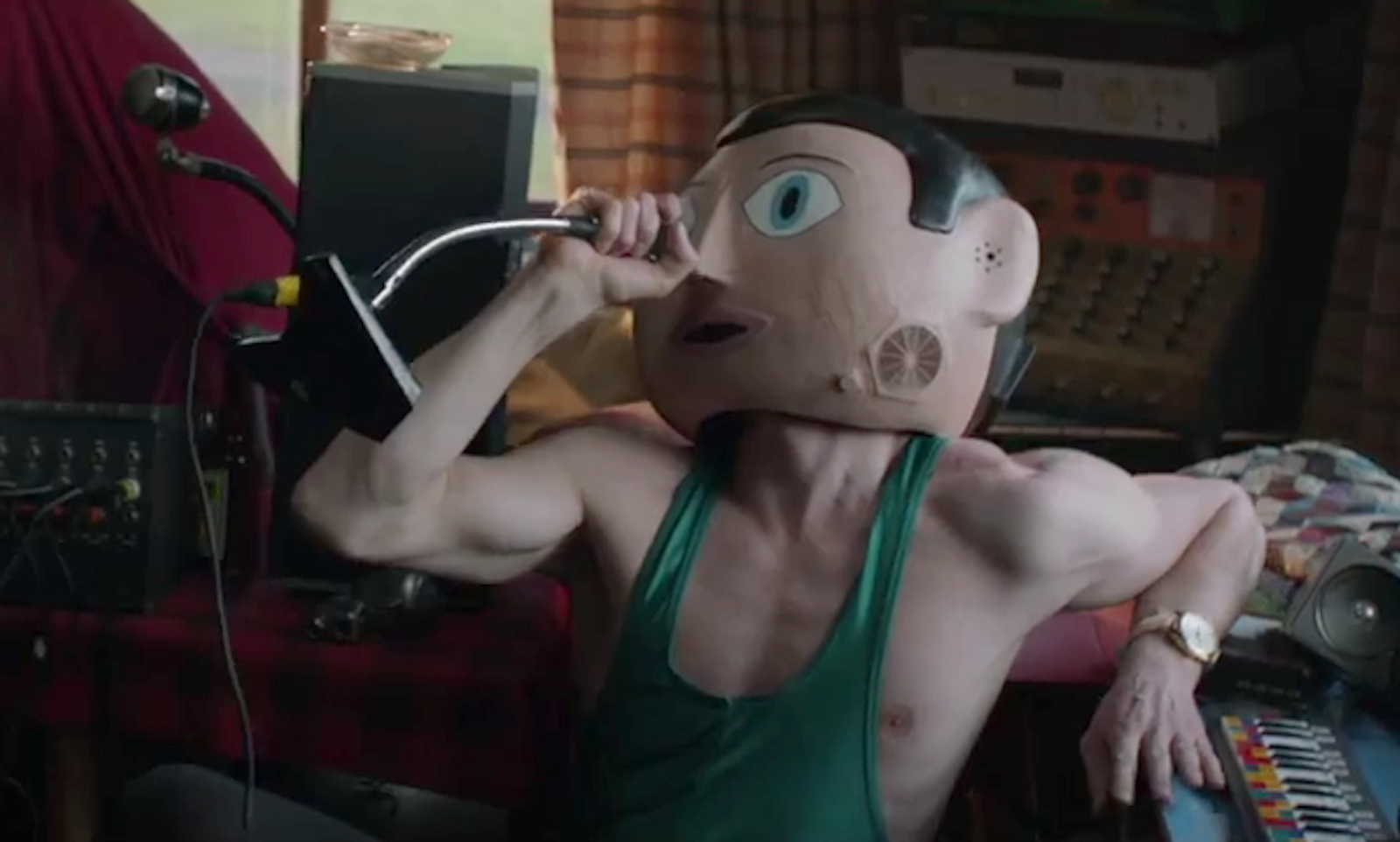 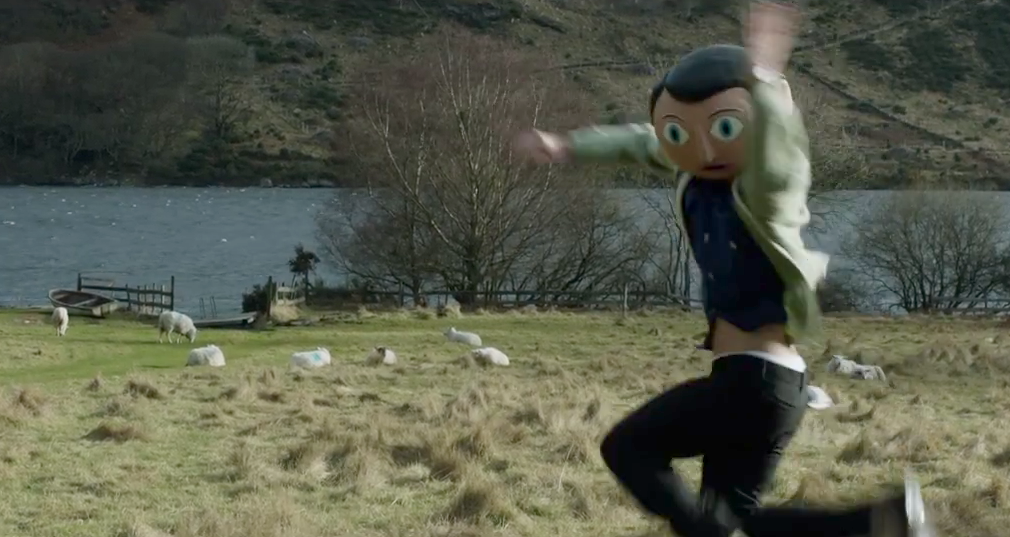 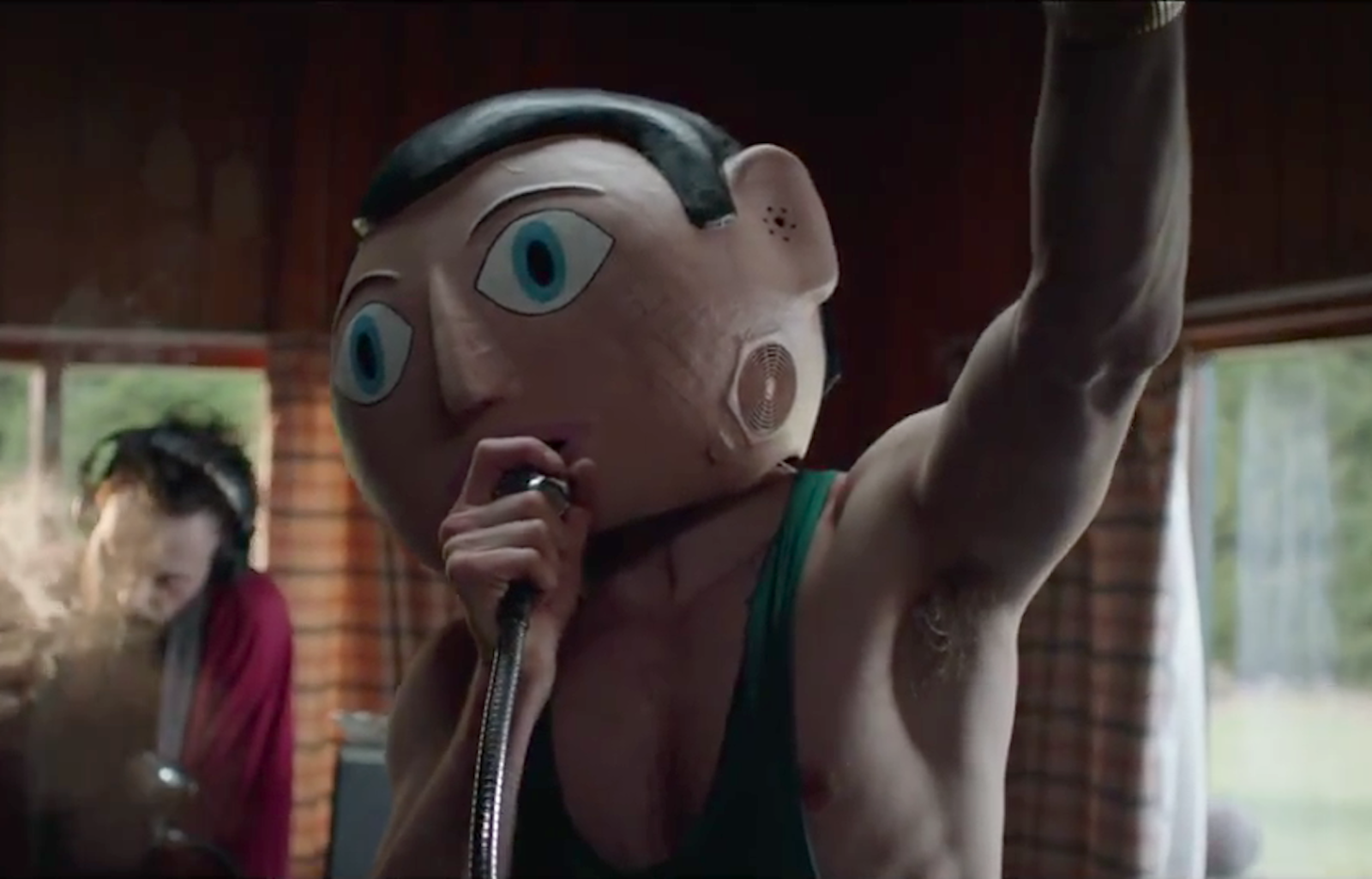 Why has no one gif'ed him humping the piano? This is what Tumblr is for, right?

I'd wager a lot of money that the script for this film did not specify that 'Frank' would be running around in a tank-top. When you cast Fassbender, you get him nude or as close to it as possible.

Unknown - shit you're right I meant to make a gif of that moment and forgot! I have to make it right this second. Check for a new post, it will be there soon! Thanks!

Can you please gif the one of Frank dance skipping in the field, its static here! It's my single most favourite bit of film ever