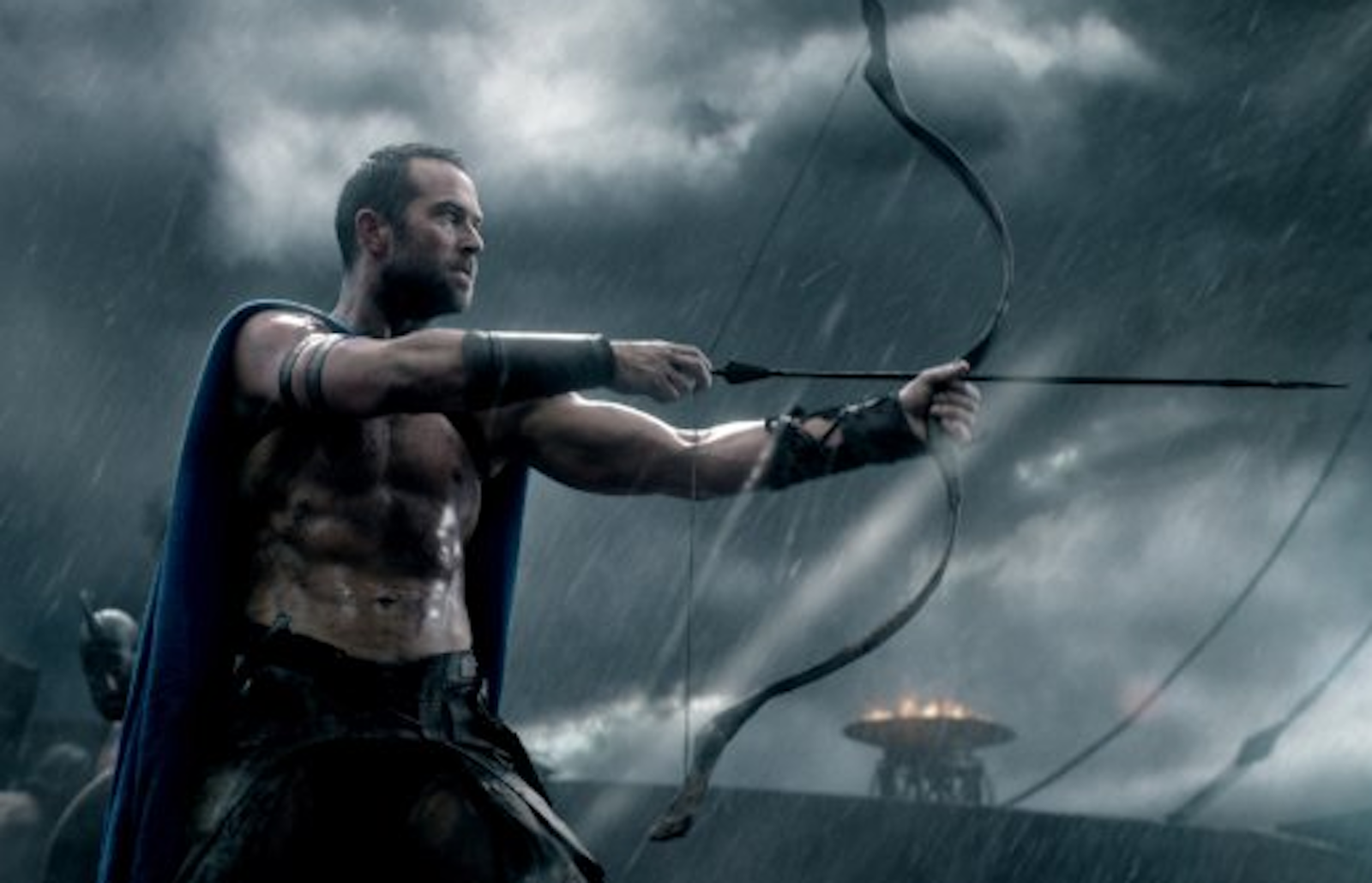 Say what you will about the first 300 movie (and you do, I get comments expressing revulsion at its politics almost every time I bring it up favorably), if you ask me it's got one foot on the gas and the other knee-deep in sarcasm - I'm still convinced it's presenting us with a vision of what Spartan propaganda would look like a la Paul Verhoeven's Starship Troopers, and it doesn't actually buy the rah-rah it's selling. If I were smart I'd look at Zack Snyder's out-put since it (especially Man of Steel) and step that belief back a bit, but re-watching the movie the other day I still see it that way. Maybe it's just my projection, but my projection sits just fine on the thing so I'm gonna stick with it. The second film keeps a bit of that conceit - we're still hearing this tale told by somebody with an angle on it - but not surprisingly less so; as Randy told us in Scream 2, sequels are usually just more concerned with being bigger and bloodier and 300: Rise of an Empire is all over inflation. Where once there were just 600 perfect pecs for us to ogle now there's untold thousands stretching from sea to shining sea. Skulls split, crows feast, and golden calves jiggle in the sun-kissed air - spectacle begets spectacle. In the end the movie doesn't hold together as well as the first one, but good hell it's some fun while you're up in it. 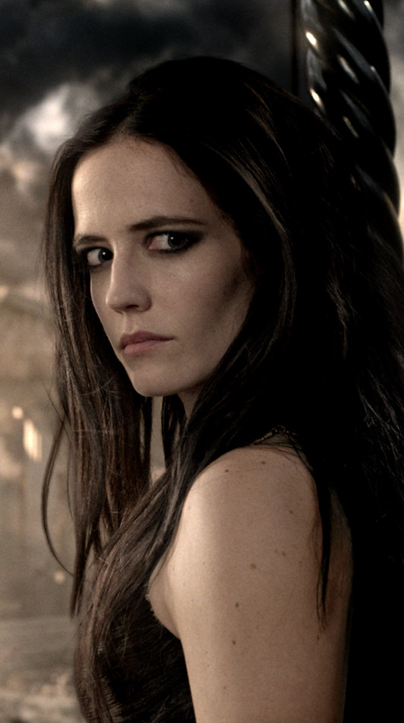 Nowhere more than with Eva Green, popping up in a new spike-flared Alexander McQueen knock-off after every time the camera turns away for a second, sneering and slithering her tongue between her teeth with all the zest the depths of Hades can muster. She's Xena: Goth Rock Princess, either sticking something with a pointy stick or getting the guys to lift up their dainty little skirts for her - they might only have eyes for their Greek fleet, but they'll still take her for a bouncy castle in the sky ride. She's worth riding ten times.
.
Who? Jason Adams When? 5:59 PM
Labels: gratuitous, Lena Headey, Paul Verhoeven, reviews, Rodrigo Santoro, Zach Snyder

"I'm still convinced it's presenting us with a vision of what Spartan propaganda would look like a la Paul Verhoeven's Starship Troopers, and it doesn't actually buy the rah-rah it's selling"

Troopers and 300 both deliberately put out a double message: four-square sincerity for the yahoos, and a knowing wink for the 'hip'.

These opposing ideas are resolved when the filmmakers cash their checks. Money - the only real principle involved.