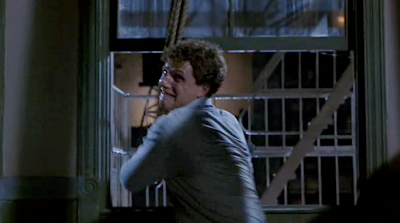 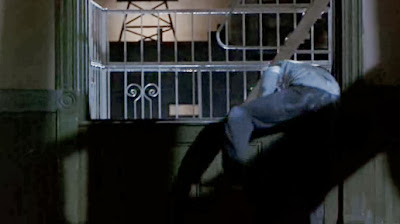 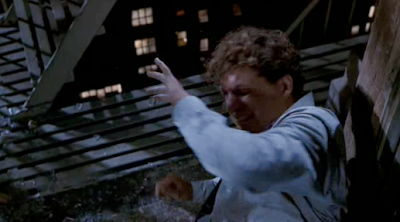 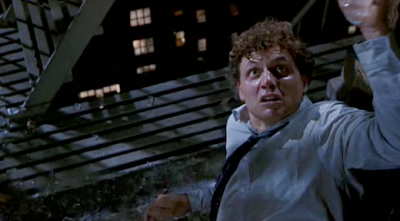 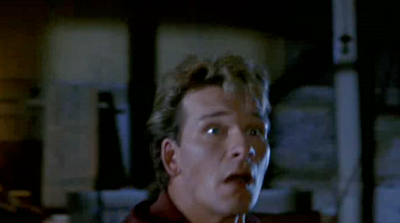 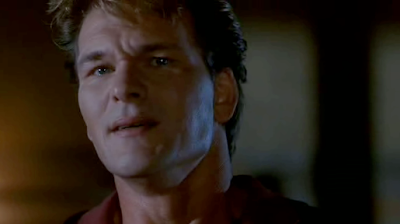 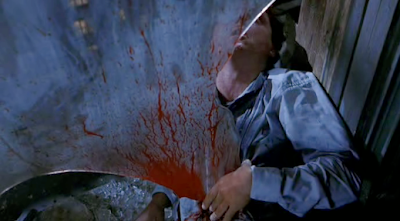 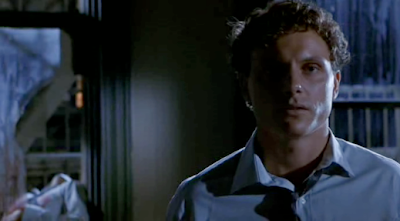 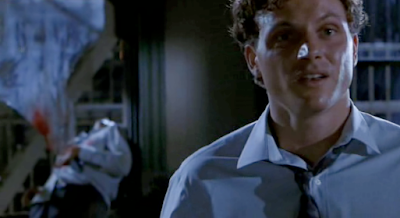 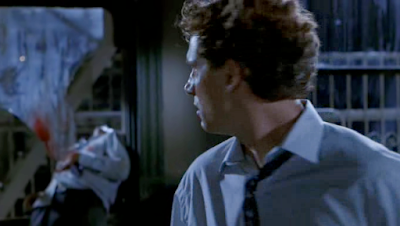 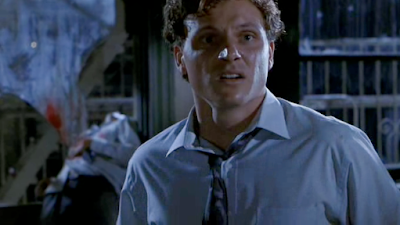 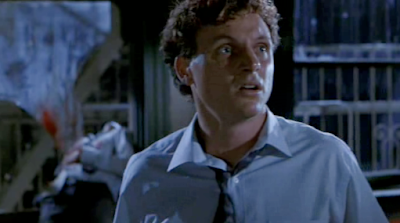 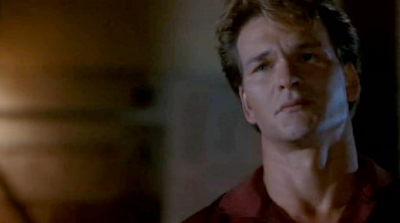 
I was actually all set to do this death scene for this series this week before I heard that they're turning Ghost into a television series - I guess my finger's so hard on the pulse that I'm cutting it right the eff off. Behold, my power! See I'd decided over this past weekend that I was finally going to do this scene from Ghost this week (I've been meaning to do it for ages and ages) just because I stumbled upon this gif of Tony Goldwyn:

And I knew it was time. I have no idea what that is from, by the way - if anybody wants to share in the comments the source, go to town. I guess it could be from Scandal, I don't know, I don't watch Scandal. If he's in that kind of shape still, right now, twenty-three years after Ghost came out (good lord it's been twenty-three years since Ghost came out) I'm seriously impressed though. It was his shirtless scene in Ghost after all that alerted me to the wonder of Tony Goldwyn's ways way back when. 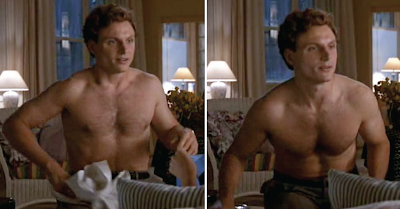 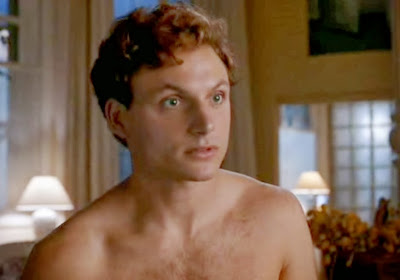 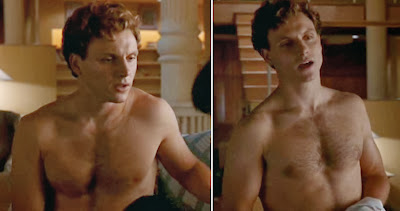 The ol' "spill the coffee on your shirt and romance the widow with your firmly toned pectorals" game - we've all been there! 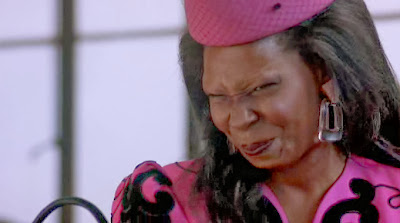 Also coincidentally yesterday was Whoopi Goldberg's birthday. Whoopi doesn't figure into this scene but she sure does figure into the movie - here's a fun fact: I could probably act out the entire scene at the bank for you right this second, without any preparation. I have seen Ghost that many times. My mother loooooved Ghost, and so much like Sister Act and The Color Purple (wow my Mom really loved Whoopi, I guess) and also Death Becomes Her, I got that shit wholly memorized. "Four million dollars? Four million dollars?"

I'm pretty sure that gif isn't from Scandal. But you might be interested to know that they named an episode "Molly, You in Danger, Girl." I legitimately say that for no apparent reason at least once a month.

The worst (best) part of his death scene was when after the glass had gone through his chest his hand the slips down it with the glass between his fingers - I still cringe thinking of that.

Those moaning shadows scared the fuck out of me when I was a kid.

To me he'll always be the gay boy who came to Sugarbakers looking for designers for his funeral on Designing Women.

I agree the gif is not Scandal, although I don't know what it is. Also, you should watch Scandal. In a network TV way, that shit almost as cray cray as American Horror Story.

"Scandal" is way fun and over the top. While that gif isn't from "Scandal", Tony Goldwyn is still in amazing shape and looks even better now than when he did during "Ghost". His character on "Scandal" is a bit of a weasel, but Tony Goldwyn now? Totally and completely hot.