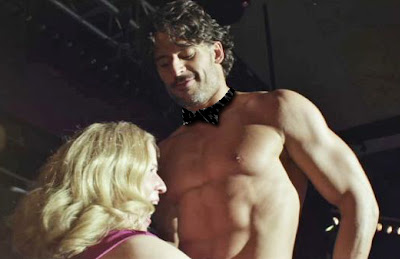 Y'all heard the word that True Blood is ending its run next season right? I'd say it's passed time and I'm hardly alone - hell everybody seems to think here nearing retrospect that it probably should've ended in the third season. But since that would have denied us Alexander Skarsgard's penis, no, nevermind, it's all been worth it, every shit minute we've suffered through. Anyway the show's driving force has Alan Ball, Oscar winning screenwriter for American Beauty, and he's now turning his eye towards other things... namely a bio-pic of the man who created The Chippendales. Yes, the strippers. I guess he was jealous watching Soderbergh have all that fun with Joe Manganiello on Magic Mike (as we all were, Alan. As we all were.) 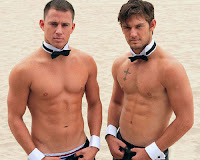 Ball will write and direct the film, called I Am Chippendales, based on a book by Rodney Sheldon (which must not be out yet since I can't find proof of its existence anywhere else) about Somen "Steve" Banerjee, the creator of the male exotic dance troupe famed for their bow-ties and buns. (Ooh I wish they'd rename it Bow-Ties & Buns. Indeed I might have to call it that from now on.) You really should read Banerjee's Wiki page, by the way, the man's got an amazing story. Mud wrestling, cocaine, and murder, oh my! Fun fact: in the 2000 TV movie The Chippendales Murder he was played by Naveen Andrews! And hey that entire movie is on YouTube! Let's watch it together right now.
.