I guess I missed the teaser trailer for NBC's upcoming Dracula series back in July from which I made the above gif of Jonathan Rhys Meyers and Thomas Kretschmann (as Drac and Van Helsing, respectively) being very very intense and very very close. 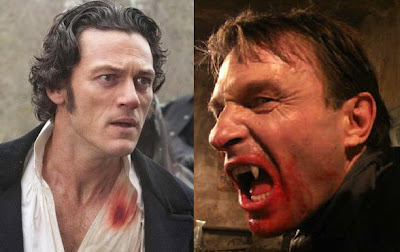 I stumbled upon the teaser just now because it's on my mind after earlier today hearing about how the other new Dracula project, the movie with Noted Homosexual Luke Evans, got a new title; and also today a poster was released at EW for Dario Argento's Dracula 3D, which stars Krestchmann in the role of the famed bloodsucker. (I told you - I am Drac'd out.) Anyway you can see the poster below. I like the poster, it's a sweet throwback, but I can't believe that Argento's film is actually getting a Stateside release - from the chunks I've watched of it (I haven't been able to sit through it from start to finish) it is ten kinds of terrible. But it inspired a fun Ways Not To Die a few weeks back, so we'll always have that. 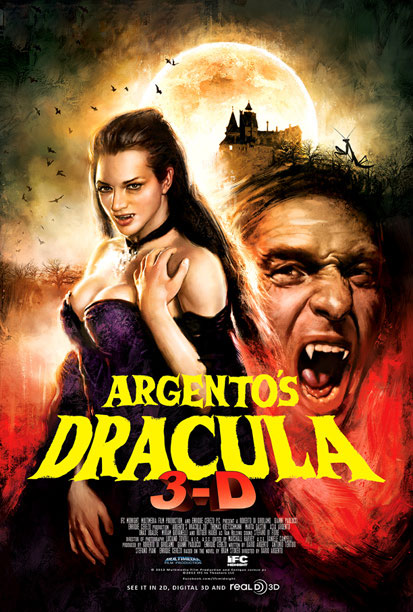 Dracula 3D is really terrible, but I would love to see it at a midnight screening with a bunch of people to hoot n holler. Maybe that's the release they're going for.

I didn't even find it hoot-and-hollerable. Maybe if I was drunk and stoned enough. ;o)

Great poster, pity the movie does not embrace lunacy as Phamtom and Mother of Tears did, that was the way instead of the tame, unbalanced mix on display, the Crowd in Sitges did not *hoot n holler*, dead silence