Choose Your Own Jason Statham Adventure 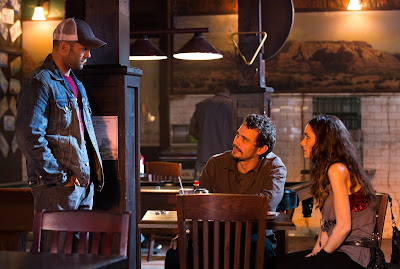 We just wished Jason Statham (and his nips, natch) a happy 46th birthday over at the Tumblr, and now we've got some new pictures from his upcoming movie Homefront to share - at this point I'm pretty bored by the movies Jason makes; and yeah, it took me a really long time to get there. I watched way more than was sane to keep getting my glimpses of his ripped self. But I've totally skipped the last several ones - I think 2011's The Mechanic might be the last one I slogged through? I couldn't even tell you what it was about though. But I'm excited about Homefront, and have expressed said excitement before, because the bad guys in it are played by James Franco and Winona Ryder. James Franco and Winona Ryder! They play trashy drug dealers (Franco's character is named Gator!) effing up Statham's post-DEA retirement. It's so good to see Noni, y'all. Homefront is out on November 27th - I'm guessing we'll be getting a trailer soon. ETA Yup, here's the trailer! 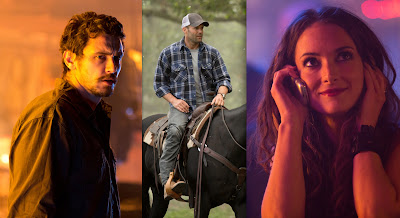 I totally agree about Statham movies - although I did see the movie where he fucked the girl in the middle of the street - that was fun - which I think is later than The Mechanic - so THANKS for this. I agree. The combination of these 3 actors surely deserves a viewing!

Billybil that was one of the Crank movies (I think...) and I wanna say like `08 or `09. The Mechanic was a remake of that old Charles Bronson movie. I dunno. He doesn't make bad movies, per se, they're just not all that dissimilar from each other. But with the cast on this combined with the fact that the script is allegedly by Stallone, it should prove not so run-of-the-mill.