Kissing Tom Sturridge, and Other Pursuits

On the Road came out on DVD earlier this month; so now we all can have Tom Sturridge and Garrett Hedlund kissing (not to mention Garrett Hedlund's bits) under our every roof, hoorah. Have you guys seen the movie by now? As I said in my review from forever ago I really liked it, far more than I anticipated liking it, and Hedlund who made my list of 2012's best performances) is fantastic in it. 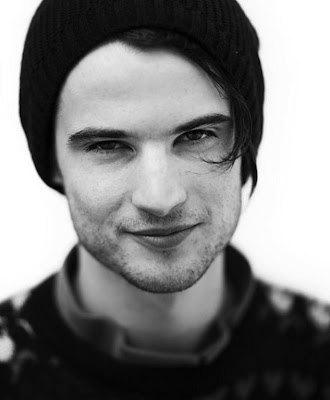 Anyway this post isn't about all that, save tangentially (meaning I had to look up a picture of Tom Sturridge for it and fell down a rabbit's hole that ended up with him and Garrett making out, natch) - this post is actually about the news that Sturridge, hot off a Tony nomination for his much lauded work in the Shia-rebuffed show Orphans, has just joined the cast of Oliver Assayas' new movie called Sils Maria, which we've been following due to the presence of oft-Assayas collaborator and all-around best actress in the world bonafides Juliette Binoche in the lead. Sturridge joins his On the Road co-star Kristen Stewart in the film; also joining it today with him are Brady Corbet (maybe he can take a day or two off from stalking me then) and Bruno Ganz. 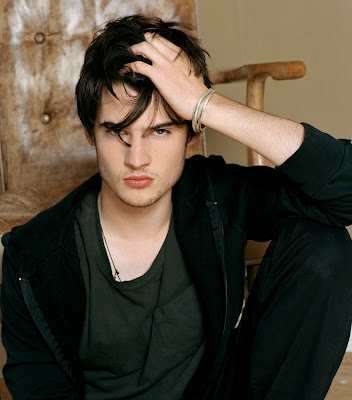 And yes, I've gone out of my way to not mention the other person in the cast, the one who Sturridge will actually be playing the boyfriend of. Let me have this one thing, please. Let me pretend. La la happy thoughts, hey look at all of these pictures of Tom Sturridge that I've posted before here and here, la la.
.
Who? Jason Adams When? 2:46 PM

I have liked her in everything I've seen but especially in Let Me In and in Kick-Ass.

It's not that I don't like people hating on young performers, I personally loathe Hailee Steinfeld, but I just wanted to know more about your relationsip to your arch-nemesis...

In the comments section of that PLAYLIST article, 2 posts say he's no longer part of the cast. He's a bit too old to play whats-her-face's boyfriend.