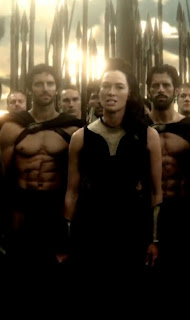 --- Warrior Princess - There's a new teaser trailer for the 300 sequel and the visuals are looking pretty grand (although the trailer slices them up to ribbons - I hope the editing's not so ridiculous in the film) but there's hardly a single good moment of beefcake in the whole thing, which, well I don't even know what to say about that. Good to see Lena Headey though.

--- Ladies of 52 - Nat reminds us that in just ten days time that Stinky Lulu is bringing back the glorious Supporting Actress Smackdown via The Film Experience. They'll be talking the five nominees for the prize in the year 1952, which includes a Thelma Ritter performance I've never seen. I should get on that!
.
--- Dragon Girl - Rooney Mara is on the record as really wanting to make the second Lisbeth Salander movie now, so get your bits and pieces in order already, studio! I want it to. As she says, she ain't getting any younger, and she's most certainly more frail by the day. 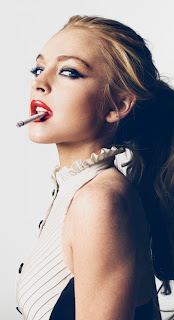 --- Down Time - Lindsay Lohan, fresh off that entirely boggling Canyons experience (not to mention rehab), will next cameo on Eastbound & Down, which god I can only imagine what context they'll use Lindsay Lohan in. But I can't wait! I can't wait for E&D in general, though. Love that show.
.
--- The Fallen - Electronic Cerebrectomy takes a look at several of the Great Movies that fell between the cracks between Entertainment Weekly's list of the 100 Greatest Films of All Time from when they first made the list in 199 until they revised it this year. Some real doozies on there.

--- S Is For Sequel - The list of directors taking on a single fateful letter for the sequel to anthology-horror-flick The ABCs of Death have been announced, and there are some great names in there - Álex de la Iglesia, Bill Plympton, Vincenzo Natali... 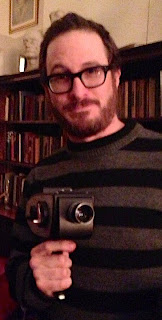 --- Bird Man - Darren Aronofsky looks to be making an espionage thriller based on the book Red Sparrow next, after he gets all of the Noah stuff done that is - it's sounds like the lead is a kick-ass female, so that's cool. Anybody read the book?
.
--- Infanticidal Tendencies - Where else are you going to hear the sentence, "I kept hoping for anything- the pitter-patter of little feet running away from a crime scene, Joan Collins wrestling with a doll..." than a review of an evil baby movie at Final Girl? No place, that's where.
.
Who? Jason Adams When? 12:43 PM

I'm not being negative here. The same thing applies to, say, Eve Arden, and I love everything Miss Brooks has ever done.

Some actors, like Meryl Streep and Philip Seymour Hoffman become the role. Some roles, like anything played by John Wayne, become the actor.