Good Morning, Or Not, Will Graham

Somebody (who is not me) should put together a super-cut of Will Graham waking up bathed in sweat from one of his patented stag-n-slash nightmares. I think it happens nearly every episode...

... and it's never not nice, seeing Hugh Dancy bathed in sweat, no matter how disturbing the moment may be. (And hell... disturbing works, too.) Also, dear Anonymous Person making this super-cut, I ask you...

... to also make a super-cut of Will sitting back in the chair in Dr. Lecter's office. That is also never not nice to look at. 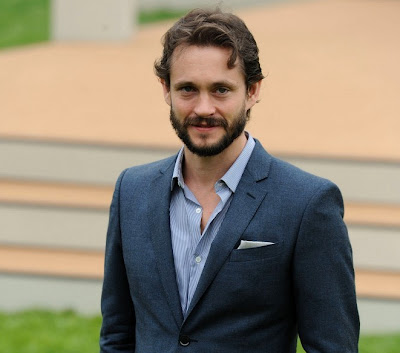 A happy 38th birthday to Hugh Dancy today! I am totally digging the beard you're currently sporting and I hope they let you keep it for season two. Speaking of,  tomorrow's the Hannibal first season finale! Cannot wait. For a story that's sort of got a predetermined outcome - Hannibal will be found out! Eventually he will be in a jail cell! - I really don't know what's coming, at least immediately. That's some feat.
.
Who? Jason Adams When? 9:56 AM

That show genuinely freaks me out. Especially the episode with the girl hiding under the bed. So glad it was renewed, but I almost wish it would have moved to cable so it could be more extreme. Still don't know how they get away with half the stuff they show.