I Finally Saw Alden Ehrenreich In Something! 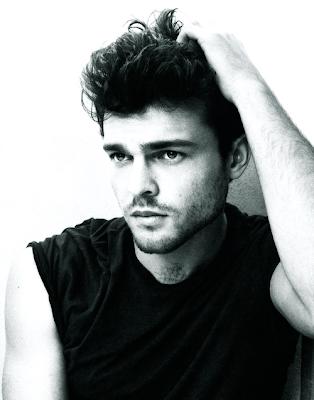 I've been posting pictures of him for about a year (he got a gratuitous post one year minus three days ago, but you should also click here and here and here) but never seen him in anything. I have wanted to see him in something... I just haven't. Until now. I saw Beautiful Creatures last night. And he lived up to all I was hoping for. He's absolutely terrific on screen. Funny and sexy and unexpected. Francis Ford Coppola was right, obsessing over him. 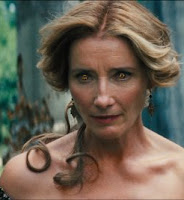 The movie, you ask? Also a lot of fun. It's not gonna blow anybody's hair back but it struts entirely to its own drummer and maneuvers its way through this already stampeded landscape of fantastically supernatural teen-lit with sass to spare. Everybody's having a very good time up on-screen - I'd watch Margo Martindale blow that feather head-piece from out of her mouth on a loop and she's only the bittiest bit-player in a starry cast from corner to corner having a blast.

But I expected that - I could tell from the trailers that Emma Thompson and Jeremy Irons and Viola Davis were gonna masticate themselves a good meal out of all the delectable Southern Fried Silliness. What I didn't expect was that Ehrenreich and Alice Englert were going to center the whole business on such a very charming duo - what Beautiful Creatures does right, and it does plenty of the right sort, is keep its touch light. Oh sure there's doom-laden love prophesies and death and blood and puppy-dogged torment and all of that good stuff - but so many movies get so self-serious that you're just exhausted halfway through and ready for everybody to collapse in a heap, and BC never does. Smack-dab in the middle of an argument between Ethan and Lena about how tormented and impossible their love affair is, one we've heard a million times before, Ethan quite unexpectedly smacks some sense right into the room, telling her she's acting like a brat and they're fighting because they care about each other, and you're so used to people forgetting that basic bit of sense for their self-imposed clouds of doom that it feels like fresh air. Totally adorable fresh air.

I totally agree with you. Alden Ehrenreich is just a charm offensive in this movie. It is so right when Alice Englert says, 'You can't help but be charming.'

And how about Margo making her entrance holding a live peacock?

You MAY have 'seen' him in something else if you ever saw those Natalie Portman/Sofia Coppola Dior ads where she's laying around with a guy in a tux. Had a shock when I realized that he's the guy.