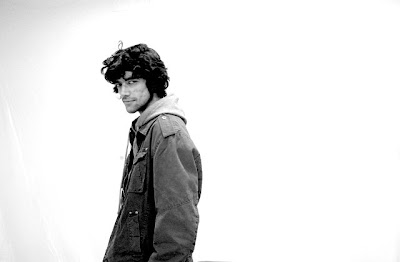 While watching Mama (which I just reviewed) the titular spook and her terribly effed up way of moving seemed really familiar to me, and it was "the girl in the attic" in the Spanish zombie movie [REC] who kept popping to mind - turns out that weren't no coincidence, as both characters were played by the same dude! 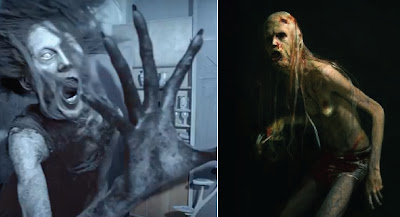 Yes, dude. His name is Javier Botet and I guess he's the Spanish version of Doug Jones, aka a really tall skinny dude who gets to play all the tall skinny bad guys (or in this case girls) in horror flicks these days. (See my previous post of Doug Jones appreciation here.) Botet is only 6'5" (I say only because his skinniness makes him seem even taller than that) - he has Marfan syndrome, which is a genetic disorder that lengthens one's skeleton. In this interview at SYTD he talks about making the first two [REC] movies and says:

"I used [my height] because I knew that was my way to get into movies. I used that, and I'm here thanks to my body. I used to dream about working in movies. And now I work in movies. " 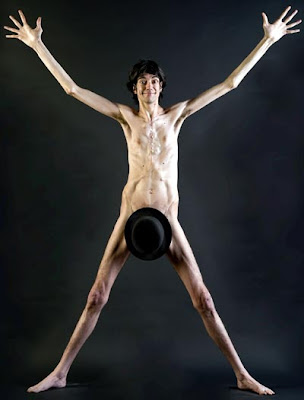 And with his character in [REC] he's sealed his place in film history if you ask me - she's one of the great movie monsters.
.
Who? Jason Adams When? 11:26 AM