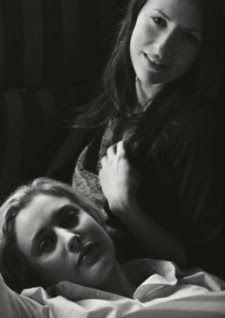 Even though I left the theater absolutely giddy with cinema-tinged glee, I've been hesitant to talk about Frances Ha since seeing it this past Sunday because I really want to talk about a specific moment that comes late in the film, but to talk about it, even to press the existence of there being a special moment, feels wrong, as if I'm betraying the spontaneity of it, or at least the spontaneous reaction I had to it, which was to out of nowhere burst immediately into big bright shiny happy tears.

Well there we are, and I let the cat out of the bag, but at least I was vague to the point of near inconsequence and I stuffed it into a rambling structureless jumble of a sentence. I will divert your attentions with my verbal tomfoolery! Anyway the point is that Noah Baumbach's Frances Ha is one of them movies where you're really enjoying it and really enjoying it as it goes along and then it sideswipes you with a moment that hits you so deep and so hard that it knocks the wind out of you. Such was my experience, at least. 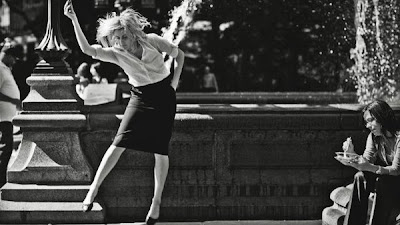 Noah Baumbach and I, we got off to a bad start - I really wasn't that keen on The Squid and the Whale. But with each movie he's made I've come around a little bit more and a little bit more until I liked 2010's Greenberg quite a bit. Well now, with this, he's gone done and made a movie I unabashedly adore. It probably helps that he's turned my beloved Greta Gerwig into his muse slash partner and with this film given her the full-on big-time showcase we fans have been dying to see her get. His adoration of her everything, faults and all, just shines. And she shines back, pretty much fulfilling if you ask me AO Scott's audacious claim that she "may well be the definitive screen actress of her generation." I agreed with him then and I doubly agree now.

Going back to that initial hesitation I mentioned about writing about this movie, that's underlined by how rhapsodic I knew I'd wax - I went into the film with slight but hopeful expectations, and I'd rather you did too. So goes the curse of the hype-purveyor - we build it up, unsure if it'll stand in the wake of those less inclined to fall under its spell. But damn it all this movie bowled me over, and the second it was done I wanted to stand up from my seat, climb up into the projection booth, and bribe them to play it again and again and again. That feeling will stand. Greta Gerwig for everything.
.
Who? Jason Adams When? 3:38 PM
Labels: Greta Gerwig, reviews