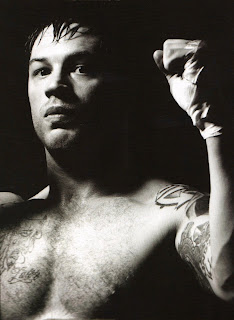 --- The Long Hardy Road - Here's a sentence that's got several pleasure-inducing words all tumbled up in it - Tom Hardy and Michael Shannon are going to make a movie together, and it's based off a play that was written by the guy who wrote the TV show about Thomas Jane's big cock. Let's hope he readdresses Hung's themes for Tom and Mike! Apparently Hardy already did the play, called The Long Red Road, on stage a couple years ago, and Phillip Seymour Hoffman directed it.


--- Slam Man - Don't click on over to this AICN review of Pascal Laugier's The Tall Man unless you've seen it already - and if you haven't seen it already, see it, I liked it. But if you have seen it, get a load of that nonsense. Dude wasn't even paying attention.

--- Riot Girl - Some behind the scenes shots from the current Carrie remake with Chloe Moretz and Julianne Moore have landed over at BD and you might very well see a giant bucket of blood or two - or three even! - if you click on over.

--- Return to the Shire - I'm saving this for later this afternoon when my lunch-time pizza is sitting in front of me and I need something to read whilst I chew, but hey look over at Final Girl Stacie Ponder reviewed the 1998 horror flick The Landlady starring Talia Shire. I have never heard of it either, but what the hey. 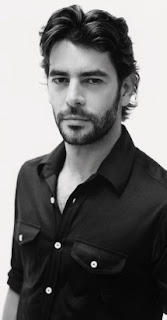 --- First Stand - Slash has the trailer for the new Arnold Schwarzenegger movie called The Last Stand, which I am totally excited about because the guy that made I Saw the Devil directed it, and it co-stars Eduardo Noriega and Rodrigo Santoro. I mean, hello!

--- Supa Two - Joss Whedon's second round with The Avengers will land on May 1st, 2015. Giving the competition lots of time to get out of the way, I guess. Who will play The Scarlet Witch? Amy Acker anyone?

--- New Boloney - The new documentary from the guy who made the wonderful doc Best Worst Movie, about his time starring in the best worst movie Troll 2, has a new horror-themed doc called The American Scream that will be showing at Fantastic Fest at the end of September.

--- The Full LaBeouf - We all wondered when the rumor broke that Shia LaBeouf was gonna be making Nymphomaniac with Lars Von Trier just how far he'd be going in the promised-to-be explicit tale - some of us with gleeful anticipation, and some of us with dawning horror. Well Shia's sharing...

"It is what you think it is. There's a disclaimer at the top of the script that basically says, we're doing [the sex] for real. And anything that is 'illegal' will be shot in blurred images, but other than that, everything is happening."


--- Good Sir Cyborg - Some details on the extras that'll be on the DVD of Prometheus over here, including extra Fassy, because of course there will be. I just want some more full-length shots of him in his snug little suit, s'all I ask.
.
Who? Jason Adams When? 2:32 PM