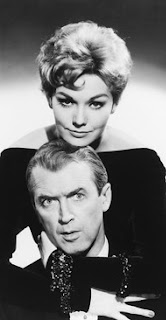 --- Up With Vertigo - Sight & Sound's "Greatest Films" poll has been happening every ten years since 1952, and Citizen Kane has been the undisputed champ for 50 years. (Bicycle Thieves won the first poll.) Until now! Alfred Hitcockc's Vertigo has claimed the throne, and I can't complain about that. I mean obviously they took my lead since I was just saying the very same thing only a month ago. Copycats!


--- Meet Mags - Oh all places where I might see a Synecdoche New York reunion, The Hunger Games was not what one I was expecting. Phillip Seymour Hoffman joined Catching Fire the other week, and now the actress Lynn Cohen, who played PSH's mother in Synecdoche, is joining the film as Mags. Mags is an important character in the book but I'm sure her part will be smaller in the movie, they always are. Old ladies, that is. 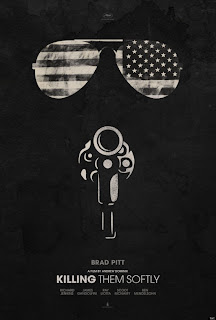 --- Post Coogan - Haven't watched this yet but will as soon as I get the chance - here's the trailer for Brad Pitt's reunion with his Jesse James director Andrew Dominik in Killing Me Softly (previously titled Coogan's Trade). If it's even a quarter as amazing as The Assassination of Jesse James... it will be worth watching.


--- Hammer Foe - Mads Mikkelsen dropped out of the running to play the big bad in the Thor sequel in order to play Hannibal Lecter for Bryan Fuller, and now Christopher Eccleston is picking up Mad's sloppy seconds and will now be the one to run around enormous Chris Hemsworth shouting like a flea.

--- Space Jockies - The studio is actively working on making a sequel to Ridley Scott's Prometheus. It probably won't be around for several years though, since Scott's so busy with that movie starring Michael Fassbender's cock in a suit, and then he'll maybe make a Blade Runner sequel too.

--- Slave Girl - The little girl who starred in Beasts of the Southern Wild has joined the cast of Steve McQueen's Twelve Years a Slave (which will inevitably co-star Michael Fassbender's cock in old-timey suits and breeches), and I wrote some about that over at The Film Experience yesterday. I looked up how to spell her name before but I'm being lazy right now. You know who I mean. Hushpuppy girl.

--- And finally, Michael Fassbender's cock in superhero spandex will star in what's now being called X-Men: Days of Future Past (at least for now), which will be the sequel to X-Men: First Class. DoFP is a storyline in the comics from the early 80s that deals with alternate timelines and big evil robots, and it makes geeks straight up wet.

The best part about the Prometheus 2 news is that Damon Lindeloff isn't coming back. Yay, no more recycled LOST tropes.