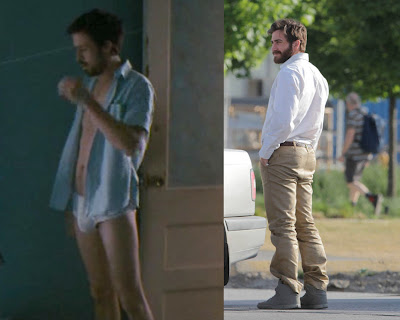 Looks like Jake Gyllenhaal has maybe gotten the bug back for doing his job, aka acting (with a secondary but very important portion of that position "being a hot piece" as well) - he's lined up another gig! Gyllenhaalics the world over cheer. He's signed up to work with the film-making duo of Ryan Fleck and Anna Boden on their next flick, a gambling drama slash road trip slash buddy thing. Fleck & Boden got a great performance out of Ryan Gosling in Half Nelson back in 2006, setting him off towards his current spate of international spectacularism, so maybe they can help a Gyllen-brother out, too. The Playlist says this of the movie, to be called Mississippi Grind...

"... [it] will tell the story of a down-on-his-luck gambler facing crushing debt, who teams up with Gyllenhaal's character, a gambling addict, in an attempt to change his luck. The two then set off on a road trip through the South with visions of winning back what has been lost."


So cast your daddy fantasies now - who should be the older gentleman that Jake spends all this time with, sleeping in dingy hotel rooms together, trying to keep warm at night... I'm thinking Dennis Quaid. 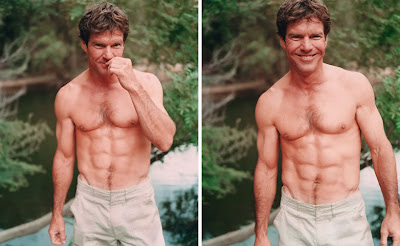