Day 4 of the 2011 Pantys commences, and today's focus, as much as there is any focus here ever, will be on the year's horror movies. So what better way to start then with Patrick Wilson (I could end the sentence there and it wouldn't lose a thing) in James Wan's marvelously effective Insidious, in one of the many character beats he's given therein regarding his character's middle-aged vanity. I wish they had pushed it a little bit harder, but what they did gave his character an edge that added to his later... behaviors. Like, they could have translated this into more than just a quick scene of him walking around the house in a tee and boxers like was all we got. Patrick Wilson is not shy, movie! Anyway I capped that scene since it's the best we got from the movie and any Patrick Wilson is better than no Patrick Wilson. See 'em after the jump. 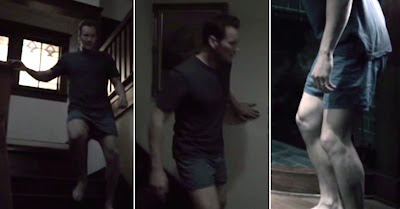 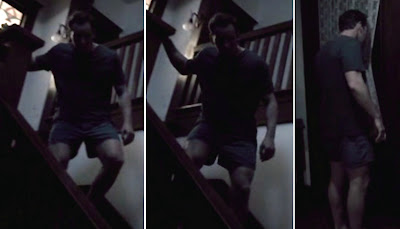 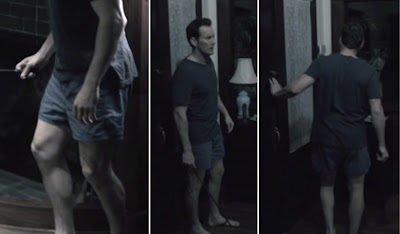