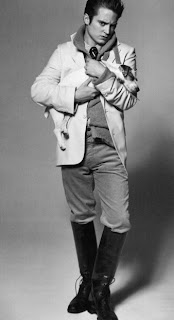 --- He's A Maniac - Every couple of days my mind drifts to the Alexandre Aja directed remake of the sleaze-filled 1980 slasher Maniac starring Elijah Wood and I'm all, "Wha?" So I read this piffle of an interview with one of the actresses in the film with curiosity. She's all, "I've never seen the original, but this is totally different!" and she says that Aja made all of her favorite horror movies of all time (???), so whatever, but still. Wha?
--- Southern Cabin - AICN runs through the films that are showing at this year's SXSW festival, which apparently includes Joss Whedon scripted Drew Goddard directed long long awaited The Cabin in the Woods, sigh, I want it. AICN has seen it already and says:

"I feel very confident that this will be talked about for most of the year, especially when they see some of the wild imagery that Drew Goddard and Joss Whedon have cooked up. One sequence - I won't spoil, but involves a bunch of elevators - made me want to stand up and applaud. It's a hell of a horror movie, and it's so much fun." 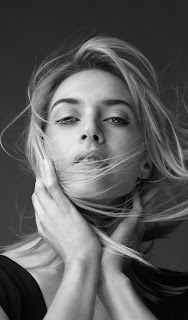 --- Sad News, Kate Winslet isn't going to be in Charlie Kaufman's movie Frank or Francis after all, boo. I missed that tidbit when they announced Paul Reubens (and Elizabeth Banks) were going to be in it, I guess. I just blocked it out, because it sucks!
--- Speaking of Charlie Kaufman things, Spike Jonze is working on a movie that isn't the Charlie Kaufman movie we thought he was making, says Slash. Jonze is gathering together a (awesome awesome) cast including Amy Adams, Joaquin Phoenix, Samantha Morton, and Carey Mulligan for a movie about a man that falls in love with a computer voice. What's confusing is that script of Charlie Kaufman's that Spike is also attached to doing is also supposed to star Mulligan and Phoenix. Maybe he will just make both movies simultaneously! It's been too long since I've had a Spike Jonze Joint in my life, having two would rule.
--- Thirteen Thirteen - Bryan Fuller's reboot of The Munsters is not going to be called The Munsters, but rather it will be called Mockingbird Lane, after their memorable address of 1313 et cetera. According to TV Line they are in the casting stage right now. 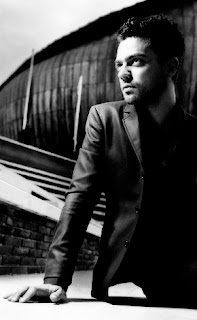 --- Silent Dom - We told you about Motor City awhile back - it's that thriller that will star Dominic Cooper in which he is only supposed to have a single line of dialogue the whole running time. Well Oscar Nominee Gary Oldman (how nice to be able to say that) has just joined the thing as the bad guy. He makes a good bad guy!
--- Patience Is A Virtue, and I guess I am virtueless - I posted some shitty-quality screencaps from a clip of a trailer on Entertainment Tonight for The Hunger Games earlier, but I should have just waited because now the whole trailer's released in great quality over at Yahoo. I'm waiting until I get home tonight and can watch it properly to, uh, watch it properly.
.
Who? Jason Adams When? 4:42 PM