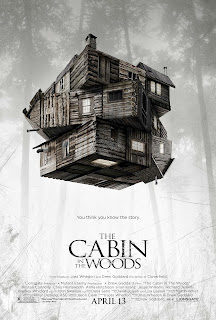 --- Rubik's Cabin - AICN not only debuted the really cool poster for Joss Whedon and Drew Goddard's Cabin in the Woods, seen there to the left, but Harry also got a few hints from those two - emphasis on few - about stuff regarding the movie. I mean, really it's nothing, but it's something too. Ya know? You know! They also joke that the next poster will of course feature a shirtless Chris Hemsworth, but I'm choosing to think of it not as a joke, BUT A PROMISE. Anyway this movie needs to sit on my face already. Unfortunately it's not out until April 13th. Gah!
--- Return To Amity - James Wan, whose career I now follow because of how much damned fun Insidious was, is going back to paranormal investigating for his next movie, but this time it's real - he's setting up a movie about Ed and Loraine Warren, the real-life team who gained notoriety over their research into the Amityville Horror house, which eventually led to all those Amity movies, and Ryan Reynolds looking like this. If only every investigation led to Ryan Reynolds looking like that!
--- Sultan of The New Flesh - Over at The Film Experience, Nat's interview with David Cronenberg is really really good, go and read it. Love the whole portion on how DC would never go back and polish up his old movies and sees them as historical documents of their time.

--- Double Doc'd - Hey, who doesn't want a Watchmen 2 comic not written by Alan Moore, ya know? That sounds like a terrific idea! Just terrific. This is where I need that sarcasm font that doesn't exist.
--- Bieber Fever - Everybody's linking to it but that ain't gonna stop me - John Waters' top ten list of movies he's seen this year. Yes, he brings out the Beiber, which reminds me of this picture. Jinkies.
--- Wicker Two - It's been a long long road since we first heard that Robin Hardy was making a sequel to his 1973 classic The Wicker Man, but here we are and The Wicker Tree is a thing with an actual trailer and a poster for it via BD. It's out in January. Christopher Lee!

--- Girl Song - Slash has some info on how you can get your mitts on some of Trent Reznor's score for David Fincher's The Girl With The Dragon Tattoo. I just want that Karen O. "Immigrant Song" cover that we heard in the first trailer dammit! 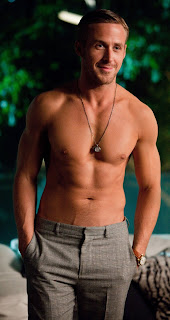 --- Laidless - The Awl talks about the desexing of menfolk in the movies, mainly in comedies and with a focus on romantic comedies - that is, in order to be A Good Man, he must'nt stick his pee pee anywhere near a vagina lest he be spoiled for The Prize Vagina waiting for him at the end. There's definitely something to it but I can think up several examples otherwise - I was reminded the other day of how Jason Segel plows a dozen ladies after his break-up with Kristen Bell in Forgetting Sarah Marshall. And never forget Gosling in Crazy Stupid Love! But in general I agree we're skittish about sex, of course we are.
--- Pill Poppin' - Steven Soderbergh's supposed retirement is holding off even longer as he reveals he'll be making something called Bitter Pill, from a script by Scott Z. Burns who also wrote The Informant! and Contagion for him (not to mention the book World War Z). It is a "potboiler thriller" about "a troubled and depressed woman who is taking serious amounts of prescription drugs to deal with the anxiety surrounding the pending release of her husband from prison." Mkay. 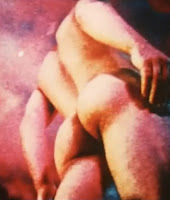 --- A Touch Of Pink - Club Silencio published a gloriously gorgeous and gay gallery of gratuitous beauty from 1971's gloriously gorgeous and gay Pink Narcissus.
--- Linin' Up Liman - Crazy Asshole Tom Cruise is getting his mitts onto another one of my favorite directors, Doug Liman, for his next movie.  It's a Groundhog Day story set in a war where a dude keeps having to fight over and over... so basically it's Source Code 2. But I'll be forced to see another Tom Cruise movie because of the Doug Liman factor, just like I'll have to do in a few weeks with Mission Impossible 4. It is so very very hard to be me, you guys.
.
Who? Jason Adams When? 10:53 AM

You can already hear the whole version of the Immigrant Song from the trailer: http://thefilmstage.com/news/trent-reznors-massive-3-hour-39-track-dragon-tattoo-ost-unveiled-download-35-minutes-now-for-free/

Pretty sure you can buy it on iTunes, too.

What would I do without you, RJ? I'd have to look up the things I bitch about myself, and nobody wants that! ;) Thanks!