Trollhunter in 250 Words or Less 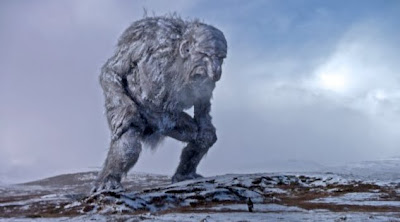 What Trollhunter lacks in imagination, it makes up for with... imagination. That is, it's a fairly standard we've-seen-this-a-dozen-times-on-SyFy found-footage film about a bunch of in-over-their-head kids with cameras who decide to document their immersion into a situation they're not at all prepared for where they keep running into the fire when any person with half a brain would be heading to the hills pretty much only because if they ran for the hills the movie would be over.
But oh what a situation! There's so much fun and resourcefulness and wit thrown into the reason for this movie's season, the trolls - the variations, the rules, the designs. It's just a blast to watch the movie play with them. As soon as the hunter felt the need to make sure everybody was an atheist - because trolls smell Christian blood, natch! - I knew I was in for a treat, and the movie didn't disappoint to that end. The set pieces are all really well done - a disgusting time in a troll hole and several shout-outs to the T-Rex scenes in Jurassic Park were great - and it all builds to a well beyond what I thought the movie'd be capable of ending. It's a fun movie - if I were 12 this thing would've blown my mind. 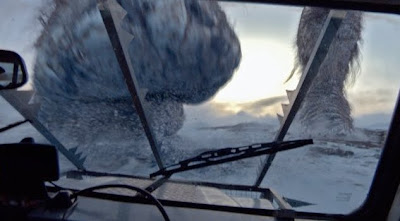