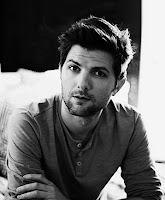 --- Great Scott - Sometimes I think to myself, Self, hello. Adam Scott really couldn't be any more awesome and deserving of the crush the world has on him, could he?" And then I reajavascript:void(0)d an interview with him like say today's in TimeOut and I realize that I've been such a dreary fool, of course he can be, and of course he will, time over and time again, he is incapable of being anything but the most awesome and adorable lollipop-headed man ever. He also says the Party Down movie is at like a 90% going-to-happen, which yay! I keep seeing all these mentions of there being a cult for that show now and it just pisses me off, though. I would like to enter into evidence all my posts on the show, even from before it even started airing back when we thought Paul Rudd would be on it. Fuck y'all people that didn't support it from Day 1! You're why it's not on anymore, I hate you!

--- Hillbilly Handfishin' - Speaking of adorable men who you fall back in love with every time you read an interview with them (or see them in a red speedo, for that matter) STYD chatted up Alan Tudyk whose supposedly-hysterical horror-comedy Tucker and Dale Vs. Evil is out in limited release and on VOD today.

--- Pro Frills - Glenn made sweet love to some images from the BluRay of Kelly Reichardt's gorgeously-shot Meek's Cutoff over at Stale Popcorn and reminded me how much I loved that shot of Zoe Kazan's costume blowing around her head like the frill on a dilophosaurus Frill-necked lizard.

--- D Is For Decapitation - Been hearing about The ABCs of Death for awhile now - it's an anthology horror movie where 26 different horror directors will each be assigned a word about death from a letter of the alphabet (A is for Asphyxiation!) to make a horror short about. These things are always hit or miss and it's often the directors you're most excited to see within that are doing the missing but looking at the just-finalized list of directors I'm still excited all the same. Ti West, Simon Rumley, Angela Bettis, Xavier Gens, Andrew Traucki and Nacho Vigalondo to name just a few! 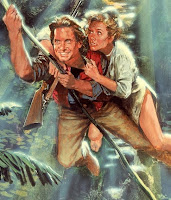 --- Jewel of the Defile - Why is this still being mentioned, as if it might happen? Don't they know that if they try to remake Romancing the Stone with Gerry Butler and Katherine Heigl the people will rise up and burn Hollywood to the ground? Why don't they know that? We need to let them know this. There's only so far we can be pushed before we start pushing back!

--- Milk Made - I didn't really like the baby-horror movie Grace that much as a whole but I can't honestly say that I don't think of the movie whenever breast-feeding comes up in conversation (which obviously happens all the time) so it left a mark, at least. It's director Paul Solet is lining up his next movie and STYD's got the info. It sounds kind of stupid, like The Strangers meets Hostel. 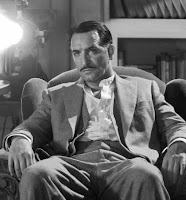 --- All That Spazz - At first I didn't think I'd have much interest in the gimmicky movie The Artist - a black-and-white silent film made in 2011 - but I'm actually starting to come around to the idea. At least, like Nat says in his take on the just-released trailer, it seems to be a genuine love-letter to movie-making, even if singing and dancing has never been my cuppa. I'm probably gonna check it out at NYFF so we'll see. It doesn't hurt that it stars ?, who we've already lusted over here before. Looker!

--- Hey Coop - According to Michael Ian Black everybody but his boning-partner Bradley Cooper have made it known that they would totally do a Wet Hot American Summer sequel. Black also talks about that gay sex scene exactly the way I wish every actor would talk about such things.
.
Who? Jason Adams When? 10:28 AM

I'll join you for said burning of Hollywood if they do a Romancing The Stone remake. Only Kathleen Turner can be Joan Wilder.

Tucker and Dale Vs. Evil is hysterical. But don't don't don't watch the YouTube trailer, because it gives you the entire movie..