Can This Just Happen Already? 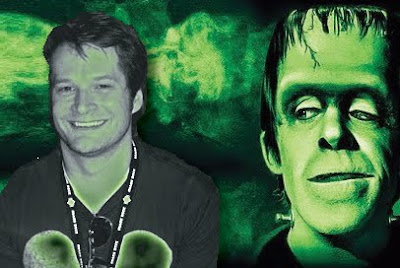 It has been 2 years, 1 month, and 29 days since the last episode of Pushing Daisies was burned off by ABC in the Summer of 2009, and save a brief but better-than-it-deserved run on Heroes, the world has been a sad Bryan Fuller-less place. There's been no sparkle! There was news way back in September that he was working on an update of The Munsters for NBC... news that went without update... until today. THR has the scoop:

"New NBC Entertainment topper Robert Greenblatt is said to like the idea of a remake and has asked Fuller to take another attempt at the project.
Fuller and NBC first made an attempt to revive the 1960s CBS sitcom last year, with the Peacock ultimately passing.
Fuller’s new look is said to be an edgier and slightly darker hourlong take exploring origins of Herman and Lily Munster (Fred Gwynne and Yvonne De Carlo) and how they arrived at the famed 1313 Mockingbird Lane address."

Can't someone think of the children me and just get this sucker going already? I don't wanna live in a world without my weekly dose of Bryan Fuller wit and wonder. That sentence has a lot of w's.
.
Who? Jason Adams When? 5:57 PM