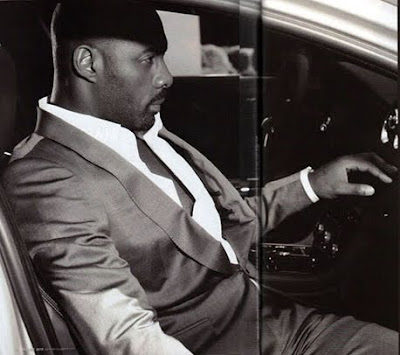 Idris Alba, who just cut a memorable mini-swath through Thor in a gold gladiator costume and some intense colored contacts, seems to be a little bit on fire right now - not only is he heavily rumored to be picking up the lead in Quentin Tarantino's Django Unchained (if the rumors that Will Smith's not taking the role turn out to be true, that is), but now he's apparently up for a part opposite my beloved Charlie Hunnam in Guillermo Del Toro's not-Godzilla movie about giant Godzilla-like monsters, Pacific Rim. Not to mention that he's currently shooting Prometheus, the not-an-Alien prequel, with Michael Fassbender. His specialty is apparently not-a-fill-in-the-blanks. Who knew being the slab-of-man-meat in a Beyonce and Ali Larter sandwich could lead to such lofty heights? 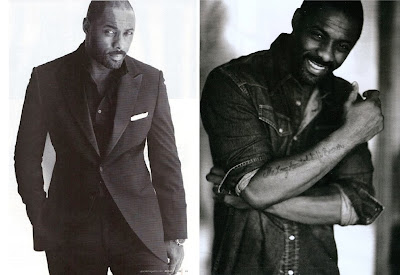 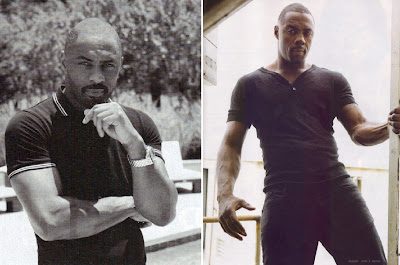 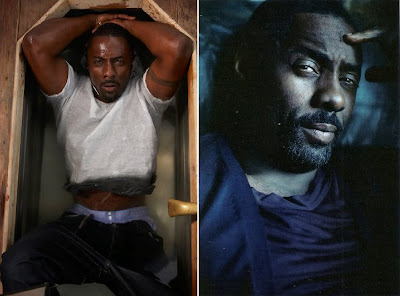 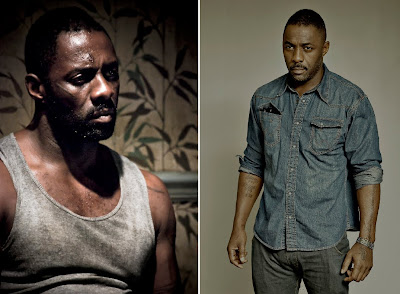 No mention of The Wire, which started it all (and is far more important than the garbage movies he's been in)?

I knew I'd get called out for not mentioning The Wire! You Wire fans are relentless! ;) I've still never seen the show.

He would be about nine times better in 'Django Unchained' than Will Smith. That would be my dream casting. He's so hot, I watched a Tyler Perry movie for him.

Hearing him with his real British accent in Luther is pretty awesome, too.