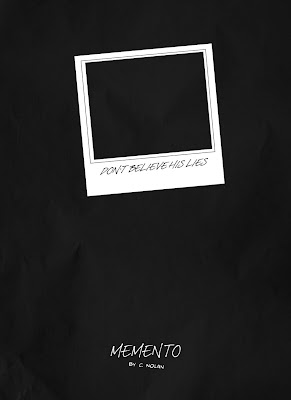 In celebration of the 10th anniversary of Christopher Nolan's Memento tomorrow, The Film Experience has devoted the latest installment of the "Hit Me With Your Best Shot" series - in which whomever wants to posts their favorite shot from a TFE specified movie and Nat rounds 'em all up over there - to that film.

A couple of things went through my mind as I scanned through Memento. Firstly, whenever I think of Memento I can't help but couch it in personal terms because it was this film that my boyfriend and I saw on our first date. So it hitting ten years tomorrow makes the reality of my own anniversary all the stronger. How it's flown! What seems odd is our anniversary's not until May so apparently Memento played in NYC for quite awhile. And also apparently I was in no rush to see it. Which, knowing me, I usually rush. Hmm.

Anyway you'd think that because of that personal association I'd be more attached to the film, especially since it's a film I do like, but scanning through it today I realized it's been years and years since I've watched it. And I don't know what it was about looking at it this time but I just kept thinking of the Wachowskis 1996 film Bound the entire time. Was it just the Joe Pantaliano factor? I don't think so. Although Bound is much more visually stylized than Memento there is something very similar about the worlds they inhabit and the way they play with their storytelling.


And then there's my favorite shot of Memento...

... which is only managing to remind me of Bound some more. 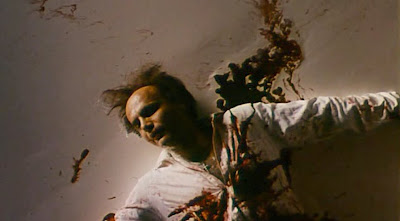 Not that Bound is the first film to exploit the visual of blood
spreading across a clean white surface by any means... 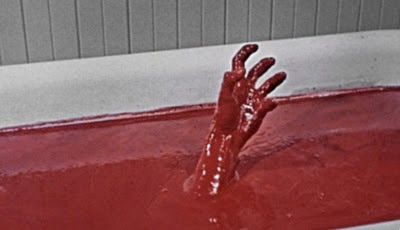 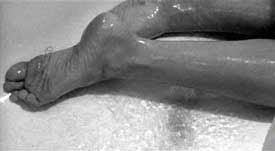 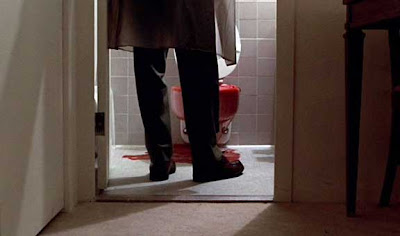 It's a standard, tried and tested and long admired.

What I find especially interesting about Memento's shot (besides the fact that the blood is as black and inky as night) is the way everything in it works to underline what is happening and the import of this moment - here is where Leonard's memory escapes him.

.
His wife is already freshly blanketed under a fog, shapeless and obscured. A cloud of darkness surrounds his face, spreading outward from his eyes. The camera swirls above them counter-clockwise, as if moving backwards through time, as the movie itself does. And it lands upon blankness, a white hive of tiles, compartments left empty but interconnected in a complicated and repeating pattern. The texture is reminiscent, without being completely obnoxious about it, of the brain itself.
.
Who? Jason Adams When? 6:00 PM

great observation. i almost picked this shot but didn't have much to say about it for the reason you first mention (a lot of films using that blood interrupting a pristine surface gimmick) but you found a way. bravo.

Why don't I remember this scene?