She Has Danced Into The Danger Zone... 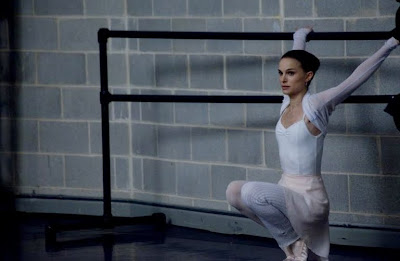 ... when a dancer becomes a dance! There's a good chance that with a second viewing Black Swan could become my favorite Aronofsky movie. If you're at all familiar with the way I feel towards Requiem For a Dream then you know what a big deal that statement is. And if your not familiar, it is. A big honking deal.

It took some time. I wasn't infatuated with it at the start. I was enjoying it, but from a removed distance - a large portion of my mind was devoted to sussing out where it was falling within my expectations. I was looking forward to this movie so so very much that I was sitting outside of it, judging it. And then shit went bonkers (keep an eye on that nail file, y'all) and there wasn't going to be anymore sitting outside of this movie. Nuuuuh uh. None o' that. 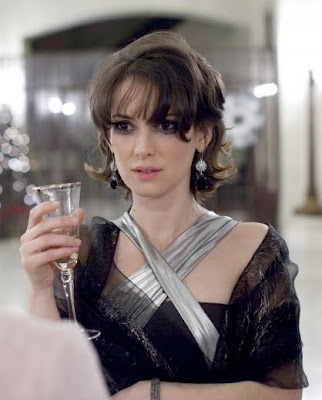 People are going to judge the film for its camp operatic nature - for Aronofsky's basic down-to-a-metaphor lack of subtlety. Requiem got the same deal (and nobody bothered wasting the effort it'd take to form the charge with The Fountain since duh, we just watched Hugh Jackman vomit flowers). Why these people are bothering with Aronofsky movies I'm not entirely sure - his tendency towards BIG is what I love about him. He wants you to feel that heroin oozing into your vein, he wants you to feel that barbed wire and glass burrowing under your tights, and here he wants you go right off the deep end with a girl in a tutu. Perhaps what confuses or annoys these critics is the way that he grounds these fantasticies (fan-tan-tah-sees: as in fantastic fantasies; I just made that word up but it's totally appropriate so I'm leaving it) in the horrible mundanity of the flesh - here' of Nina's cracked toenails and peeling skin. The way our bodies betray so much - all of our interior agonies and ecstasies right there on display for the world to see, and judge accordingly. If you can't even bend over backwards for everybody then what good are you anyway, wasting my time...

Okay all that's great, but I can hear you asking - is it scary? Oh yes my dears, it is delightfully creepy. It seeps in in starts and fits at first and you think it's going to be a bunch of jump-scares, some shadows passing in the background with an according screeching thump on the soundtrack to make you sit straight, a face suddenly thrust into frame, but then it starts to get downright insidious. The last act is across a tight-wire over a pit of hell flames licking at a pair of pink silky slippers, and it's glorious. 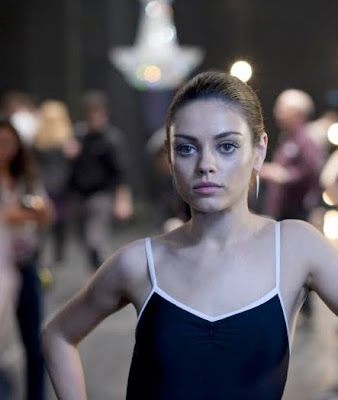 And funny! Can you believe funny? This movie is so funny! I couldn't believe it. Mila Kunis is a lil' firecracker for one but there's so much humor interjected into those last stages of madness, of Barbara Hershey chomping her giant teeth down and Winona Ryder sloshing around a champagne glass with smeared mascara and Vincet Cassel thrusting his sexy skinny hips and grinning like the dorkiest scamp you ever done seen. And right around the time the big scary black swan man in his big scary black swan costume tosses out a friendly, noncommittal "Hey" to our shrilly disintegrating heroine whose been ravaged by nightmares of him for weeks I knew this thing was wholly committed to its joke. 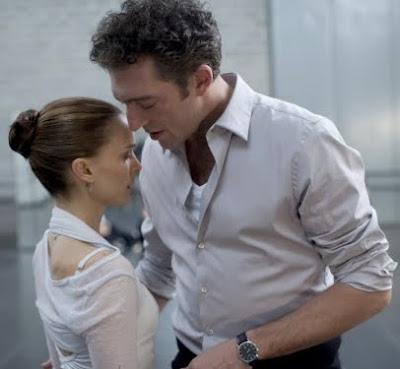 Meanwhile saying that Natalie Portman's simply the best she's ever been does how good she is here a disservice because she's only really been pretty good before. Don't get me wrong, I've been a fan and think she's gotten her unfairly bad acting rap mainly because of George Lucas' (un)doing, but even when she's been good before she's never been good like this. Look into her big red eyes when her head swings around during the black half of her swan dance and tell me she isn't knocking it outside the fences. Or if you need a smaller sweeter moment just look at when she gets good news and calls her mother on the phone - the way she's overwhelmed, that palpable sense of simultaneous relief and joy, it snatches you right up where you're sitting.

And speaking of being snatched up where you're sitting, sit back and marvel at the way the camerawork in the dance scenes progresses. The way it weaves in and out of the performers, swinging and swooping with them but always somehow insanely keeping Portman right there in the center, the center of a storm of arms and legs and blackness, so much encroaching blackness. And the way that the films grows prettier and prettier and Nina crumbles apart. And then sit back and marvel as the final shot engulfs you at how in sync Aronofsky's claim that this his his female Wrestler was. 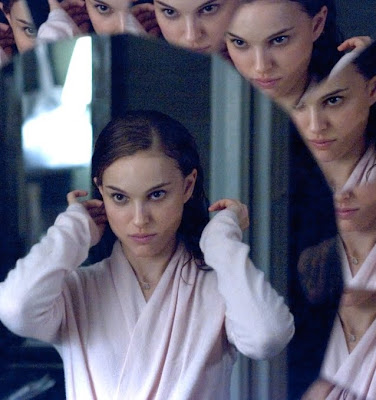 Truth is I could go on and on about how much I fell for Black Swan and how much with passing time my thoughts on it have blossomed into an outright mania, but it's not fair since most of y'all haven't gotten the chance yourselves and I'm practically awash in salivation myself for wanting to see it a second time. So let's just all close our eyes and wish real hard and transport ourselves to the time where we're all right there in that dark theater with Nina ourselves and she's spreading her foul beautiful wings for us over and again.

Cassel's closing comment during his Fresh Air interview was adorkable as well.

I don't know how it never hit me that he's totally a dweeb, but now that it has I like him even more. A sexy Gallic dweeb but a dweeb nonetheless.

Doesn't get here until the end of January for us. And I am pissed about it.