My cousin always liked to put a gratuitous amount of ketchup onto his food. Like everything. It was gross. But that's not what I am talking about! I'm talking about catching up on some sexy lads that've found themselves photographed but unposted. First up I apparently never got around to posting the final shots of Charlie Hunnam inside of Men's Fitness, so let's do that first. 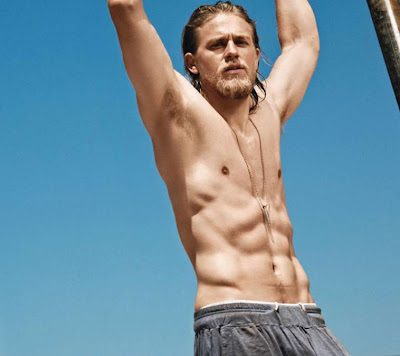 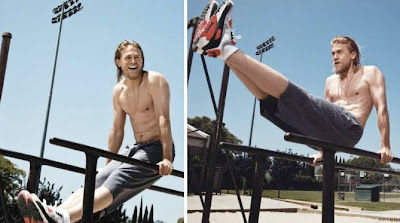 Here are some screencaps from the videos of that shoot. Next! Aaron Eckhart was caught jogging shirtless recently which made me think dude's never caught like this, so this must be his publicist's doing. He's got that Battle: Los Angeles movie coming out in March, gotta prove himself action-stud worthy. It's working, Aaron! Now just find shorter shorts. 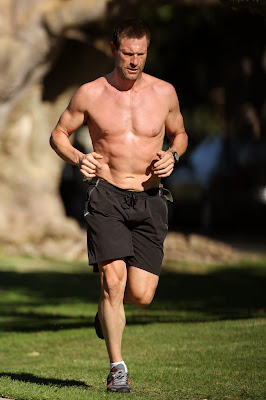 And finally, these shots of Josh Hutcherson, so good as Laser in The Kids Are All Right, and Dwayne "Not The Rock Anymore!" Johnson filming their sequel to Journey to the Center of the Earth amuse me, through my own filthy-minded projection. 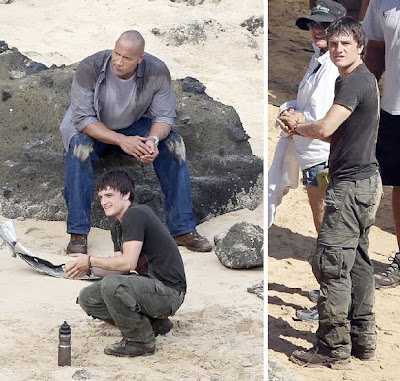 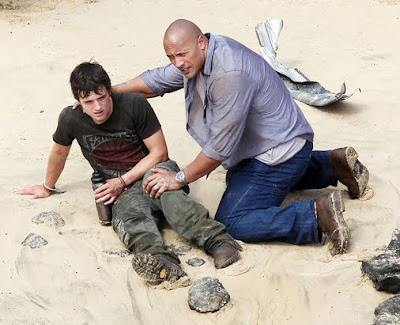 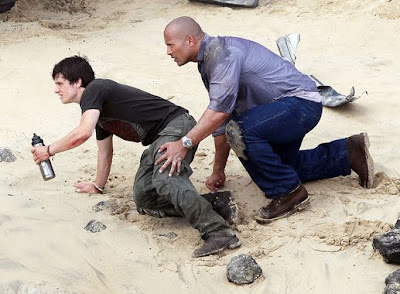