"Too Much" Is Not Enough 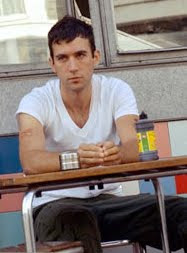 Sufjan's released a second track for free download from his upcoming album The Age of Adz! It's called "Too Much" and you can download it right here. Whee! Perhaps he'll just release a single track each week until the album comes out in October and we'll have the whole thing for free by then. Not that I won't buy the physical album, I will, because nerd alert. Still, cool beans!
.
Who? Jason Adams When? 12:05 PM