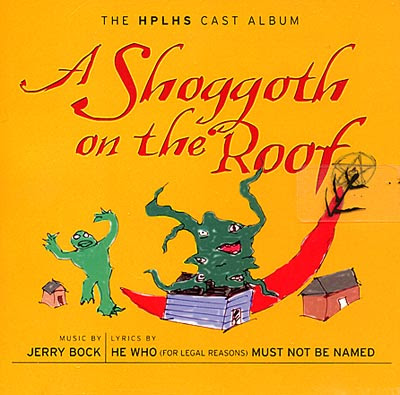 I said a couple of weeks ago that Guillermo Del Toro would no doubt be yapping his glorious big yap a million times about HP Lovecraft's At the Mountains of Madness by the time we get to see his film version of it, and that no doubt I'll link to it every time... well STYD grabbed some quotes from his talk with The New York Times last night at a special event and he got into talking a bunch about the monster design - how Lovecraft refers to everything as "indescribable" and how you've got to, you know, describe these things if you're gonna create something to be put on a screen, as opposed to a page.

"I think monsters have to be powerful, fascinating, and you have to be fascinated in the most strict sense of the word. You cannot avert your eyes from them. There's a school of thought that says the unseen is more powerful, and I agree to a point. Then there is another type of horror movie that is a monster movie, in which the fascination of seeing the monster, and seeing the monster do its deed, is very powerful. Most people watch National Geographic secretly waiting to watch the lion attack the gazelle. [laughs] Ultimately, I think there is a part of monster lore that requires the payoff."