You Can't Piss On Hospitality! 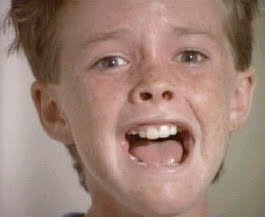 Great news, trolls and trollettes! Best Worst Movie, my seventh favorite film of 2009, the documentary about the cult phenomenon that is the legendary horror disaster Troll 2, is getting a real release into theaters! Says Cinematical:

"There's never any shortage of bad movies in theaters, but how many can say they've shown a good movie about a bad movie? That opportunity will come this spring, when Best Worst Movie -- Michael Stephenson's documentary about the legendarily awful Troll 2 -- finally hits theaters.

The distributor is Area23A, a brand-new company formed by Richard Abramowitz and Kirt Eftekhar, both of whom have plenty of experience getting small independent films into theaters. Best Worst Movie premiered at South By Southwest last year and has since played at more than 15 other fests, winning prizes at four of them. It's been a hit with festival audiences; hopefully regular moviegoers will be charmed by its deconstruction of a cult classic, too.

Speaking of which, you'll definitely appreciate Best Worst Movie more if you've seen Troll 2 (and you will appreciate Troll 2 more if you've been drinking heavily). A double feature seems like a no-brainer, maybe as a special event in select cities. The head honchos at Area23A say they have plans for that very thing, the details of which are forthcoming.

So far, all we have on the Best Worst Movie release is "spring," but we'll keep you posted when the exact date is announced."

As will I, no doubt. When I put BWM at #6 in my Best of 2009 list I did so doubting it'd get a proper release in theaters - joke's on me! But I couldn't be happier to have been wrong - the screening I attended in Brooklyn last Fall of this movie was one of the best times I had at the movies all last year, and getting to see the film again makes me a very happy boy. And as a double-feature with Troll 2, well, yes please. Surely someplace here in NY like IFC Center will step up for that sorta awesomeness. And to all y'all who now have the chance to see the flick for real, again I say, do! Even if you haven't seen Troll 2, this is a fascinating and hilarious documentary about what happens when you find yourself forever a part of a legendarily awful movie. It's a latter day Ed Wood. Here's the doc's trailer:

I never found Troll 2 all that interesting tbh

Now that is entertainment!